Superstar Tenor Jonas Kaufmann Presents You Mean the World to Me, A One-Night-Only Performance of Hits From Germany's Golden Era, in Stern Auditorium / Perelman Stage on Friday, October 5

Tenor Joined by Conductor Jochen Rieder and Orchestra of St. Luke’s for An Evening of Film Music of the 1920’s and ‘30s 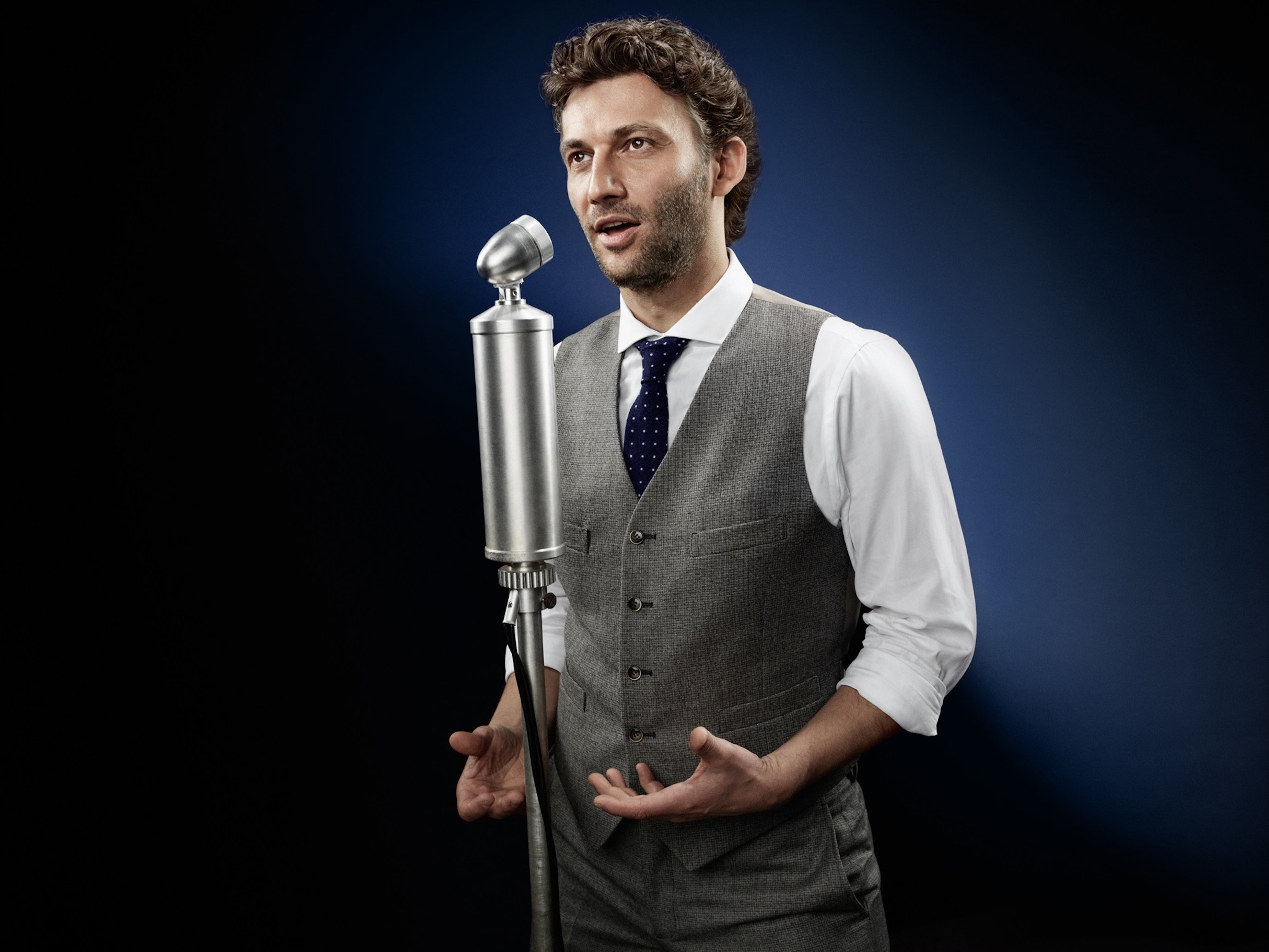 (New York, NY, September 9, 2018)—Hailed as “the world’s greatest tenor” by The Telegraph, superstar German tenor Jonas Kaufmann returns to Carnegie Hall’s Stern Auditorium / Perelman Stage on Friday, October 5 at 8:00 p.m. for a special one-night-only performance of hits from his bestselling album You Mean the World to Me. Accompanied by Orchestra of St. Luke’s, under the direction of conductor Jochen Rieder, this concert features hits from Germany’s Golden Era—a time when operetta and popular song were flourishing—ranging from the unbeatable hits of the “Golden 20s” to the songs of the new “talkie” era.

“Tenors were superstars and were number one in the entertainment industry,” explained Mr. Kaufmann. “All of the composers were trying to compete with each other to give them the most beautiful melodies to sing and among them were famous opera singers like Richard Tauber, Joseph Schmidt, and Jan Kiepura, who had the pleasure of becoming film stars because of the ‘talkie’… so songs were composed, especially for these movies, and became hits all over the world.”

Released in 2014 on Sony Classical, Du bist die Welt für mich (You Mean the World to Me) became an instant bestseller on the German and Austrian classical music charts and even enjoyed unparalleled success on the pop album charts in these countries.

Click here to watch a behind the scenes music video of Jonas Kaufmann recording You Mean the World to Me.

Since his sensational debut at New York’s Metropolitan Opera in Verdi’s La traviata in 2006, tenor Jonas Kaufmann has numbered among the top stars on the operatic horizon.

Mr. Kaufmann comes from Munich, where he completed his vocal studies at the Music Academy. He began his career at the opera houses of Saarbrücken and Stuttgart, and later became a member of the Zürich Opera. He now performs at the world’s leading opera houses, including the Paris Opera, La Scala, Vienna State Opera, Bavarian State Opera, and Royal Opera House, Covent Garden.

As much in demand for Italian and French repertoire as he is for German opera, Mr. Kaufmann’s intense characterizations of Don José in Bizet’s Carmen and the title role in Massenet’s Werther took opera fans by storm. Past performances in New York and London, and his highly acclaimed Puccini recital at La Scala, were broadcast in cinemas worldwide, as was his long-awaited role debut as Otello in Verdi’s opera of the same name at the Royal Opera House, Covent Garden, in June 2017.

Mr. Kaufmann’s versatility is documented on a number of CDs and DVDs in performances of such works as Pagliacci, Cavalleria rusticana, Don Carlo, La forza del destino, Aida, Otello, Tosca, Adriana Lecouvreur, Werther, Carmen, Lohengrin, Die Walküre, Parsifal, Königskinder, and Ariadne auf Naxos. His solo albums are bestsellers only a few weeks after being released; his album Du bist die Welt für mich—which features classic popular tunes of the German Golden Era—even appeared on the pop charts. He has been selected as singer of the year several times by classical music magazines Opernwelt, The Diapason, and Musical America, and by the juries of ECHO Klassik and the inaugural International Opera Awards (London 2013).

Mr. Kaufmann is also a familiar figure worldwide on the concert and recital stage. His partnership with pianist Helmut Deutsch, with whom he worked as far back as his student days in Munich, has proven itself in countless concerts, including his 2011 recital at the Metropolitan Opera; it was the first solo recital given at the Met since Luciano Pavarotti’s in 1994.

Orchestra of St. Luke’s (OSL) began in 1974 as a group of virtuoso musicians performing chamber music concerts at Greenwich Village’s Church of St. Luke in the Fields. Now in its 44th season, the Orchestra performs diverse musical genres at New York’s major concert venues and has collaborated with artists ranging from Renée Fleming and Joshua Bell to Bono and Metallica. In fall 2018, celebrated expert in 18th- century music Bernard Labadie will begin his tenure as the Orchestra’s fifth Principal Conductor. OSL’s signature programming includes a subscription series presented by Carnegie Hall, now in its 32nd season; an annual multi–week collaboration with Paul Taylor American Modern Dance at Lincoln Center; an annual summer residency at Caramoor Center for Music and the Arts; and a chamber music festival featuring appearances at The Morgan Library & Museum, the Brooklyn Museum, and Merkin Concert Hall at Kaufman Music Center. The Orchestra has participated in 118 recordings, four of which have won Grammy Awards, has commissioned more than 50 new works, and has given more than 175 world, U.S., and New York City premieres. Nearly half of OSL’s performances each year are presented free of charge through its education and community programs, reaching over 10,000 New York City public school students. Additionally, OSL provides free instrumental coaching and presents student performances through its Youth Orchestra of St. Luke’s and its Mentorship Program for Pre-Professional Musicians. OSL built and operates The DiMenna Center for Classical Music in Hell’s Kitchen, New York City’s only rehearsal, recording, education, and performance space expressly dedicated to classical music. The Center serves more than 500 ensembles and more than 30,000 musicians each year. For more information, visit OSLmusic.org.

YOU MEAN THE WORLD TO ME

This concert is made possible by a leadership gift from Marina Kellen French and the Anna-Maria and Stephen Kellen Foundation.

Tickets, priced at $85–$170, are available at the Carnegie Hall Box Office, 154 West 57th Street, or can be charged to major credit cards by calling CarnegieCharge at 212-247-7800 or by visiting the Carnegie Hall website, carnegiehall.org.