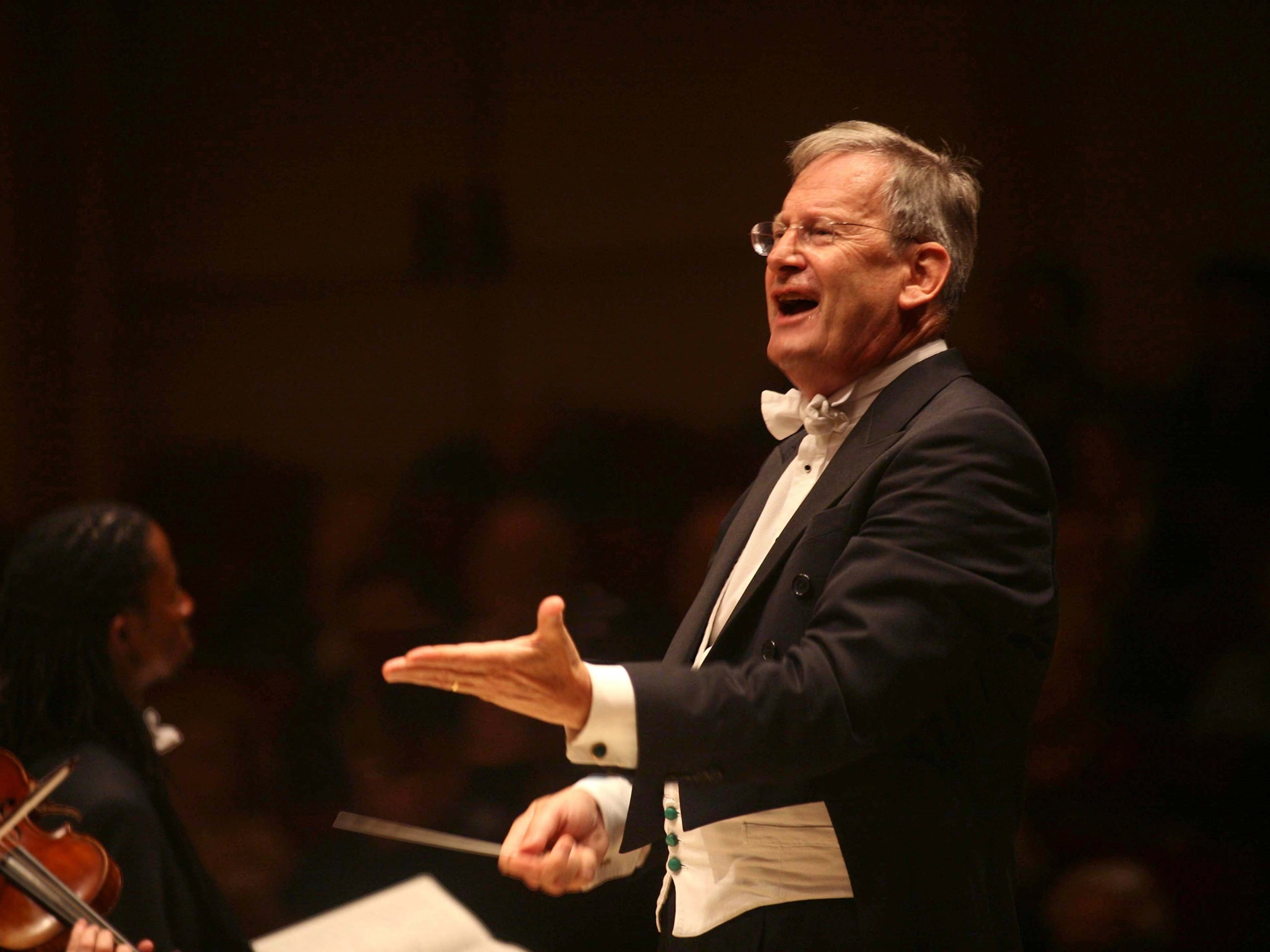 The October 14 concert will be heard by listeners around the world as part of the eighth annual Carnegie Hall Live broadcast and digital series with a live radio broadcast on WQXR 105.9 FM in New York and online at wqxr.org and carnegiehall.org/wqxr. Produced by WQXR and Carnegie Hall and co-hosted by WQXR’s Jeff Spurgeon and Clemency Burton-Hill, select Carnegie Hall Live broadcasts featured throughout the season include special digital access to the broadcast team, from backstage and in the control room, connecting national and international fans to the music and to each other.

The October 14 and 15 Carnegie Hall performances are part of Maestro Gardiner and the ORR’s Berlioz Series 2018, leading up to next year’s 150th anniversary of the composer’s death. The transatlantic series includes engagements in September and October at Hamburg’s Elbphilharmonie, London’s BBC Proms, Amsterdam’s Concertgebouw, and the Paris Philharmonie, and more, as well as additional US concerts in Chapel Hill, NC (October 10) and Ann Arbor, MI (October 12).

Sir John Eliot Gardiner stands as an international leader in today’s musical life, respected as one of the world’s most innovative and dynamic musicians, constantly at the forefront of enlightened interpretation. His work as founder and artistic director of the Monteverdi Choir, English Baroque Soloists and Orchestre Révolutionnaire et Romantique (ORR), has marked him out as a key figure both in the early music revival and as a pioneer of historically informed performances.

As a regular guest of the world’s leading symphony orchestras, such as the London Symphony Orchestra, Symphonieorchester des Bayerischen Rundfunks, Royal Concertgebouw Orchestra and Gewandhausorchester Leipzig, Gardiner conducts repertoire from the 17th to the 20th century. The extent of Gardiner’s repertoire is illustrated in the extensive catalogue of award-winning recordings with his own ensembles and leading orchestras including the Vienna Philharmonic on major labels (including Decca, Philips, Erato and 30 recordings for Deutsche Grammophon), as wide-ranging as Mozart, Schumann, Berlioz, Elgar and Kurt Weill, in addition to works by Renaissance and Baroque composers. Since 2005 the Monteverdi ensembles have recorded on their independent label, Soli Deo Gloria, established to release the live recordings made during Gardiner’s Bach Cantatas Pilgrimage in 2000, for which he received Gramophone’s 2011 Special Achievement Award and a Diapason d’or de l’année 2012. His many recording accolades include two Grammy awards and he has received more Gramophone Awards than any other living artist.

A life-long devotee of the music of Berlioz, Gardiner and the ORR have performed and recorded the French Romantic composer’s works, including the world premiere recording of Messe Solennelle and a definitive DVD of his Les Troyens. Their landmark live performances of Berlioz’s music include a critically-acclaimed concert of The Damnation of Faust at London’s BBC Proms last summer. Gardiner has also conducted opera productions; at the Royal Opera House, Covent Garden, at the Vienna State Opera and at Teatro alla Scala, Milan. From 1983 to 1988 he was artistic director of Opéra de Lyon, where he founded its new orchestra. Following the success in 2008 of Verdi Simon Boccanegra at the Royal Opera House, Gardiner returned there in 2012 to conduct Verdi Rigoletto, and in 2013 Mozart Le nozze di Figaro, to coincide with the 40th anniversary since his ROH debut. In autumn 2015, he returned again to ROH to conduct Gluck Orphée et Eurydice, with the MC and EBS, co-directed by Hofesh Shechter and John Fulljames.

Among numerous awards in recognition of his work, Sir John Eliot Gardiner holds several honorary doctorates. He was awarded a knighthood for his services to music in the 1998 Queen’s Birthday Honors List. In 2016, he was awarded the Concertgebouw Prize.

Founded in 1989 by Sir John Eliot Gardiner, the Orchestre Révolutionnaire et Romantique aims to bring the stylistic fidelity and intensity of expression of the renowned English Baroque Soloists to the music of the 19th and early 20th centuries. From its inception the ORR has won plaudits internationally, notably for its interpretation of the works of Beethoven, which it performed extensively and recorded for Deutsche Grammophon in the 1990s.

The Orchestra has been internationally recognized for its interpretations of all the major early Romantic composers, starting with Hector Berlioz. They performed and recorded his Symphonie fantastique in the hall of the old Paris Conservatoire, where the very first performance took place in 1830. In 1993, together with the Monteverdi Choir, the orchestra gave the first modern performances of the newly-rediscovered Messe Solennelle. They later joined forces to perform L’Enfance du Christat the Proms as well as the first complete staged performances in France of Berlioz’s masterpiece Les Troyens, given at the Théâtre du Châtelet in Paris.

Other critically-acclaimed initiatives have included a project entitled ‘Schumann Revealed’ given at the Barbican, including recordings of the complete Schumann symphonies and Das Paradies und die Peri. In 2007/8 ‘Brahms: Roots and Memory’ given at the Salle Pleyel and the Royal Festival Hall, setting Brahms’ four symphonies in the context of his most significant choral works and music of the 16th to 19th centuries that Brahms himself transcribed and conducted.

Most recently, the ORR has been focusing again on Berlioz, performing Berlioz’s Symphony fantastique and Beethoven’s Symphony No. 5 at the BBC Proms 2015, followed by performances at the Edinburgh International Festival and Festival Berlioz of Berlioz’s Lélio and Symphony fantastique. In 2016, they returned to the Proms with Berlioz’s Roméo et Juliette as part of the Shakespeare 400 celebrations. More recently the Orchestra toured a programme of Beethoven, Schubert and Brahms with renowned concert pianist Kristian Bezuidenhout.

The Orchestre Révolutionnaire et Romantique is under the patronage of HRH The Prince of Wales.