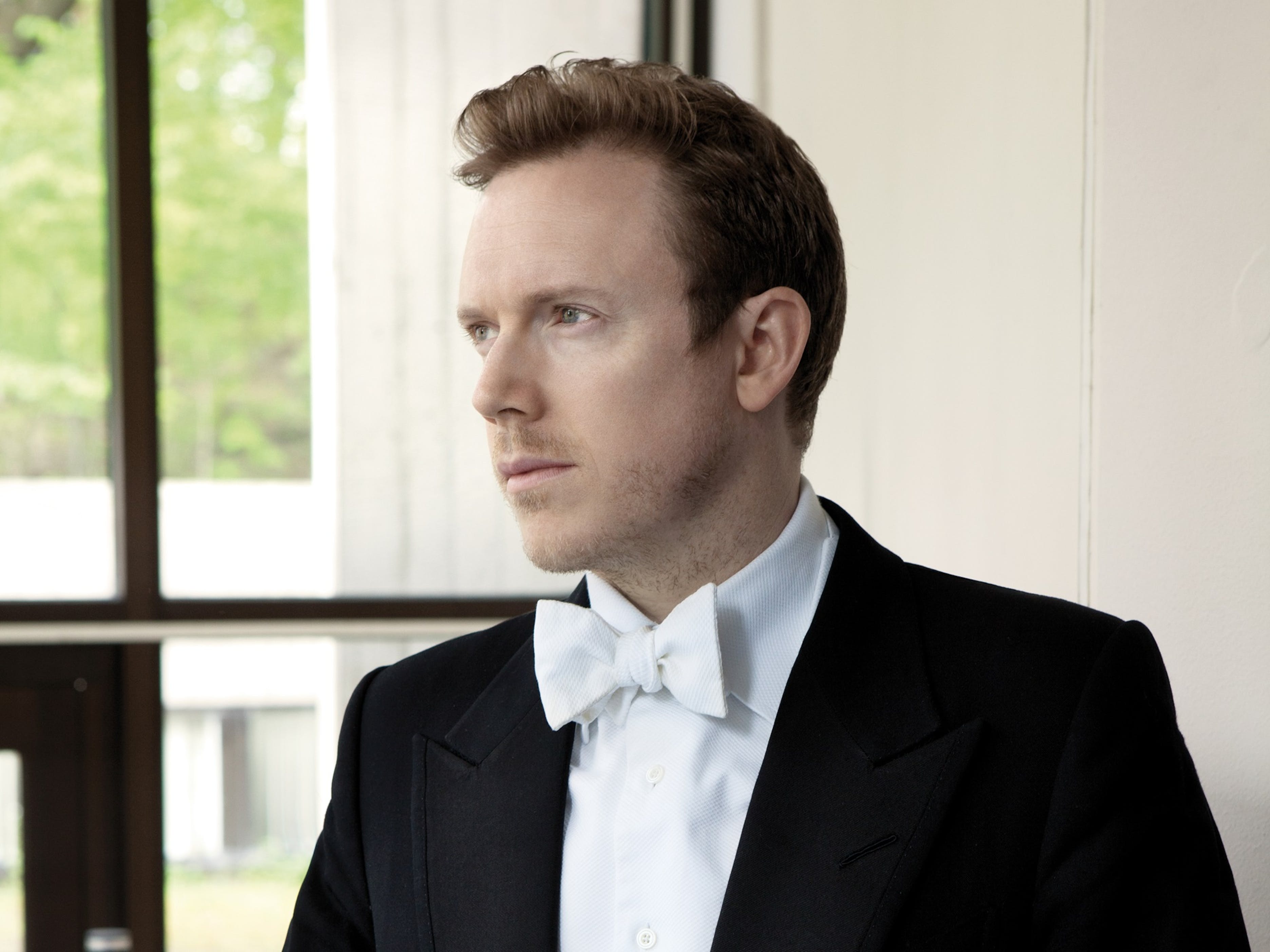 On Thursday, February 14, 2019 at 8:00 p.m., Maestro Harding leads members of the Royal Concertgebouw Orchestra alongside members of the National Youth Orchestra of the United States of America, in a performance of Schumann’s Manfred Overture (this work replaces the previously announced overture to Oberon by Weber). The rest of the program remains unchanged and includes Mozart’s Symphony No. 40 in G Minor, K. 550, and Brahms’s Symphony No. 4 in E Minor, Op. 98.

The following evening—Friday, February 15, 2019 at 8:00 p.m.—pianist Pierre-Laurent Aimard joins Harding and the RCO for a performance of Beethoven’s Piano Concerto No. 5 in E-flat Major, Op. 73, "Emperor,” on a program that also includes Richard Strauss’s Ein Heldenleben, Op. 40. The concert opens with the New York premiere of Eiréné by French composer Guillaume Connesson.

Daniel Harding made his professional conducting debut in 1994 with the City of Birmingham Symphony Orchestra, where he served as an assistant to Sir Simon Rattle. The following season, he was assistant to Maestro Claudio Abbado with the Berliner Philharmoniker.

He has led opera productions at La Scala in Milan, the Festival d’Aix-en-Provence, the Royal Opera in London, the Vienna State Opera, and the Bavarian State Opera. The French government has bestowed upon him the rank of Chevalier in the Ordre des Arts et des Lettres.

Since his first performance with the Royal Concertgebouw Orchestra in January 2004, Harding has returned to conduct the RCO a number of times, including performances in Amsterdam and on various tours.

The Royal Concertgebouw Orchestra (RCO) is considered one of the leading orchestras in the world. Time and time again, critics have lauded its unique sound. The RCO’s string section has been described as ‘velvety,’ the sound of the brass ‘golden,’ the timbre of the woodwinds ‘distinctly personal,’ and the percussion section has an international reputation. Equally important is the quality of the musicians themselves and the influence exerted on the orchestra by its chief conductors, of which there have been only seven since the orchestra was founded in 1888: Willem Kes (1888 to 1895), Willem Mengelberg (1895–1945), Eduard van Beinum (1945–1959), Bernard Haitink (1961–1988), Riccardo Chailly (1988–2004), Mariss Jansons (2004–2015), and Daniele Gatti (September 2016–August 2018).

Leading composers such as Gustav Mahler, Richard Strauss, and Igor Stravinsky have conducted the orchestra on more than one occasion and the RCO still regularly collaborates with contemporary composers, including John Adams, George Benjamin, Tan Dun, and Thomas Adès.

In addition to 90 concerts performed at the Concertgebouw in Amsterdam, the Royal Concertgebouw Orchestra—made up of 120 players hailing from over 20 countries—gives 40 concerts at leading concert halls throughout the world each year. The orchestra has made over 1,100 LP, CD, and DVD recordings to date, many of which have won international distinctions. Since 2004, the Orchestra boasts its own in-house label, RCO Live, and the RCO Academy successfully trains talented young orchestra musicians.

In celebration of its 125th anniversary, the orchestra undertook a world tour in 2013, visiting six continents in a single year. Between 2016 and 2018, the RCO visited all 28 member states of the European Union, performing one work together with a local youth orchestra in each EU country. The Royal Concertgebouw Orchestra’s artistry has been showcased regularly at Carnegie Hall since its debut at the Hall in 1954.

Tickets, priced at $50–$165, are available at the Carnegie Hall Box Office, 154 West 57th Street, or can be charged to major credit cards by calling CarnegieCharge at 212-247-7800 or by visiting the Carnegie Hall website, carnegiehall.org.