Sphinx Virtuosi Returns to Carnegie Hall Celebrating Music From Around the Globe on Thursday, October 11

Sphinx Virtuosi Kicks off National US Tour on September 30 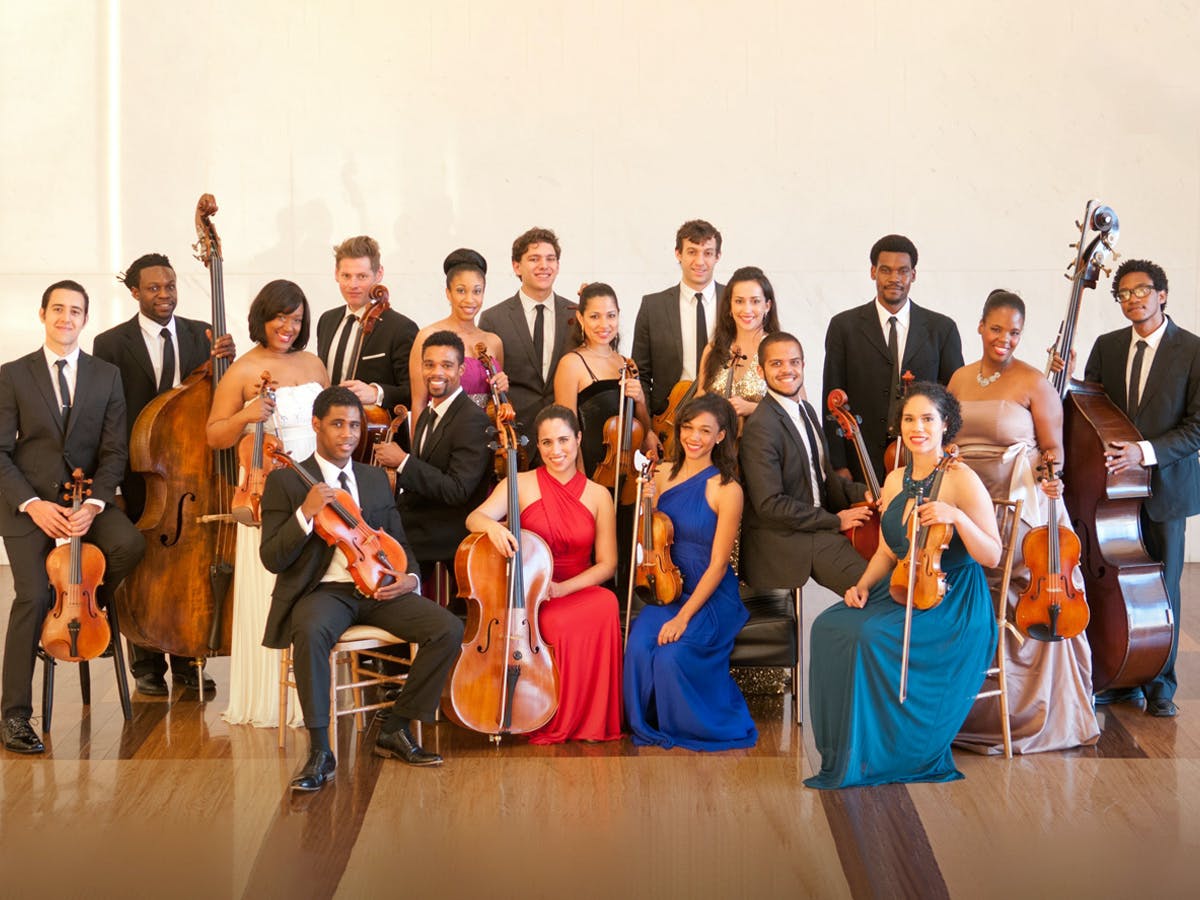 (New York, NY, September 11, 2018)—Sphinx Virtuosi, one of the country’s most dynamic chamber orchestras comprised primarily of alumni of the internationally renowned Sphinx Competition, returns to Carnegie Hall on Thursday, October 11 at 6:00 p.m. in Stern Auditorium / Perelman Stage. Under the auspices of The Sphinx Organization—a Detroit-based national organization dedicated to transforming lives through the power of diversity in the arts—the self-conducted ensemble makes a timely statement in a program entitled Music Without Borders that highlights music from communities around the globe. The evening also marks the Carnegie Hall debut, and first-ever public appearance by EXIGENCE, Sphinx’s first vocal ensemble highlighting excellence and diversity through choral music. Led by founding member Eugene Rogers, the ensemble creates a platform for soloists and composers of color while inspiring and challenging audiences around the country and world. For this performance, EXIGENCE will be joined by pianist and Sphinx Medal of Excellence recipient Damien Sneed.

This exciting concert, part of the group’s thirteen-city US tour, includes the New York premiere of Dance for a New Day by Grammy Award-winning jazz trumpeter and composer Terence Blanchard, a work co-commissioned by Carnegie Hall as part of its 125 Commissions Project. The program also includes a dramatic string orchestra arrangement of Shostakovich’s String Quartet No. 8, as well as music from Spain, Syria, South Africa, and the United States.

The Sphinx Virtuosi is one of the nation’s most dynamic professional chamber orchestras. Comprised of 18 of the nation’s top Black and Latinx classical soloists, primarily alumni of the internationally renowned Sphinx Competition, these artists come together each fall as cultural ambassadors to reach new audiences. This unique ensemble earned rave reviews from The New York Times during its highly-acclaimed Carnegie Hall debut in December 2004 when critic Allan Kozinn described their performance as “first-rate in every way,” touting the ensemble’s “beautiful, precise and carefully shaped sound.” The Sphinx Virtuosi have returned to Carnegie Hall each year since 2004, also embarking on annual national tours to many of the leading music venues around the country.

Inspired by Sphinx’s overarching mission, the Sphinx Virtuosi work to advance diversity in classical music while engaging young and new audiences through performances of varied repertoire. Masterpieces by Bach, Tchaikovsky, Vivaldi, and Mozart are performed alongside the more seldom presented works by composers of color, including Coleridge-Taylor Perkinson, George Walker, Michael Abels, and Astor Piazzolla, among others. Members of the Sphinx Virtuosi have performed as soloists with America's major orchestras, including the New York Philharmonic, The Cleveland and Philadelphia orchestras, and the Detroit, Atlanta, Seattle, and Pittsburgh symphony orchestras. Members also hold professional orchestral positions, and several have been named laureates of other prestigious international competitions, including the Queen Elizabeth and Yehudi Menuhin. Roster members have completed and continue to pursue their advanced studies at the nation’s top music schools, including The Juilliard School, Curtis Institute of Music, Eastman School of Music, Peabody Institute, Harvard University, and the University of Michigan. The Sphinx Virtuosi’s first recording was released in 2011 on the White Pine label and features music of Mendelssohn, Sibelius, Gabriela Lena Frank and George Walker.

Lead support for the 125 Commissions Project is provided by The Andrew W. Mellon Foundation.

Tickets, priced $25-$80, are available at the Carnegie Hall Box Office, 154 West 57th Street, or can be charged to major credit cards by calling CarnegieCharge at 212-247-7800 or by visiting the Carnegie Hall website, carnegiehall.org.