Artist Residencies at 15 Sites Across New York City, and Partnerships with More Than 20 Organizations Nationwide and Abroad 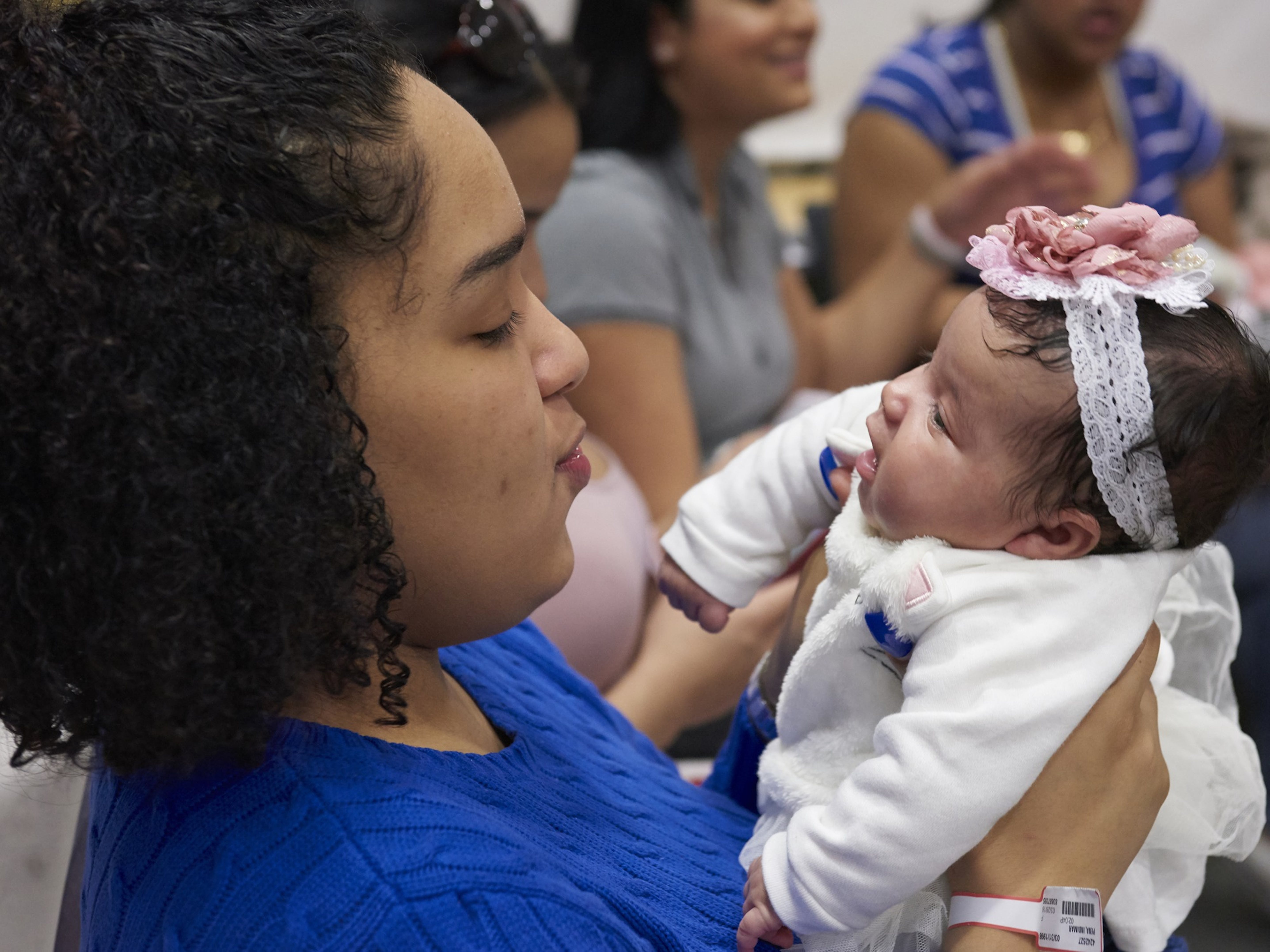 (New York, NY, November 7, 2018)—This season, approximately 700 families in New York City, across the country, and around the world will take part in Carnegie Hall’s Lullaby Project, a program which pairs pregnant women and new parents with professional artists to write personal lullabies for their babies, supporting maternal health, aiding child development, and strengthening the bond between parent and child. In New York City, the project will reach parents at 15 different sites, including healthcare settings, homeless shelters, high schools, foster care, and correctional facilities. Extending across the country and through several international programs, the Lullaby Project enables more than 20 partner organizations to support families in their own communities.

The first Lullaby Project took place at Jacobi Medical Center in the Bronx in December 2011, and since then more than 1,000 families have written original songs for their children, many of which are available for listening and sharing at soundcloud.com/CarnegieHallLullaby. Lullabies have been written in over 20 different languages and a wide range of musical styles, reflecting the diverse backgrounds of families that participate in the program. Parents are offered a creative opportunity to communicate feelings, hopes, and dreams for their child, working side by side with professional musicians to craft lyrics and music. At the end of the songwriting process, each parent receives a recording of his/her lullaby to listen to and sing with their baby.

Lullaby song circles facilitated by the Moving Star Vocal Ensemble will build on this creative activity during the 2018–2019 season, giving parents and staff at community partner sites the chance to come together through song while supporting parent-child bonding and early childhood development.

Carnegie Hall also provides professional training and resources to more than 20 partners across the country and abroad, enabling them to support families in their own communities. Current national and international partners include:


On Friday, May 31, 2019 at 2:00 p.m., mothers, fathers, musicians, and partners from around the world will gather to celebrate original songs created as part of the project. The concert will be made available to a wider audience through a livestream on facebook.com/CarnegieHall, and the national convening will also include professional development sessions for new and prospective partners led by expert teaching artists.

This fall and spring, interactive sensory musical experiences will also be offered in Carnegie Hall’s Resnick Education Wing for babies and toddlers ages 0–2 through OTOYOTOY!, an immersive theater piece, and NOOMA, a new Carnegie Hall, Minnesota Opera, and San Francisco Opera co-commissioned opera specifically designed with babies in mind. These performances are free and open to the general public. Lullaby participants and families will be invited to both performances. For more information on Carnegie Hall’s early childhood concerts, click here.

To better understand the effect of music in early childhood development, Carnegie Hall has commissioned two research papers from Dr. Dennie Palmer Wolf, an expert in the field. The first, titled Why Making Music Matters: Singing, Playing, Moving, and Sharing in the Early Years, points to several key reasons why investing in children early and often is critical to healthy development and a successful future—and demonstrates that music can play a role in everyday interactions that support our next generation. The most recent paper, Lullaby: Being Together, Being Well, takes a closer look at how and why lullabies make a difference. The research highlights how the Lullaby Project not only helps families come together and imagine a positive future for children, but how, in some cases, writing a lullaby can support a much longer process of connecting and communicating, resonating with parents, grandparents, musicians, staff, and community members.

Carnegie Hall’s Weill Music Institute (WMI) creates visionary programs that embody Carnegie Hall’s commitment to music education, playing a central role in fulfilling the Hall’s mission of making great music accessible to as many people as possible. With unparalleled access to the world’s greatest artists, WMI’s programs are designed to inspire audiences of all ages, nurture tomorrow’s musical talent, and harness the power of music to make a meaningful difference in people’s lives. An integral part of Carnegie Hall’s concert season, these programs facilitate creative expression, develop musical skills and capacities at all levels, and encourage participants to make lifelong personal connections to music. The Weill Music Institute generates new knowledge through original research and is committed to giving back to its community and the field, sharing an extensive range of online music education resources and program materials for free with teachers, orchestras, arts organizations, and music lovers worldwide. More than half a million people each year engage in WMI’s programs through national and international partnerships, in New York City schools and community settings, and at Carnegie Hall. This includes 450,000 students and teachers worldwide who participate in WMI’s Link Up music education program for students in grades 3 through 5, made possible through Carnegie Hall partnerships with over 110 orchestras in the US from Alaska to Puerto Rico, as well as internationally in Canada, Japan, Kenya, and Spain.


Lead Support is provided by Nicola and Beatrice Bulgari.

Major funding is provided by Ameriprise Financial and MetLife Foundation.

Additional support has been provided by JMCMRJ Sorrell Foundation.

Public support is provided by the City of New York through the Department of Homeless Services, the Administration for Children’s Services, and Council Member Ydanis Rodriguez.