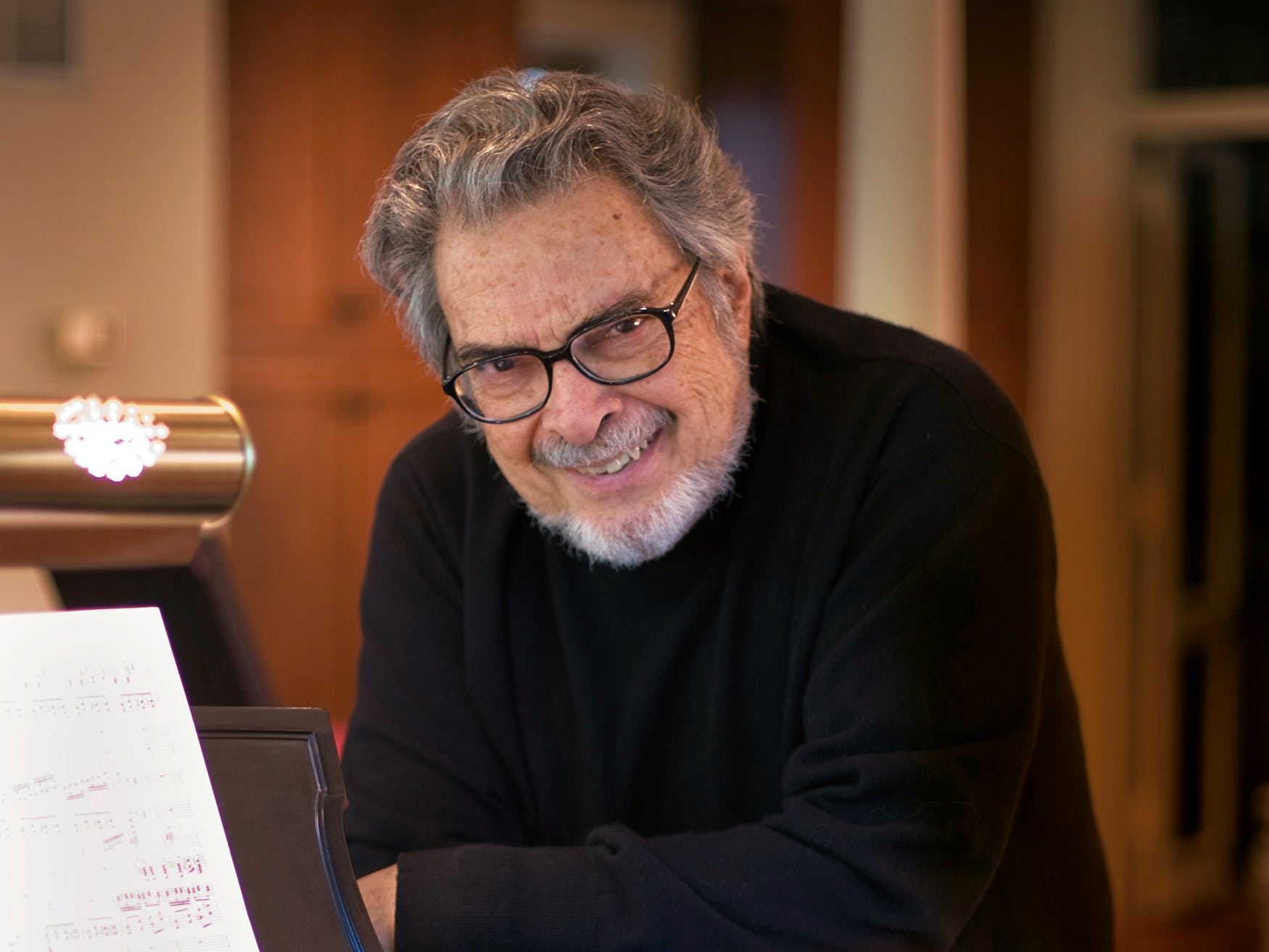 (New York, NY, January 9, 2019)—Renowned pianist and pedagogue Leon Fleisher has updated the program for his celebratory 90th birthday recital at Carnegie Hall on Tuesday, February 5 at 7:30 p.m. in Zankel Hall to include works by Bach, Beethoven, Brahms, and Mozart, along with two selections by Leon Kirchner. Joining Mr. Fleisher on stage are notable friends and colleagues, Jonathan Biss and Yefim Bronfman, whom Mr. Fleisher has mentored throughout his illustrious career. Mr. Fleisher will also be joined by special guests the Dover Quartet and Rachel Calin on bass. The evening’s revised program reflects the repertoire that Mr. Fleisher wished to put forth for this celebratory occasion. Full program information is listed below.

Mr. Fleisher, who last appeared in concert at Carnegie Hall with Jaime Laredo and the New York String Orchestra in 2013, has performed at the Hall as either pianist or conductor more than 50 times. He made his New York debut at Carnegie Hall in 1944 at the age of sixteen with the New York Philharmonic conducted by Pierre Monteux playing Brahms’s Piano Concerto No. 1 in D Minor.

As a recipient of the Kennedy Center Honors in 2007, pianist Leon Fleisher was recognized as a “consummate musician whose career is a testament to the life-affirming power of art.”

The child prodigy began to study the piano at the age of four and by the age of nine, the legendary Artur Schnabel invited him to be his student, first in Lake Como, Italy and then in New York, where he nurtured and inspired the young Mr. Fleisher for the next ten years as he evolved into one of the great music masters of our time. Leon Fleisher made his debut with the New York Philharmonic, conducted by Pierre Monteux, when he was sixteen years old. Maître Monteux called him “the pianistic find of the century.” Mr. Fleisher went on to international renown, becoming the first American to win the prestigious Queen Elisabeth of Belgium Competition in Brussels in 1952. He subsequently enjoyed a prolific recording career, most notably with George Szell and The Cleveland Orchestra, recordings recognized as among the great collaborations in the concerto repertoire. In 1965, before a scheduled tour of Russia with The Cleveland Orchestra, Leon Fleisher began to suffer symptoms of a debilitating condition of his right hand, later diagnosed as focal dystonia, a neurological condition that causes the fingers to curl into the palm of the hand.

After a period of great despair, Mr. Fleisher channeled his creativity in new directions, mastering the piano repertoire for left hand and initiating a career in conducting. He renewed his dedication to teaching at the Peabody Institute, where he has been the inspiration to hundreds of students since 1959. Leon Fleisher holds the Andrew W. Mellon Chair at the Peabody Institute of the Johns Hopkins University. As a teacher, he has carried on a tradition that descends directly from Beethoven himself, handed down generationally through Carl Czerny, Theodor Leschetizky, Artur Schnabel, and Leon Fleisher himself.

In the mid-1990s, with the combined therapies of Botox injections and Rolfing, Fleisher regained sufficient use of his right hand, leading to a career renaissance. In 2003, he joined forces with his wife to form the Fleisher-Jacobson Piano Duo, giving concerts worldwide and recording for Sony Classical. Leon Fleisher released the album Two Hands in 2004, which went on to hold a Top 5 Billboard chart position and which was hailed by critics as one of the best recordings of the year. Two Hands is also the title of the Academy Award-nominated 17-minute documentary film about his amazing life story. In 2013, Sony Classical issued a 23-CD box set of his entire recorded output, and in 2014 Mr. Fleisher released his first solo CD in a decade, the Grammy Award-nominated All The Things You Are, which reached No. 1 on the classical charts.

In 2006 in Paris, Leon Fleisher received the honor of Commander in the Order of Arts and Letters by the Minister of Culture of the French government.

Mr. Fleisher continues with an international schedule of performances, orchestral guest conducting and master classes. In recent seasons, he has conducted leading orchestras in the U.S., Canada, China, and Japan; appeared as concerto soloist with orchestras including the Baltimore and Cincinnati symphonies; performed as recitalist worldwide; and given his memorable master classes at festivals, conservatories, and universities around the country.

In celebration of his 90th year, he appeared in Toronto, Ottawa, and Montreal as soloist with the Toronto Symphony and Peter Oundjian and at the Gilmore Festival as well as at the Ravinia and Tanglewood festivals in summer 2018. He continues the celebration in the current season with recitals in Carnegie Hall, Philadelphia, Washington, D.C., and San Francisco, and with the Baltimore Symphony, among other orchestras.

Tickets, priced $83 and $100, are available at the Carnegie Hall Box Office, 154 West 57th Street, or can be charged to major credit cards by calling CarnegieCharge at 212-247-7800 or by visiting the Carnegie Hall website, carnegiehall.org.