My City, My Song Family Concerts on January 19 Introduce Children to Music From Around the World 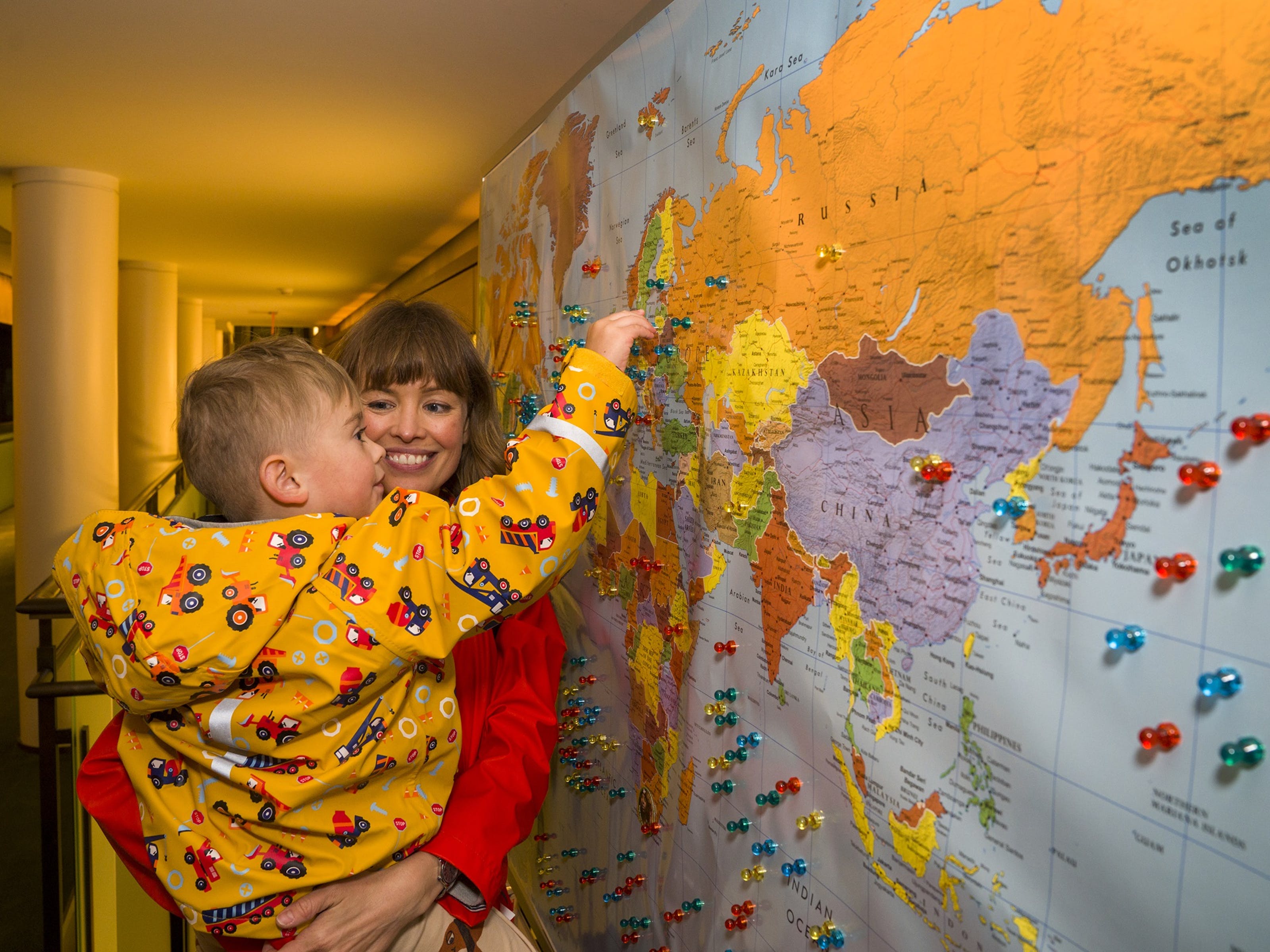 (New York, NY, December 10, 2018)—On Saturday, January 19, 2019 at 12:00 p.m. and 3:00 p.m., three vibrant New York City-based artists will perform in Zankel Hall as part of My City, My Song, an interactive Family Concert celebrating music from around the world. The performance features Greek folk from Magda Giannikou, Malian traditional music from Yacouba Sissoko, and Indian classical music from Falu Shah. Free pre-concert activities are offered one hour prior to each performance, preparing parents and children to sing and dance along with the artists.

New York City public school students in grades K–2 have been learning about these same artists throughout the semester as part of the Musical Explorers program, which teaches basic music skills in the classroom as children study songs from different cultures, reflect on their own communities, and develop singing and listening skills. From Tuesday, January 15, 2019 to Friday, January 18, 2019 thousands of children will visit Carnegie Hall for high-energy culminating concerts with their classes.

This season, Musical Explorers will reach more than 5,000 students across New York City. Carnegie Hall is also partnering with the Savannah Music Festival in Savannah, Georgia; The Broad Stage in Santa Monica, California; Omaha Performing Arts in Omaha, Nebraska; and the Newman Center for the Performing Arts in Denver, Colorado to adapt the program for their own communities. Additional students will take part through a new digital pilot program, with lesson plans, songs, and educational videos available for free online. Altogether, more than 20,000 students will participate in Musical Explorers across the United States during the 2018–2019 season.

Composer, arranger, producer, and vocalist Magda Giannikou was born in Athens, Greece. After studying classical piano for 15 years, she attended Berklee College of Music to hone her love for film scoring, jazz improvisation, arranging, and music production. Magda is the founder and leader of the world music group Banda Magda and has toured the world, performing at such renowned venues as The John F. Kennedy Center for the Performing Arts and such acclaimed festivals as the Vancouver Jazz Festival. Magda has also collaborated on several projects with two-time Grammy Award–winning group Snarky Puppy. She is part of the Sundance Composers Lab and was commissioned to compose a work for and perform with the Kronos Quartet, celebrating the group’s 40th anniversary at Lincoln Center. Magda is also committed to music education with artist residencies at various institutions around the world.

Yacouba Sissoko was born in Kita, Mali to a long line of jelis. When he was nine, he began playing the kora and learning centuries-old oral traditions from his grandfather; by the time he was 15, he was performing with prominent African bands, which brought him to the US. Yacouba has toured and recorded with well-known African musicians, such as Amy Koïta, Baaba Maal, Sekouba “Bambino” Diabate, and Kerfala Kanté, and also with American musicians including Harry Belafonte, Paul Simon, Lauryn Hill, and Regina Carter. He effortlessly blends Malian traditions with a range of musical styles. In 2017, he released his first solo album SIYA.

Falguni “Falu” Shah is internationally recognized for her rare ability to seamlessly blend a signature inventive style with a formidable voice trained in the Indian classical tradition. Originally from Mumbai, India, Falu moved to the US in 2000 and was appointed as a visiting lecturer at Tufts University. Since then, she has collaborated with a range of outstanding artists, including Yo-Yo Ma, Wyclef Jean, Philip Glass, Ricky Martin, Blues Traveler, and A. R. Rahman. Her first album Falu was featured in the Smithsonian Asian Pacific American Center exhibit Beyond Bollywood as representative of the voice of an Indian American trendsetting artist. In 2009, Falu performed at the White House for President Barack Obama and First Lady Michelle Obama. In 2015, she was named one of the 20 most influential global Indian women by the Times of India.

Carnegie Hall’s Weill Music Institute (WMI) creates visionary programs that embody Carnegie Hall’s commitment to music education, playing a central role in fulfilling the Hall’s mission of making great music accessible to as many people as possible. With unparalleled access to the world’s greatest artists, WMI’s programs are designed to inspire audiences of all ages, nurture tomorrow’s musical talent, and harness the power of music to make a meaningful difference in people’s lives. An integral part of Carnegie Hall’s concert season, these programs facilitate creative expression, develop musical skills and capacities at all levels, and encourage participants to make lifelong personal connections to music. The Weill Music Institute generates new knowledge through original research and is committed to giving back to its community and the field, sharing an extensive range of online music education resources and program materials for free with teachers, orchestras, arts organizations, and music lovers worldwide. More than half a million people each year engage in WMI’s programs through national and international partnerships, in New York City schools and community settings, and at Carnegie Hall. This includes more than 450,000 students and teachers worldwide who participate in WMI’s Link Up music education program for students in grades 3 through 5, made possible through partnerships with over 110 orchestras in the US from Alaska to Florida, as well as internationally in Brazil, Canada, Colombia, Japan, Kenya, and Spain.

Thanks to the New York City Department of Homeless Services for supporting families at Family Concerts.

Lead funding for Musical Explorers has been provided by Ralph W. and Leona Kern.

Tickets, priced at $10, are available at the Carnegie Hall Box Office, 154 West 57th Street, or can be charged to major credit cards by calling CarnegieCharge at 212-247-7800 or by visiting the Carnegie Hall website, carnegiehall.org.