The MET Orchestra Returns to Carnegie Hall For Three Concerts in May and June 2019, With Two Performances Led By New Music Director Yannick Nézet-Séguin 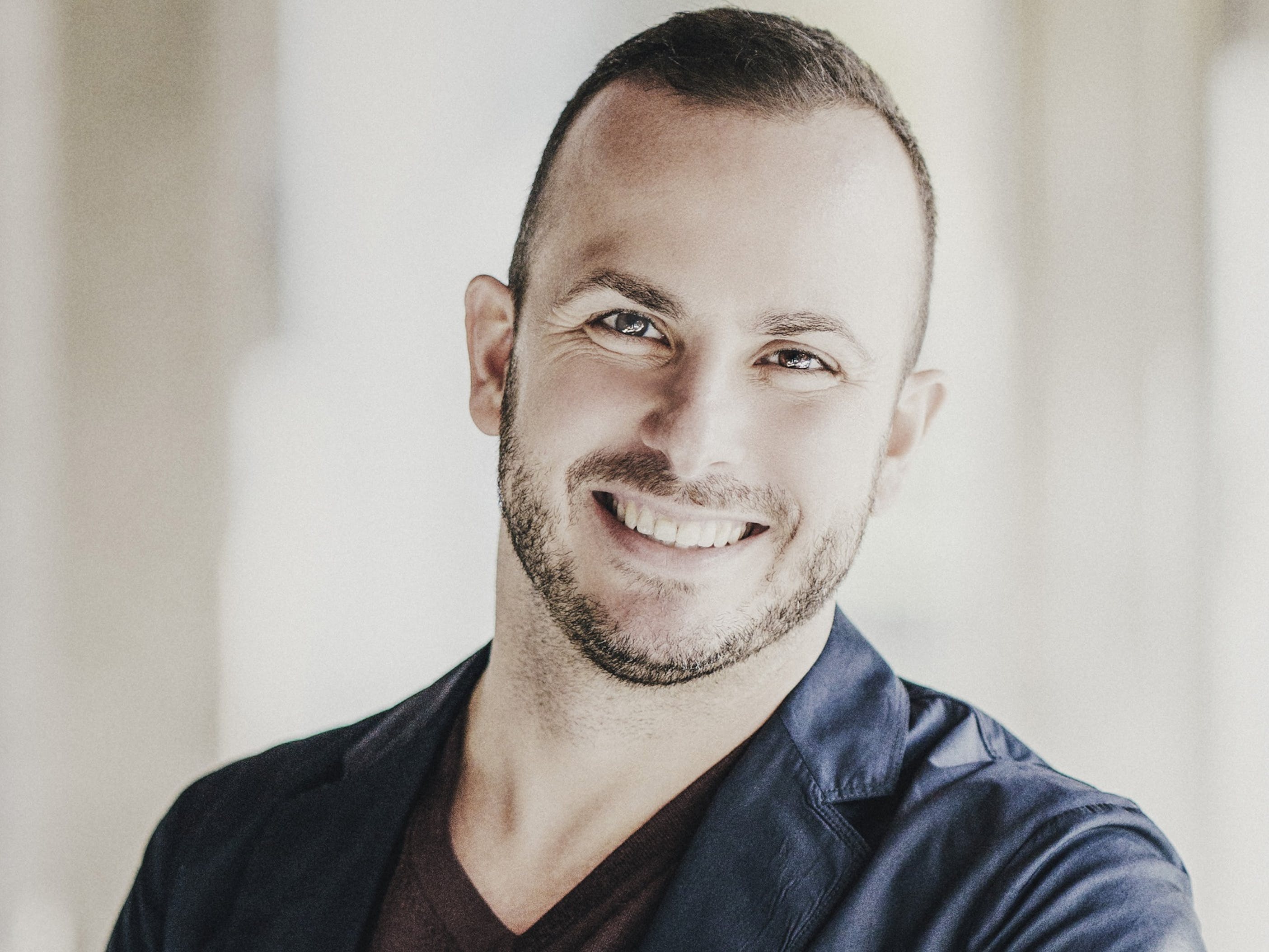 (New York, NY, April 19, 2019)—The MET Orchestra returns to Stern Auditorium / Perelman Stage for a series of three concerts this May and June. For the first concert on Saturday, May 18 at 8:00 p.m., Valery Gergiev leads the orchestra in Schumann’s Piano Concerto featuring pianist Daniil Trifonov and Schubert’s Symphony No. 9, “Great.” On Monday, June 3 at 8:00 p.m. new Music Director Yannick Nézet-Séguin leads The MET Orchestra for the first time at Carnegie Hall in a program of French works with mezzo-soprano Isabel Leonard singing Dutilleux’s Le temps l’horloge and Ravel’s Shéhérazade, alongside Debussy’s La mer and Ravel’s Daphnis et Chloé Suite No. 2. Maestro Nézet-Séguin returns the following week on Friday, June 14 at 8:00 p.m. with the orchestra and mezzo-soprano Elīna Garanča singing Mahler’s Rückert Lieder on a program that also includes Bruckner’s Symphony No. 7.

About the Artists
Russian pianist Daniil Trifonov—winner of Gramophone’s 2016 Artist of the Year award—has made a spectacular ascent in the world of classical music as a solo artist, a champion of the concerto repertoire, a collaborator at the keyboard in chamber music and song, and a composer. The Times (UK) calls Trifonov “without question the most astounding pianist of our age.”

Valery Gergiev made his debut at the Mariinsky (then Kirov) Theatre in 1978 with Prokofiev's War and Peace. In 1988 he was appointed Music Director of the Mariinsky Theatre, and in 1996 he became its Artistic and General Director. Under Mr. Gergiev's direction the Mariinsky Theatre has become a major theatre and concert complex. In 2009 the Mariinsky label was launched, which to date has released more than thirty discs that have received great acclaim from critics and the public throughout the world.

Valery Gergiev's international activities are no less intensive. He successfully collaborates with the world's great opera houses and has led world renowned orchestras, such as the World Orchestra for Peace (which he has directed since 1997), the philharmonic orchestras of Berlin, Paris, Vienna, New York and Los Angeles, the symphony orchestras of Chicago, Cleveland, Boston and San Francisco, the Royal Concertgebouw Orchestra (Amsterdam) and many other ensembles. From 1995 to 2008 Valery Gergiev was Principal Conductor of the Rotterdam Philharmonic (of which he remains an honorary conductor to this day), and from 2007 to 2015 of the London Symphony Orchestra. Since autumn 2015 the maestro has headed the Munich Philharmonic.

Valery Gergiev is the founder and director of prestigious international festivals including the Stars of the White Nights (since 1993) and the Moscow Easter Festival (since 2002), among many others. Since 2011 he has directed the organizational committee of the International Tchaikovsky Competition.

Valery Gergiev's musical and public activities have brought him acclaimed awards such as the Hero of Labour (2013), the Order of Alexander Nevsky (2016), the Russian Federation Ministry of Defense Arts and Culture Award (2017) and prestigious state awards of Armenia, Bulgaria, Germany, Italy, The Netherlands, Poland, France and Japan.

Ms. Leonard is in constant demand as a recitalist and is on the Board of Trustees at Carnegie Hall. She is a multiple Grammy Award winner, most recently for Ravel’s L’enfant et les sortilèges with Seiji Ozawa on Decca and The Tempest from the Metropolitan Opera on Deutsche Grammophon, both Best Opera Recording. Ms. Leonard is the recipient of the Richard Tucker Award and joined the supporters of the Prostate Cancer Foundation to lend her voice in honor of her father who died from the disease when she was in college. This season, she appears at the Metropolitan Opera in three roles: in the title role for the MET premiere of Nico Muhly’s Marnie (HD broadcast), Mélisande in Pelléas et Mélisande conducted by Yannick Nézet-Séguin, and Blanche de la Force in Dialogues des Carmélites (HD broadcast), also conducted by Nézet-Séguin. In concert, she will sing L’enfant et les sortilèges with the San Francisco Symphony and Michael Tilson Thomas, an all-Bernstein recital with Ted Sperling for Philadelphia Chamber Music Society, and as starring soloist in a Leonard Bernstein tour with John Mauceri and the Czech National Orchestra throughout the United States.

Elīna Garanča was born into a musical family in Riga, Latvia, where her father was a choral conductor and her mother a singer who taught her at the Latvian Academy of Music. The mezzo- soprano continued her studies in Vienna and the United States. A finalist in the 2001 BBC Cardiff Singer of the World Competition, in 2006 she was honored with the European Culture Prize and in 2010 she won both Musical America’s “Vocalist of the Year” and MIDEM Classical’s “Singer of the Year” awards. Married to conductor Karel Mark Chichon, with whom she has two daughters, Garanča is the subject of the award-winning documentary Primadonna on Rollerskates (2002). Her own memoir, Wirklich wichtig sind die Schuhe (The Shoes Are Really Important), was published by Austria’s Ecowin Verlag in 2013; she explains, “My feet must feel free so that my soul and voice can soar.”

From his appointment as artistic director and principal conductor of the Orchestre Métropolitain de Montréal in 2000 to being named music director of The Philadelphia Orchestra in 2010 (leading the orchestra since 2012), and onward to his most recent appointment starting in 2018 as the Met’s Jeanette Lerman-Neubauer Music Director, Canadian-born conductor Yannick Nézet-Séguin’s meteoric rise can be measured in his string of dazzling achievements. He is widely recognized for his musicianship, dedication, and charisma, establishing himself as a musical leader of the highest caliber and one of the most thrilling talents of his generation.

Mr. Nézet-Séguin made his Carnegie Hall debut in 2012, leading The Philadelphia Orchestra in his inaugural season as music director. He is also honorary conductor of the Rotterdam Philharmonic Orchestra, where he was chief conductor from 2008 to 2018, and an honorary member of the Chamber Orchestra of Europe.

A native of Montreal, Mr. Nézet-Séguin studied piano, conducting, composition, and chamber music at the Conservatoire de musique du Québec and continued his studies with renowned conductor Carlo Maria Giulini; he also studied choral conducting with Joseph Flummerfelt at Westminster Choir College. Among his honors are an appointment as Companion of the Order of Canada; Musical America’s 2016 Artist of the Year; and honorary doctorates from the Université du Québec, Curtis Institute of Music, Westminster Choir College, McGill University, and University of Pennsylvania. He returns to Carnegie Hall for the 2019–2020 season curating a nine-concert Perspectives series, including performances with three orchestras with whom he has built his remarkable career—The Philadelphia Orchestra, Orchestre Métropolitain de Montréal, and The MET Orchestra—as well as a rare recital appearance with mezzo-soprano Joyce DiDonato.

This season at the Met, Mr. Nézet-Séguin has conducted performances of Verdi’s La Traviata and Debussy’s Pélleas et Mélisande, and from May 3–11 will lead Poulenc’s Dialogues des Carmélites. Next season he will conduct three Met productions (Puccini’s Turandot, Berg’s Wozzeck, and Massenet’s Werther), two Met Orchestra concerts at Carnegie Hall, and a New Year’s Eve Gala.

The MET Orchestra is today regarded as one of the world’s finest orchestras. From the time of the company’s inception in 1883, the ensemble has worked with leading conductors in both opera and concert performances and has developed into an orchestra of enormous technical polish and style. The orchestra made its debut at Carnegie Hall in 1894 and has since performed at the Hall more than 90 times. The MET Orchestra performs three times at Carnegie Hall in spring 2020, including concerts conducted by Gianandrea Noseda and Music Director Yannick Nézet-Séguin with repertoire to include Shostakovich’s Violin Concerto No. 1 with Christian Tetzlaff, Stravinsky’s The Firebird, Beethoven’s Romance for Violin and Orchestra in F Major and Violin Concerto with Anne-Sophie Mutter, Jörg Widmann’s Lied, and R. Strauss’s Four Last Songs sung by soprano Elza van den Heever.