Master Classes Will Be Streamed Live Around The World Via medici.tv 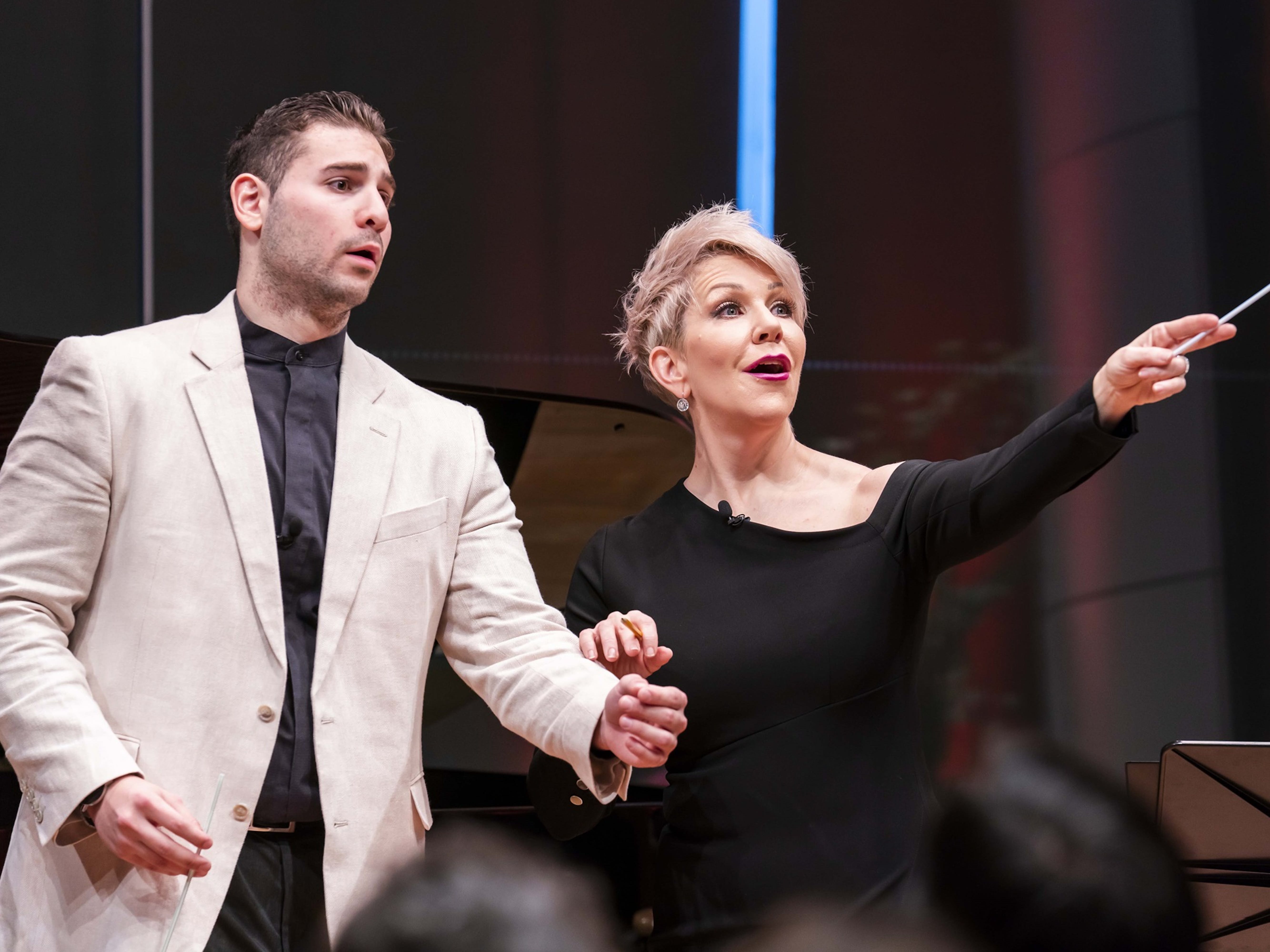 (New York, NY, April 2, 2019)—Mezzo-soprano Joyce DiDonato returns to Carnegie Hall’s Resnick Education Wing for her annual much-anticipated series of master classes for young professional opera singers from Friday, April 12 through Sunday, April 14, 2019. Soprano Alexandra Nowakowski, mezzo-soprano Maya Amir, countertenor Keymon Murrah, and tenor Aaron Crouch have been selected to participate in this year’s set of master classes. Collaborative pianists Justina Lee and Shannon McGinnis will accompany the singers and provide additional coaching and support during the week. In addition to being open to the public, the master classes will be streamed live for free on medici.tv and remain available on replay for one year following the classes. Additional private sessions on breathing, movement, career development, and other topics complete the program.


About the Artist
Joyce DiDonato entrances audiences across the globe. The winner of multiple Grammy Awards and the 2018 Laurence Olivier Award for Outstanding Achievement in Opera, Ms. DiDonato has soared to the top of the industry as both a performer and a fierce advocate for the arts. She has gained international prominence performing the operas of Handel and Mozart and the bel canto roles of Rossini and Donizetti, as well as through her wide-ranging and acclaimed discography.

Much in demand on the concert and recital stage, Ms. DiDonato has recently held residencies at Carnegie Hall and at London’s Barbican Centre, appeared as guest soloist at the BBC Proms, and toured extensively to the United States, South America, Europe, and Asia. Recent highlights include performances with the Rotterdam Philharmonic Orchestra under Yannick Nézet-Séguin, the Berliner Philharmoniker under Sir Simon Rattle, the Chicago Symphony Orchestra under Riccardo Muti, and extensive touring with Il Pomo d’Oro under Maxim Emelyanychev, as well as recitals with the Brentano String Quartet at Wigmore Hall and with Antonio Pappano at London’s Royal Opera House, Covent Garden.

The 2018–2019 season sees Ms. DiDonato’s first staged performance of Didon in Les Troyens at the Vienna State Opera, as well as Sesto at the Metropolitan Opera and Agrippina in concert with Il Pomo d’Oro. She also performs at the BBC Proms, in Hamburg with the Orchestre Révolutionnaire et Romantique under Sir John Eliot Gardiner, at Carnegie Hall with The Philadelphia Orchestra under Mr. Nézet-Séguin, and with the Chicago Symphony Orchestra under Mr. Muti, the Accademia Santa Cecilia Orchestra under Mr. Pappano, and Il Pomo d’Oro under Mr. Emelyanychev on a tour to Moscow and Asia.

Ms. DiDonato is an exclusive recording artist with Erato / Warner Classics. Her release, Les Troyens, won the Opera Award at the 2018 BBC Music Magazine Awards, the complete opera recording category at the 2018 International Opera Awards, and Gramophone’s Recording of the Year award.

About medici.tv
Heralded by The New York Times as “the closest thing to a classical Netflix,” medici.tv brings live classical music to passionate audiences worldwide. Since its founding in 2008, it has captured the leading classical artists, ensembles and orchestras’ concerts from the world’s great concert halls, festivals and competitions. As the largest online platform for classical music, it offers over 100 live performances throughout the year and a vast catalogue of 3,000 works of classical music, concerts, operas, ballets, documentaries, master classes, educational programs, behind-the-scenes views and artist interviews all streamed in high quality. medici.tv is available in three languages to users on all screens including TV (via AirPlay and Chromecast), computer, tablet, and smartphone (iOS), and offline viewing through its iOS app.

The collaboration between Carnegie Hall and medici.tv—making live webcasts of select Carnegie Hall concerts available to music lovers everywhere—began in fall 2014 and has since showcased more than 30 performances by some of the world’s most celebrated artists. These webcasts—which, most recently included Carnegie Hall’s performances by Daniil Trifonov, Denis Matsuev, Daniel Barenboim and the West-Eastern Divan Orchestra, Zubin Mehta leading the Israel Philharmonic Orchestra with soloists Itzhak Perlman and Pinchas Zukerman, Sir Antonio Pappano leading the Orchestra dell’Accademia Nazionale di Santa Cecilia with pianist Martha Argerich, and the Philip Glass Ensemble—have been enthusiastically received, reaching over 6 million views over the past five seasons with audience members originating from more than 180 countries and territories around the world.


Lead support for workshops and master classes is provided by Beatrice Santo Domingo, and Mr. and Mrs. Anthony B. Evnin and the A.E. Charitable Foundation.

Tickets, priced at $20, can be purchased exclusively by calling CarnegieCharge at 212-247-7800 or by visiting the Carnegie Hall website, carnegiehall.org. Tickets for master classes and other events held in Carnegie Hall’s Resnick Education Wing are not available at the Carnegie Hall Box Office.