Concert Will Be Broadcast Live on WQXR 105.9 PM in New York 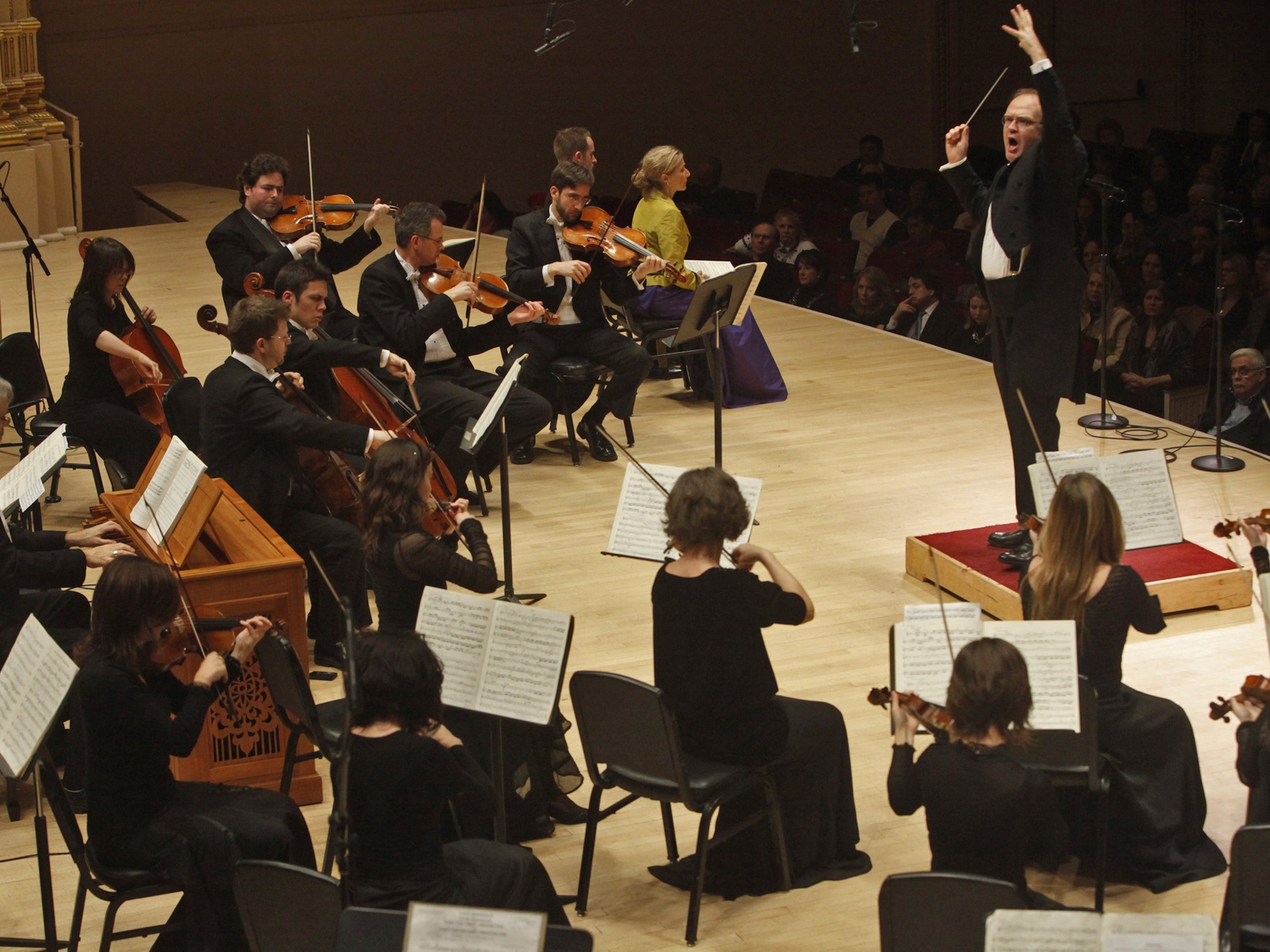 The concert will be broadcast live on WQXR 105.9 FM in New York as part of the Carnegie Hall Live radio broadcast and digital series, also heard by listeners worldwide via wqxr.org and carnegiehall.org/wqxr. Produced by WQXR and Carnegie Hall and co-hosted by WQXR’s Jeff Spurgeon and Clemency Burton-Hill, select Carnegie Hall Live broadcasts featured throughout the season include special digital access to the broadcast team from backstage and in the control room, connecting national and international fans to the music and to each other.

About the Artists
Les Violons du Roy takes its name from the celebrated court orchestra of the French kings. It was founded in 1984 by Bernard Labadie and continues under music director Jonathan Cohen to explore the nearly boundless repertoire of music for chamber orchestra in performances matched as closely as possible to the period of each work’s composition. Its minimum 15-member complement plays modern instruments, albeit with period bows for Baroque and Classical music, and its interpretations are deeply informed by the latest research on seventeenth- and eighteenth-century performance practice. The repertoire of the 19th and 20th centuries receives similar attention and figures regularly on the orchestra’s programs.

Les Violons du Roy is at the heart of the music scene in Quebec City and a regular feature on the Montreal cultural calendar. The orchestra is known throughout North America thanks to the many broadcasts of its concerts and recordings on CBC/Radio-Canada and NPR. The ensemble makes regular visits to New York City, Chicago, and Los Angeles, and has performed dozens of times in Europe at such legendary venues as the Royal Concertgebouw in Amsterdam and the Philharmonie in Berlin.

Created in 1985 by founding conductor and music director Bernard Labadie, La Chapelle de Québec is one of North America’s premiere voice ensembles. The group is made up exclusively of professional singers who are handpicked from all over Canada. This unique chamber choir specializes in the choral/orchestral repertoire of the 17th and 18th centuries. The choir performs regularly with its other half, chamber orchestra Les Violons du Roy, and as a guest choir with some of the finest orchestras in North America. Its interpretations of the oratorios, requiems, masses, and cantatas of Bach, Handel, Mozart, and Haydn, as well as Fauré and Duruflé, are frequently hailed in the Canadian and international press.

La Chapelle de Québec is heard regularly at Palais Montcalm in Quebec City and Maison symphonique in Montreal, as well as at the Walt Disney Concert Hall with the Los Angeles Philharmonic, at Carnegie Hall with Les Violons du Roy and the Orchestra of St. Luke’s, and in Ottawa with the National Arts Centre Orchestra. The choir’s concerts are often broadcast by the CBC and Radio-Canada in Canada and by National Public Radio in the United States.

La Chapelle de Québec is also known for its role in Chemin de Noël, an annual event that brings music lovers from throughout the Québec City region together every December.

Bernard Labadie, an internationally recognized specialist in repertoire of the 17th through the early 19th centuries, is the founding conductor of Les Violons du Roy. He was the ensemble’s music director from 1984 - 2014 and remains the music director of the choir La Chapelle de Québec, which he founded in 1985. He has toured to Europe and North and South America as the head of both ensembles, performing with them at some of the world’s greatest concert halls, including Carnegie Hall, Lincoln Center, Walt Disney Concert Hall, Kennedy Center, Barbican Centre, Philharmonie Berlin, Théâtre des Champs-Élysées, and Palais des Beaux-Arts, as well as the major festivals of Salzburg, Bergen, Rheingau, and Schleswig-Holstein.

Tickets priced $32–$105, are available at the Carnegie Hall Box Office, 154 West 57th Street, or can be charged to major credit cards by calling CarnegieCharge at 212-247-7800 or by visiting the Carnegie Hall website, carnegiehall.org.