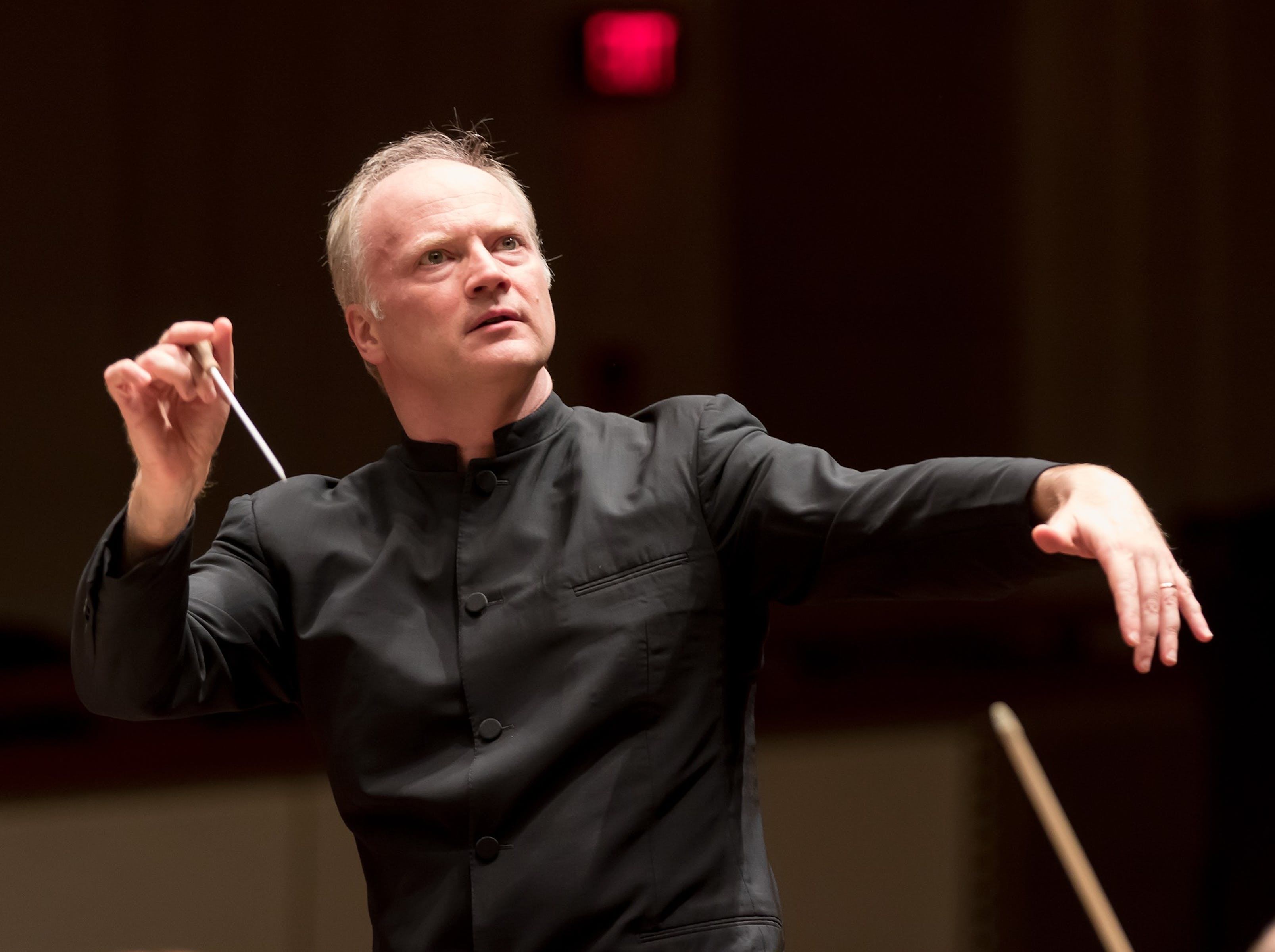 
About the Artists
Gianandrea Noseda was named the National Symphony Orchestra’s seventh music director in January 2016. In September 2018, his contract was extended through the 2024–2025 season. His dynamic leadership has focused renewed attention on the NSO, with invitations to Carnegie Hall in May 2019 and to Lincoln Center in November 2019.

Since 2002, Mr. Noseda has enjoyed a cherished relationship with the Metropolitan Opera and has led new productions that include Adriana Lecouvreur, which premiered at the New Year’s Gala on December 31, 2018. He conducted the MET Orchestra at Carnegie Hall in May 2018 and returns to the Hall with the orchestra in May 2020.

Founded in 1931, the Orchestra has always been firmly committed to artistic excellence and music education. In 1986, the National Symphony became an artistic affiliate of the John F. Kennedy Center for the Performing Arts, where it has performed a full season of subscription concerts since the Center opened in 1971. The 96-member NSO regularly participates in events of national and international importance, including official holiday celebrations through its regularly televised appearances for Capitol Concerts, and local radio broadcasts on Classical WETA 90.9FM, making the NSO one of the most-heard orchestras in the country.

The NSO performs approximately 150 concerts each year, including classical and popular concerts at the Kennedy Center, at Wolf Trap in the summer, and on the lawn of the U.S. Capitol with some of the world's most renowned talent appearing as guest artists. Many of its members give chamber music performances in the Kennedy Center's Terrace Theater and on its Millennium Stage, and at theaters around Washington, D.C. The Orchestra also has a notable history of touring, both internationally and nationally, in addition to its American Residencies program, which ran from 1992 to 2011.

The NSO is also committed to expanding the orchestral catalogue and supporting the composers of today. Through its Hechinger Commissioning Fund, the NSO has commissioned and premiered more than 60 new works by American composers since the fund's creation in 1983. Performing music of its time has always been paramount to the Orchestra's mission, and, since as early as 1934, the NSO has brought U.S. and world premieres to Washington, D.C. audiences.

The Trustees of Carnegie Hall gratefully acknowledge the generosity of Mr. and Mrs. Donald Fried in support of the 2018-2019 season.

Tickets, priced $30-$100, are available at the Carnegie Hall Box Office, 154 West 57th Street, or can be charged to major credit cards by calling CarnegieCharge at 212-247-7800, or by visiting the Carnegie Hall website, carnegiehall.org.

In addition, a limited number of seats, priced at $10, will be available day-of-concert beginning at 11:00 a.m. Monday through Saturday and 12:00 noon on Sunday until one hour before the performance or until supply lasts. The exceptions are Carnegie Hall Family Concerts and gala events. These $10 tickets are available to the general public on a first-come, first-served basis at the Carnegie Hall Box Office only. There is a two-ticket limit per customer.