New Yorkers Come Together For Soul Mechanism: A Concert Celebrating the Music of Migrations on Sunday, May 19 in Zankel Hall

Artists, Activists, and Community Leaders Take Part in Panel Discussion on May 18 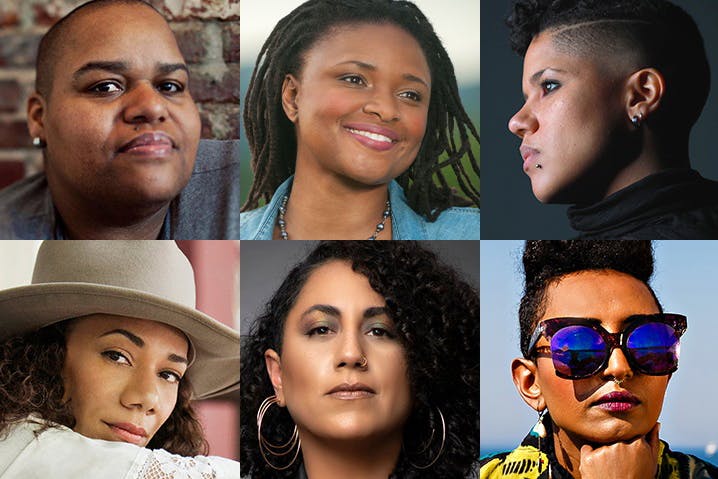 On Sunday, May 19 at 7:30 p.m., New Yorkers of all ages will take the Zankel Hall stage for Soul Mechanism: A Concert Celebrating the Music of Migrations, a special evening that marks the culmination of a citywide creative learning project. Led by celebrated performer Toshi Reagon and a band made up of longtime collaborators, the concert will showcase original songs written by New Yorkers in a performance featuring American roots songstress Martha Redbone, jazz and gospel vocalist Lizz Wright, singer-songwriter and filmmaker Be Steadwell, activist-artist Taina Asili, Sudanese singer Alsarah Elgadi, and other special guest artists.

Inspired by Carnegie Hall’s citywide Migrations: The Making of America festival, songwriters from across the city have engaged with their own family histories and the legacies of their communities this season, creating new works about migration, immigration, home, and what it means to belong. This one-night-only concert experience promises to be an intriguing and timely exploration.

“We have selected seven new songs written by musicians from a variety of settings: classrooms, after-school programs, and the justice system,” said Toshi Reagon. “Each songwriter has a different voice and history with music. Together, their words and sounds will tell a powerful story about our collective experience with migration.”

The songs—composed in a wide variety of styles from blues to reggae and R&B to folk—include “Freedom Trap,” about the challenges of returning home after incarceration, “Sunshine,” about facing discrimination as a Filipino American, and “Señoritas,” a song inspired by the stories of women traveling to the United States from Latin America. “Home,” written by young musicians in the justice system, expresses a simple wish to go home, “Get” highlights the exodus of African Americans from the South to the North during the Great Migration, and “Unity is Now” contrasts Martin Luther King’s dream of freedom and equality with the current realities of immigration enforcement. “To the Highest Elevation” explores evolution, migration, and the passing of cultural and family traditions.

Listen to demos of these brand new tracks here.

Many of the songwriters—all of whom participate in programs offered through Carnegie Hall’s Weill Music Institute—will perform their own songs in the concert, including members of the Future Music Project Ensemble—a teen collective that comes together weekly in the Hall’s Resnick Education Wing to create, perform, and produce original music. Additional songwriters/performers include members of the Musical Connections Advisory Committee, and high school students from P177Q in Queens, New York. In addition to the new material, Toshi Reagon will select additional songs that speak to different aspects of the migration experience and showcase each of the guest artists’ perspectives.

In preparation for the show, Toshi Reagon will lead a community conversation in Carnegie Hall’s Resnick Education Wing on Saturday, May 18 at 3:00 p.m. with Marley Dias, the 13 year-old founder of #1000BlackGirlBooks, civil rights lawyer Anurima Bhargava, East-African retro-pop artist Alsarah Elgadi, and Natalia Aristizabal Betancur from Make the Road New York. The event is free and open to the public, and RSVPs open on Friday, May 10 at 11:00 a.m.

“This season, songwriters from across New York City have grappled with the theme of migration, creating deeply personal and powerful songs,” said Sarah Johnson, Chief Education Officer and Director of Carnegie Hall’s Weill Music Institute. “This music is imaginative, relevant, and needs to be heard. We can’t wait to showcase these incredible new songs on the Carnegie Hall stage while opening up this important discussion around migration, origins, and belonging to the wider community.”

About Toshi Reagon
Toshi Reagon is a singer, composer, curator, and producer with a profound ear for sonic Americana—from folk to funk, from blues to rock. Her many collaborators include Lizz Wright, Carl Hancock Rux, Allison Miller, Meshell Ndegeocello, and her mother Bernice Johnson Reagon. In addition to touring as a solo artist and with her band BIGLovely, Toshi’s current projects include Celebrate The Great Women of Blues and Jazz, a 16-piece all-women’s performance featuring some of New York’s best instrumentalists and vocalists; The Blues Project, a 2015 Bessie Award winning dance, theater, and music piece produced in collaboration with Dorrance Dance; the opera Zinnias—The Life of Clementine Hunter; and Meshell Ndegeocello’s Can I Get A Witness: The Gospel of James Baldwin. Toshi recently developed an opera based on Octavia Butler’s novel Parable of the Sower, which debuted in fall 2017 and was recently featured at the Public Theater. In 2011, Toshi created Word* Rock* & Sword: A Festival Celebration of Women's Lives, a festival that brings together musicians, filmmakers, heath practitioners, dancers, activists, writers, community organizations, and everyday brilliant people each September. Toshi has co-composed music for two Peabody Award-winning films, received an NYFA award for music composition, a Black Lily Music and Film Festival Award, OutMusic’s Heritage Award, a NEFA National Theater Project creation and touring grant, and is a National Women's History Month Honoree. She was named a 2015 Art of Change Fellow by the Ford Foundation, and is the first University of North Carolina Mellon Foundation DisTIL fellow.

About  Migrations: The Making of America
Kicking off at Carnegie Hall on March 9 with events through May 2019, Carnegie Hall’s citywide festival Migrations: The Making of America traces how large-scale movements of people—both to and within our country—have helped shape American arts, culture, and society. The festival features more than 100 events with musical programming at Carnegie Hall and public programming, performances, exhibitions, and events at more than 75 leading cultural and academic institutions across New York City and beyond.

At Carnegie Hall, festival concerts have examined the musical legacies of three migrations: the crossings from Scotland and Ireland during the 18th and 19th centuries, the immigration of Jews from Russia and Eastern Europe between 1881 and the National Origins Act of 1924, and the Great Migration—the exodus of African-Americans from the South to the industrialized cities of the Northeast, Midwest, and West from 1917 into the 1970s. Events at festival partner organizations, ranging from music and dance to exhibitions, talks, and films, have further amplified the themes celebrated by Carnegie Hall and have explored many other migrations from around the world—from elsewhere in Europe, Latin America, the Caribbean, and Asia as well as the internal migration of Native Americans—all of which have contributed to American culture today. Programming throughout the festival also focuses on New York City’s history and identity as a city welcoming to immigrants, highlighting traditions and cross-cultural collaborations of the city’s many diverse communities. For more information, visit carnegiehall.org/migrations.

In preparation for the Soul Mechanism concert on May 19, celebrated performer Toshi Reagon leads a discussion with artists, activists, and community leaders on the ways ideas travel from generation to generation and across borders.

A CONCERT CELEBRATING THE MUSIC OF MIGRATIONS

Soul Mechanism: A Concert Celebrating the Music of Migrations, a creative learning project for young people across New York City, is made possible in part by generous support from Martha and Bob Lipp.

Tickets for the May 19 performance, priced at $20–$30, are available at the Carnegie Hall Box Office, 154 West 57th Street, or can be charged to major credit cards by calling CarnegieCharge at 212-247-7800 or by visiting the Carnegie Hall website, carnegiehall.org.