Carnegie Hall Presents the World Premiere of NOOMA, A New Opera for Babies 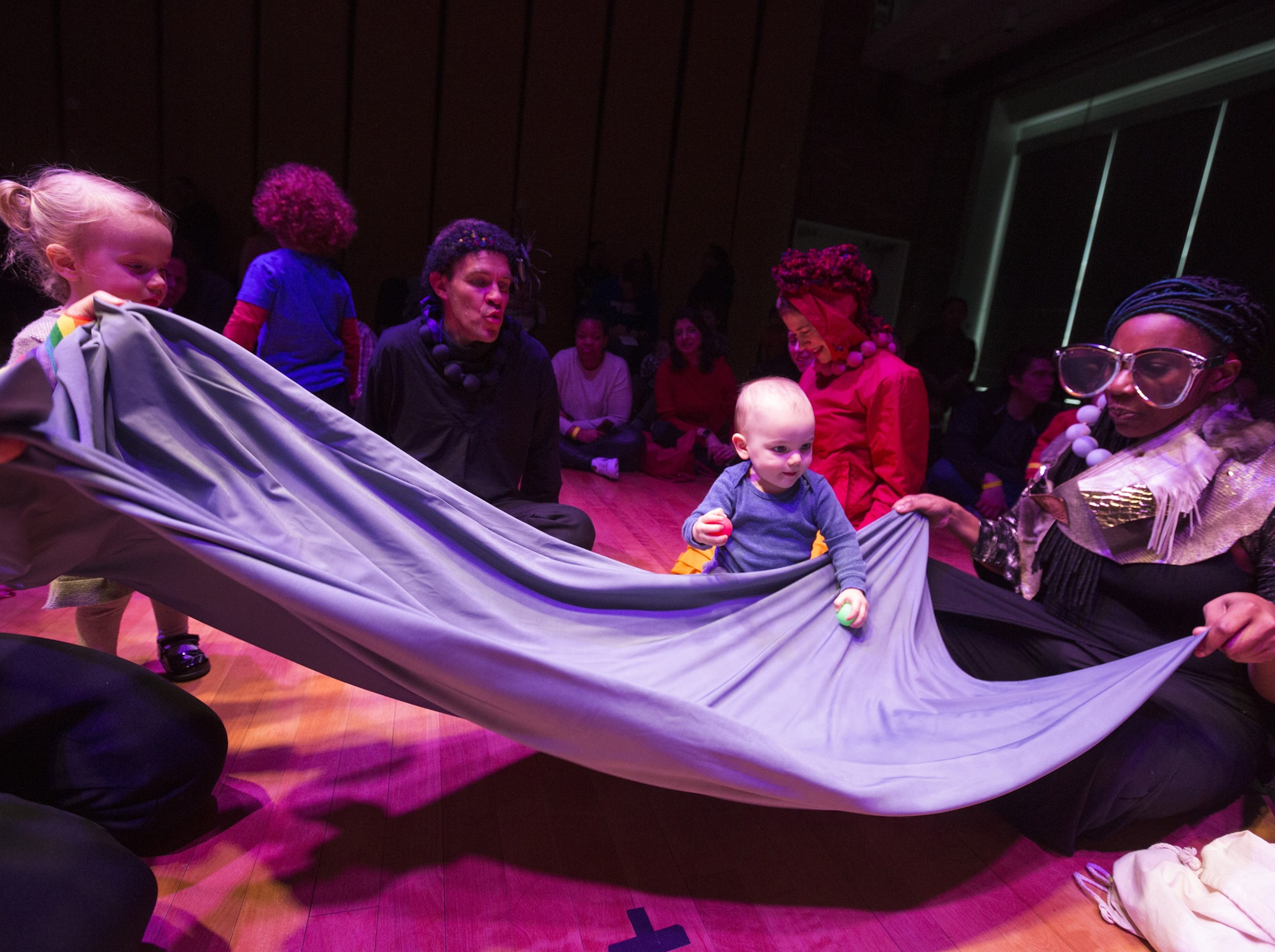 On Friday and Saturday, April 26–27 at 10:00 and 11:15 a.m., Carnegie Hall presents the world premiere of NOOMA, a new work co-commissioned by Carnegie Hall, Minnesota Opera, and San Francisco Opera. This new opera, composed specifically with babies in mind, uses parachutes to create an intimate world of wonder and interaction. Designed and performed by Moving Star Vocal Ensemble in Carnegie Hall’s Resnick Education Wing, the performance invites audiences into an expanding and contracting world and immerses them in parachutes’ movements as they become metaphors for breathing (‘NOOMA’ is a play on the ancient Greek word pneuma, meaning both breath and spirit or soul). Admission is free and will be granted on a first-come, first-served basis for the first 50 babies and their parents or guardians.

The performances are part of Carnegie Hall’s expanding series of early childhood programs for babies and toddlers ages 0–2, which also includes OTOYOTOY!, an immersive musical theater piece that gives children the chance to play in a world where sounds and words are shared, mimicked, and transformed; and the Lullaby Project, a program that pairs pregnant women and new parents with professional artists to write and sing personal lullabies for their babies.

To better understand the effect of music in early childhood development, Carnegie Hall commissioned a research paper from Dr. Dennie Palmer Wolf, an expert in the field. Entitled Why Making Music Matters: Singing, Playing, Moving, and Sharing in the Early Years, the paper points to several key reasons why investing in children early and often is critical to healthy development and a successful future—and demonstrates that music can play a powerful role in everyday interactions that support our next generation.

Next season, responding to overwhelming demand, NOOMA will be offered 10 times during the week of October 14–18, 2019 at Carnegie Hall (twice each day), and OTOYOTOY! will similarly be offered 10 times from April 20–24, 2020. NOOMA will also be presented this season by Minnesota Opera as part of the Ordway Center for the Performing Art’s Flint Hills Family Festival on May 31 and June 1, 2019 in St Paul, Minnesota, with additional performances to be announced by San Francisco Opera in a future season.

About the Moving Star Vocal Ensemble
Moving Star is a vocal ensemble that creates original music for a cappella voices infused with a wide variety of improvisational techniques. Improvisation is the lifeblood that runs throughout Moving Star’s experimental rehearsal process, compositions, and on-the-spot improvisations. The ensemble is currently in residence at Carnegie Hall and includes singers and musicians from diverse traditions and backgrounds. Singers include practitioners of the vocal improvisation techniques of Bobby McFerrin and Rhiannon, members of The M6: Meredith Monk Music Third Generation, as well as composers, songwriters and singers trained in classical, jazz, and other musical genres from around the world.

This new opera for babies uses parachutes to create an intimate world of wonder and interaction. Designed and performed by Moving Star Vocal Ensemble, the performance invites audiences into an expanding and contracting world and immerses them in parachutes’ movements as they become metaphors for breathing.

Please note that this event is for babies and toddlers age two or younger. It is not recommended for older children.

Tickets: Free (first come, first served for the first 50 children and their parents or guardians)