Teen Musicians from Across the US Selected for NYO Jazz 2019

Talented Teens to Travel the World as Musical Ambassadors 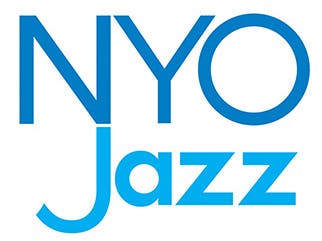 (April 9, 2019; NEW YORK, NY)—Carnegie Hall today announced the names of 22 outstanding young musicians chosen from across the country for NYO Jazz, a four-week intensive summer program designed to nurture and showcase the talents of exceptional young American jazz instrumentalists (ages 16-19). The members of NYO Jazz 2019—hailing from 15 US states and drawn from every region of the United States—have been recognized by Carnegie Hall as being among the finest players in the country following a comprehensive and highly competitive audition process. This summer’s orchestra will feature 6 teen musicians who are returning to NYO Jazz, now in its second summer. The musicians who make up the 2019 ensemble will have the opportunity to play alongside talented peers, learn from world-class jazz masters, and perform in cultural capitals around the world, serving as dynamic youth ambassadors for their country.

See below or click here for the complete roster, including the names, instruments, and hometowns of the members of NYO Jazz.

“After a hugely successful first year for this ensemble last year, we are excited to welcome this extraordinary group of musicians from across the US to NYO Jazz’s 2019 roster,” said Clive Gillinson, Carnegie Hall’s Executive and Artistic Director. “I’m sure that this will be a summer of great musical and cultural discovery for these young players–a chance to build their musical skills and to share this uniquely American music with audiences worldwide. I’m equally sure, as was the case last summer, that they will thrill audiences with the quality of their artistry wherever they travel.”

The musicians of NYO Jazz will travel to New York in mid-July 2019 to begin their two-week training residency on the campus of Purchase College, State University of New York. Led by Artistic Director Sean Jones, NYO Jazz players will have the opportunity to work with some of America’s top jazz artists who will lead in-depth training workshops and master classes. A highlight of the residency will be NYO Jazz’s Carnegie Hall performance on Saturday, July 27 at 8:00 p.m. led by bandleader/trumpeter Sean Jones and featuring Grammy Award-winning vocalist Kurt Elling.

Following their New York appearance, NYO Jazz—joined by Kurt Elling—will embark on its first-ever tour to Asia, with debut performances across China. NYO Jazz’s diverse repertoire ranges from big band standards to Carnegie Hall–commissioned works for the ensemble, as well as other contemporary pieces exploring jazz’s influence on hip-hop, R&B, and pop music. For NYO Jazz’s 2019 concerts, Carnegie Hall has commissioned Ayn Inserto, who has been hailed as one of the most distinctive large-ensemble composers of her generation. The program will also include a new work by Jihye Lee, plus new arrangements by Igmar Thomas and Wycliffe Gordon, as well as classic pieces by Dizzy Gillespie, Don Ellis, Thad Jones, and Mary Lou Williams.

NYO Jazz builds on the success of Carnegie Hall’s critically acclaimed National Youth Orchestra of the United States of America (NYO-USA) which brings together the nation’s finest classical musicians (ages 16–19) and NYO2 (ages 14–17)—created by Carnegie Hall in 2013 and 2016, respectively—which draw together outstanding young classical musicians from across the country each summer for training, performances, and international touring. NYO Jazz gives young musicians the opportunity to perform as cultural ambassadors on an international stage and share a uniquely American musical genre with cultures around the world through an international tour each summer. All three national youth ensembles are offered free of charge to all participants, including room and board, and all rehearsal, teaching, performance, and touring activities—ensuring that all invited musicians have the opportunity to take part in these prestigious national programs.

Major support has been provided by the Doris Duke Charitable Foundation and Clive Gillinson, and MBK Partners.

Additional support has been provided by Sarah Arison and Bank of America.

What the Press Said About NYO Jazz 2018:

See more from NYO-USA, NYO2, and NYO Jazz on YouTube.