Maestro Tilson Thomas Leads the Orchestra in Stern Auditorium / Perelman Stage; May 1 Program to Include a New York Premiere by Julia Wolfe, Berlioz's Symphonie fantastique, and Prokofiev’s Piano Concerto No. 5 with Ms. Wang 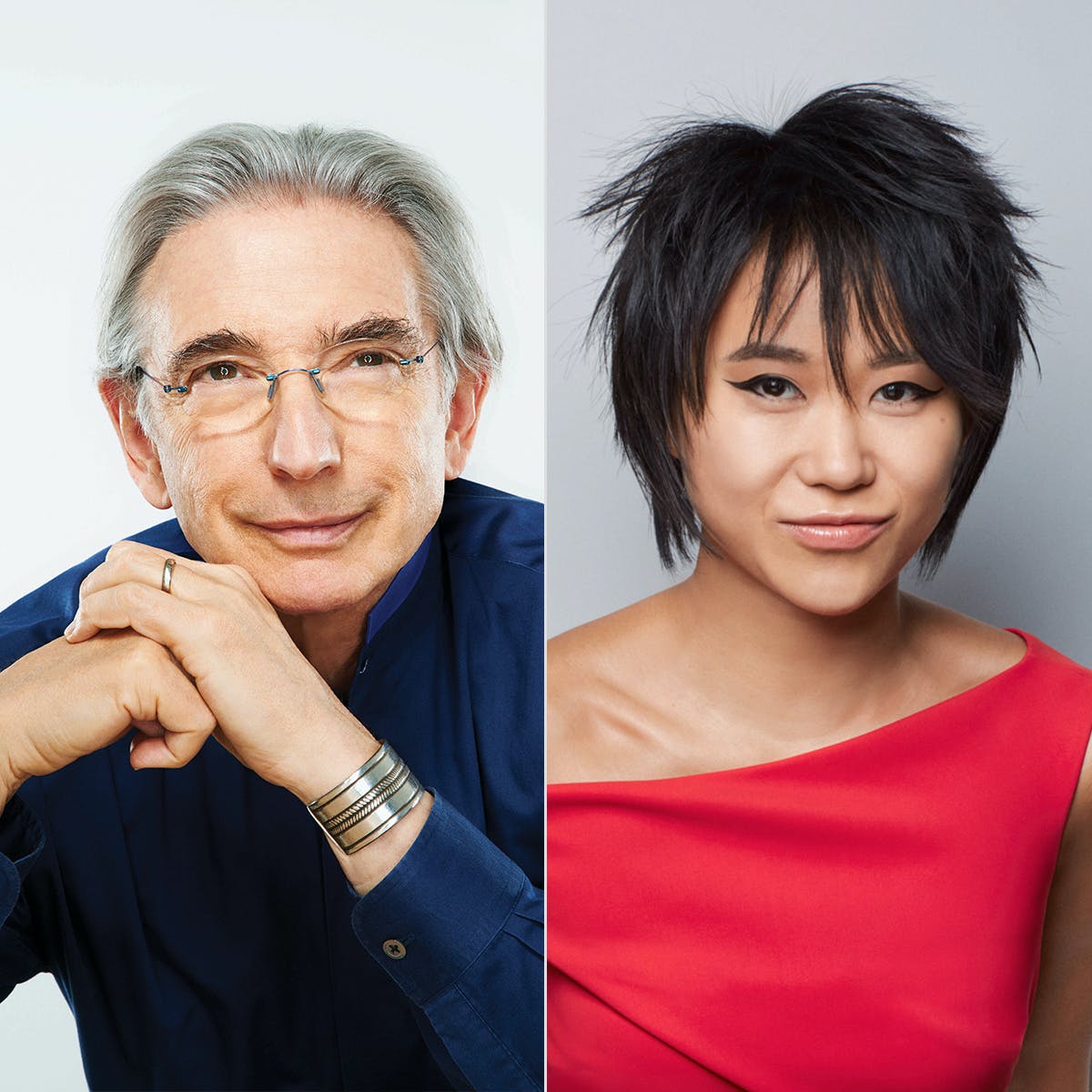 On the following evening, Thursday, May 2 at 7:30 p.m., Maestro Tilson Thomas leads the orchestra in Zankel Hall with Ms. Wang playing the New York premieres of Tilson Thomas’s Sunset Soliloquy and You Come Here Often?, both for solo piano. Also on the program is the New York premiere of Tilson Thomas’s Four Preludes on Playthings of the Wind written for and featuring soprano Measha Brueggergosman, and vocalists Kara Dugan and Kristen Toedtman, as well as Schubert’s String Quartet in D Minor, D. 810, "Death and the Maiden" (arr. for string orchestra by Mahler; edited by Michael Tilson Thomas).

About the Artists
Canadian soprano Measha Brueggergosman began her career predominantly committed to the art of the song recital and has presented innovative programs at Carnegie Hall, the John F. Kennedy Center for the Performing Arts, Wigmore Hall, both the Konzerthaus and Musikverein in Vienna, Teatro Real, as well as at the Schwarzenberg, Edinburgh, Verbier and Bergen Festivals with celebrated collaborative pianists Justus Zeyen, Roger Vignoles, Julius Drake, and Simon Lepper. She has worked with both the San Francisco Symphony and New World Symphony and has collaborated with conductors such as Daniel Barenboim, Michael Tilson Thomas, Sir Andrew Davis, Gustavo Dudamel, and Daniel Harding.

Ms. Brueggergosman’s first recording for Deutsche Grammophon, Surprise, included works by Schoenberg, Satie, and Bolcom. Her subsequent disc, Night and Dreams, won several awards, and her recording of the Wesendonck Lieder with Franz Welser-Möst and The Cleveland Orchestra earned her a Grammy Award nomination in 2011.

Off the stage, Ms. Brueggergosman is just as active: 2017 saw the release of her memoir (published by HarperCollins); she appears regularly on primetime TV (most recently, advocating on behalf of contemporary Canadian literature); and leading Canadian children across the country in song, in celebration of a nationwide campaign for music education. Measha Brueggergosman champions the education and involvement of new audiences and holds several honorary doctorates and ambassadorial titles with international charities.

Born in Beijing, Yuja Wang was encouraged to pursue music at an early age, starting piano lessons at the age of six and studying at Beijing’s Central Conservatory of Music. She moved to Canada in 1999 and became the youngest student ever enrolled at Mount Royal Conservatory. Ms. Wang was appointed as a Steinway Artist in 2001 and accepted a place at the Curtis Institute of Music to begin studying piano with Gary Graffman the following year. After graduating from Curtis in 2008, she went on to be an exclusive Deutsche Grammophon recording artist, prompting Gramophone to name her as its 2009 Young Artist of the Year after the debut of her first album. In April 2009, Yuja Wang gave her first performance in Stern Auditorium / Perelman Stage with the YouTube Symphony Orchestra conducted by Michael Tilson Thomas and also featuring Ms. Brueggergosman as soloist. The following year, Ms. Wang was awarded the prestigious Avery Fisher Career Grant. She earned a Grammy Award nomination for Best Classical Instrumental Solo for her 2011 recording of Rachmaninoff’s Piano Concerto No. 2 and Rhapsody on a Theme of Paganini with the Mahler Chamber Orchestra and Claudio Abbado. For more information on Yuja Wang’s Perspectives series visit: carnegiehall.org/wang.

Conductor, composer, and educator Michael Tilson Thomas curates his second Perspectives series at Carnegie Hall during the 2018–2019 season, leading four orchestras over seven concerts. He made his Carnegie Hall debut 50 years ago, leading the Boston Symphony Orchestra in 1969. With this Perspectives series, he celebrates more than 100 performances at Carnegie Hall. He is music director of the San Francisco Symphony; co-founder and artistic director of the New World Symphony, America’s Orchestral Academy; and conductor laureate of the London Symphony Orchestra. In addition to conducting the world’s leading orchestras, Mr. Tilson Thomas is also noted for his work as a composer and a producer of multimedia projects that are dedicated to music education and reimagining the concert experience. His compositions have been performed around the world, many premiering at Carnegie Hall during his first Perspectives series (2003–2005). He was also artistic director of Carnegie Hall’s 2011–2012 American Mavericks series in which he conducted the San Francisco Symphony in music by groundbreaking American composers. He has won 11 Grammy Awards for his recordings, is the recipient of the National Medal of Arts, and is a Chevalier de l’Ordre des Arts et des Lettres of France. For more information visit: carnegiehall.org/mtt.

The New World Symphony, America’s Orchestral Academy (NWS), prepares graduates of music programs for leadership roles in professional orchestras and ensembles. In the 31 years since its co-founding by Artistic Director Michael Tilson Thomas and Lin and Ted Arison, NWS has helped launch the careers of more than 1,100 alumni worldwide.

A laboratory for the way music is taught, presented and experienced, the New World Symphony consists of 87 young musicians who are granted fellowships lasting up to three years. The fellowship program offers in-depth exposure to traditional and modern repertoire, professional development training and personalized experiences working with leading guest conductors, soloists and visiting faculty. Relationships with these artists are extended through NWS’s distance learning via the internet.

NWS Fellows take advantage of the innovative performance facilities and state-of-the art practice and ensemble rooms of the Frank Gehry-designed New World Center, the campus of the New World Symphony and home of the Knight New Media Center.

In the hopes of joining NWS, more than 1,500 recent music school and conservatory graduates compete for about 35 available fellowships each year. The Fellows are selected for this highly competitive, prestigious opportunity based on their musical achievement and promise, as well as their passion for the future of classical music.

The Trustees of Carnegie Hall gratefully acknowledge the generosity of Mr. and Mrs. Alan G. Weiler in support of the 2018-2019 season.