Carnegie Hall Presents We Chose to Go to the Moon, A Celebration of the 50th Anniversary of Apollo 11, Tuesday, July 16 and Saturday, July 20 in Zankel Hall 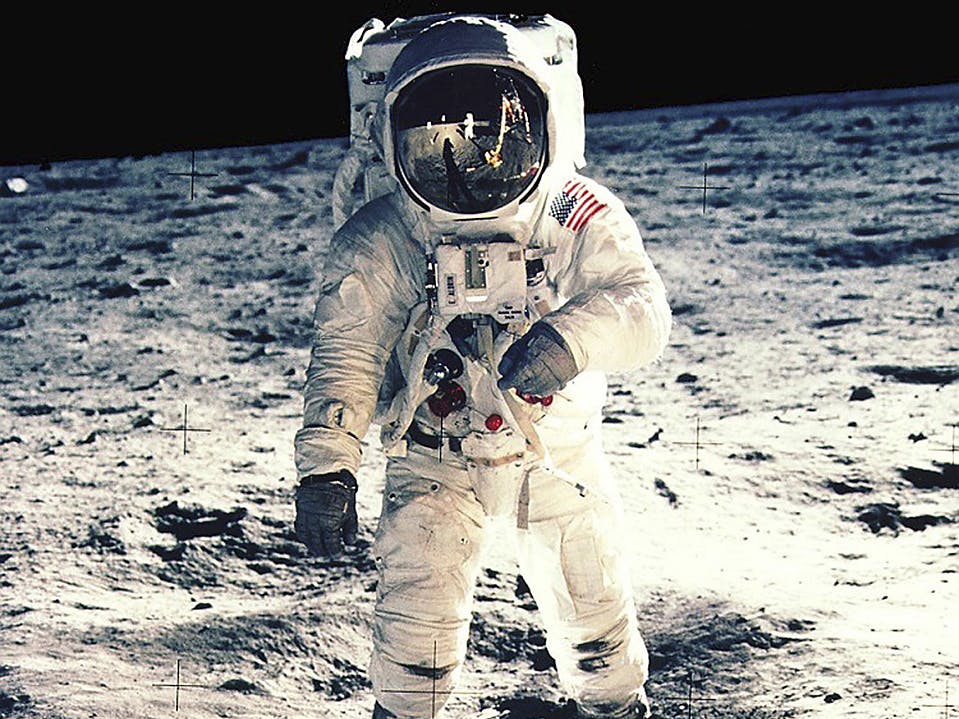 NEW YORK, NY— Commemorating the 50th anniversary of the Apollo 11 moon landing, Carnegie Hall presents two performances of We Chose to Go to the Moon—a music and multimedia presentation, created and narrated by historian John Monsky, that reignites the unforgettable moments of the historic mission—on Tuesday, July 16 at 7:30 PM and Saturday, July 20 at 8:00 PM in Zankel Hall, part of Monsky’s groundbreaking series, American History Unbound.

On July 20, 1969, the world looked on in wonder as American astronauts Edwin “Buzz” Aldrin and Neil Armstrong landed on the moon. That “giant leap for mankind” took place just eight years after President John F. Kennedy first challenged the country to land a man on the moon saying, “We choose to go to the moon in this decade and do the other things, not because they are easy, but because they are hard….”

With two performances of We Chose to Go to the Moon presented fifty years to the day since Apollo 11’s launch and moon landing, respectively, Monsky returns to Zankel Hall to bring to life the race to space and the realization of President Kennedy’s dream for America, fulfilled some six years after his assassination. The program highlights the incredible risks, excitement, and drama in the tension-filled mission control room as remembered by both participants and witnesses as well as the anxiety and excitement surrounding the lunar landing, all set against one of the most turbulent decades in American history.

Following his sold out 2018 performance of The Vietnam War: At Home and Abroad at Carnegie Hall, Monsky now presents this next installment of his captivating American History Unbound series. We Chose to Go to the Moon showcases Monsky’s remarkable ability to unify music, narration, and multimedia to create an immersive experience for audience members.

The program features performances by leading Broadway singers Shonica Gooden (Cats, Hamilton), Adam Kantor (The Band’s Visit, Fiddler on the Roof), Elena Shaddow (The Visit, La Cage aux Folles) and David St. Louis (Side Show, Harry Potter and the Cursed Child) collaborating with Orchestra of St. Luke’s, conducted by Kimberly Grigsby (Music Director, Broadway’s To Kill a Mockingbird, Head Over Heels). With musical selections inspired by America’s race to space—including David Bowie’s “Space Oddity,” favorites by Paul Simon and Elton John, and more, the program also features recently discovered footage from NASA, including iconic photographs and archival interviews with astronauts and their families. Capping the performance on July 16 only, Mark and Kali Armstrong, Neil’s son and granddaughter, will also perform “Flight of Fancy,” a song dedicated to the man that both they—and America—loved.

“The story of the space race isn’t just about going to the moon, it’s also about what was happening on the ground. As Neil Armstrong was taking those first steps, made possible by the brilliance of the engineers in mission control, heroic “computers” and unsung “hidden figures,” astronauts’ families were making unimaginable sacrifices. At the very same time, Americans were marching for equality and civil and women’s rights, while the Vietnam War raged. Carnegie Hall is an incredible platform to tell these many incredible stories,” says John Monsky.

“John Monsky is a great storyteller with a special ability to combine music, visual images and film in a way that is magical and very emotional,” says Carnegie Hall’s Executive and Artistic Director Clive Gillinson. “We were deeply moved by John’s stunning depiction of the Vietnam War in 2018, and greatly look forward to his return this summer as he brings audiences along with him, capturing the excitement and spirit of the moon landing in this next edition of his series at Carnegie Hall.”

About John Monsky and The American History Unbound Series
John Monsky is an historian, writer, producer, lecturer and lawyer. American History Unbound, his innovative series of multimedia productions, was developed at the New-York Historical Society, and the first installment, The Vietnam War: At Home and Abroad, was presented at Carnegie Hall in 2018, as part The ‘60s: The Years That Changed America, a citywide festival inspired by Pulitzer Prize–winning author Robert Caro. The series, exploring watershed moments in American history, combines live music performed by celebrated Broadway actors and a full orchestra, incorporating film, photography, historic flags and material culture from Monsky’s personal collection. Narrated by Monsky, with a script often inspired by his own memories and observations, each production includes powerful examinations of singular and pivotal events —from the Revolutionary War and Civil War to D-Day—turning points in history that changed America.

Decades ago, Monsky’s mother bought her 12-year-old son his first “flag,” a red kerchief (an artifact from Theodore Roosevelt’s unsuccessful 1912 Presidential bid), to appease his boredom while on a routine shopping outing. Today, his collection of flags and textiles—tangible artifacts that connect us to our history—has become one of the finest in the country. As his collection grew, so did annual Flag Day presentations held in Monsky’s own apartment. Adding bands and Broadway singers to accent his talks, they eventually required portal-widening-living-room-construction to accommodate friends and family, all riveted by Monsky’s storytelling. Sought-after invitations to these informal gatherings attracted the attention of The New Yorker in 2012, when Monsky took a second look at the War of 1812, with a presentation that included the commissioning pennant from the great wooden frigate, the USS Constitution. Louise Mirrer, the CEO and President of the New-York Historical Society, where Monsky is a trustee, recalled, “I attended the Flag Day celebrations and was absolutely dazzled. One of those years after viewing…a really exceptional explication of history, I said to John, ‘you know, you should do that in our auditorium.’” She has since called his D-Day production “the most moving event ever presented on the Society’s stage.”

Monsky graduated from Yale College as a history major, where he was awarded the White Prize in History and the Deforest Oratory Prize. After attending Harvard Law School and working as a law clerk, he served as an attorney for the US Senate Congressional Committee that was investigating the Iran Contra affair. When not collecting historic flags or researching his stories, Monsky’s day job is at Oak Hill Capital, an investment firm, where he serves as partner and general counsel. He and his wife live in New York City with their four children and two dogs, Flag and Flyer.

Presented by Carnegie Hall in association with the New-York Historical Society and Media Art Xploration, Inc.

There is limited ticket availability for these performances. Tickets, priced at $38 and $45 are now on sale at the Carnegie Hall Box Office, 154 West 57th Street, or can be charged to major credit cards by calling CarnegieCharge at 212-247-7800 or by visiting the Carnegie Hall website, carnegiehall.org.

Artists, programs, and prices are subject to change.