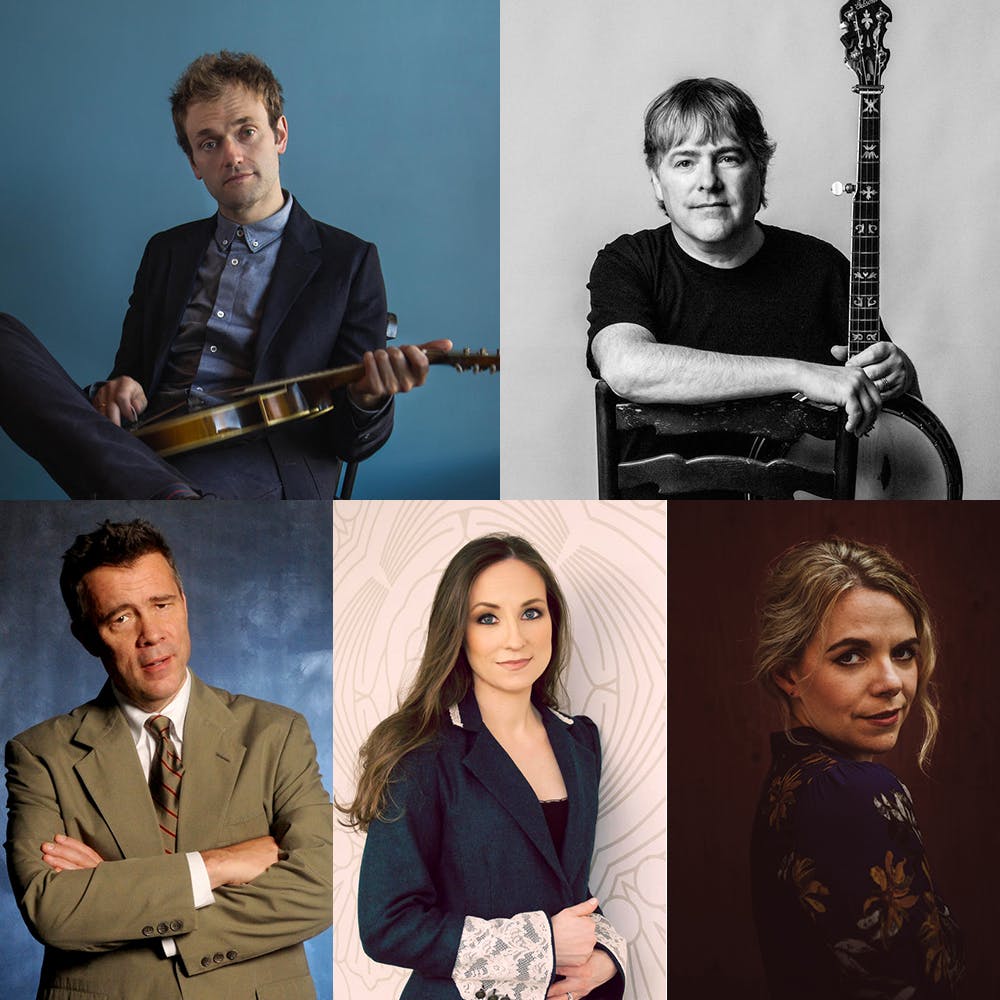 The concert will be broadcast nationwide on Live from Here, a variety show that features a mix of well-known and up-and-coming talent resulting in a unique blend of musical performances, comedy and audience interaction. The radio program—hosted by Thile—is produced and distributed nationwide by American Public Media, and is heard by 2.6 million listeners each week on nearly 600 public radio stations. For listening information please visit: https://www.livefromhere.org/listen.

This opening performance of the Migrations festival at Carnegie Hall will explore the ways in which Scots and Irish traditions helped shape and continue to influence American folk music today. Speaking to the theme, Thile commented on the blending of musical influences—the result of cultures bumping into one another and transforming into something new—that is at the heart of so much contemporary music today:

“Is there anything more American than hearing someone play a fiddle tune? And is there anything more Irish than hearing someone play a fiddle tune? I love those sorts of connections—we’re so used to them that they’ve become every day. But, increasingly in the world, those connections are being formed between ostensibly more disparate cultures and the music that is resulting is increasingly mind blowing.”

Programming exploring the Scots-Irish migration continues at Carnegie Hall with a double bill by Scottish songwriter and spoken-word performer Karine Polwart and banjo player and songwriter Kaia Kater on Saturday, March 23 at 9 p.m. in Zankel Hall. With Rosanne Cash as its creative partner, this special double bill looks back to Scottish and Canadian roots, pairing Polwart’s traditional Scottish influences with Kater’s original songs inspired by Canadian folk music to create a progressive and thrilling new brand of music.

“What you notice first in the work of ‘The Gloaming’,” said Irish writer Colm Tóibín, “is the energy that comes from the clash and then the connection between tradition and innovation, between following contours that have been inherited and then creating a new tonal realm for that very inheritance. The music is nourished by diversity and range, it is open to the world, but it is also rooted in Ireland; it comes from a close study and deep knowledge of a tradition strong enough to be played with and enriched.”

In addition, beginning March 9, Carnegie Hall will present for the very first time an exhibit about its founder, Andrew Carnegie, in the Rose Museum. In the free exhibit, entitled Andrew Carnegie: His Life and Legacy, Carnegie Hall Archives and Rose Museum Director Gino Francesconi charts the Carnegie family’s passage from Scotland and Andrew’s ever-present influence in America. With archival documents, photos, and artifacts on loan from the Carnegie family, the Andrew Carnegie Birthplace Museum, the Carnegie Corporation of New York and its archives at Columbia University, the National Archives and Records Administration, and more, the exhibit shows Andrew’s journey from humble beginnings toward becoming the most prominent philanthropist of his time. The exhibit will be on display through the end of October 2019 in celebration of the Andrew Carnegie centennial.


About Migrations: The Making of America
Carnegie Hall’s citywide festival Migrations: The Making of America traces how large-scale movements of people—both to and within our country—have helped shape American arts, culture, and society. The festival features more than 100 events, with musical programming at Carnegie Hall and public programming, performances, exhibitions, and other events at more than 75 leading cultural and academic institutions across New York City and beyond.

Chris Thile is the holder of the 2018–2019 Richard and Barbara Debs Composer’s Chair at Carnegie Hall.

This special double bill looks back to Scottish and Canadian roots while creating a progressive and thrilling new brand of music. Karine Polwart is a multi-award–winning Scottish songwriter, spoken-word performer, and essayist. She performs traditional music, as well as her own strikingly original, deeply personal and socially penetrating songs. Kaia Kater was born of African-Caribbean descent in Quebec. Her marvelously original music is influenced by the Canadian folk music of her parents and the years she studied and performed Appalachian music in West Virginia.

Presented as part of American Byways.

The Gloaming embodies the soul and history of Irish/Celtic music. Incorporating elements of jazz and contemporary music while remaining true to a lasting tradition, the group brings a freshness and vitality to traditional Irish music that defies labeling.