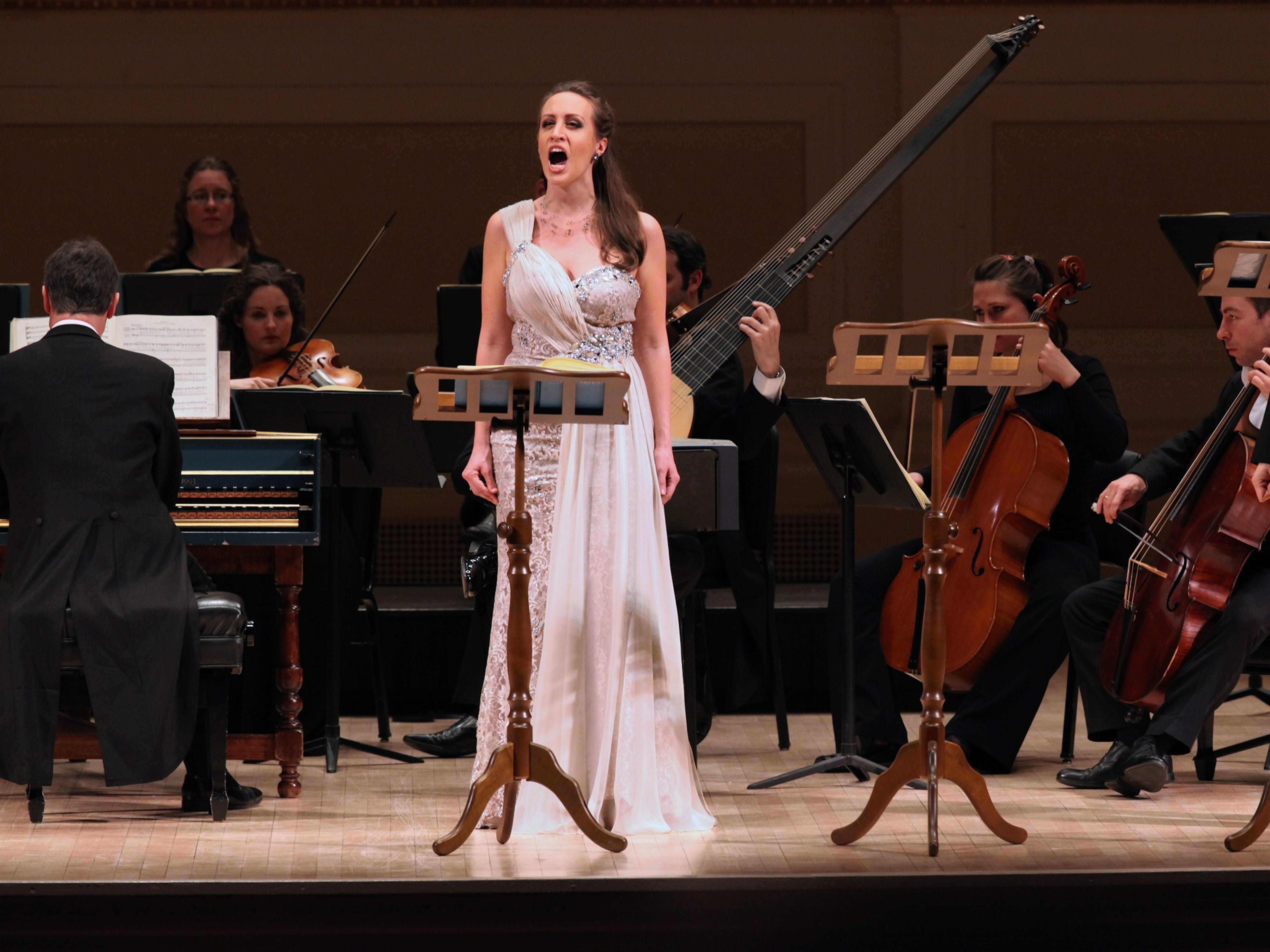 This concert marks the seventh year of an acclaimed multi-year Handel operas and oratorios project by Harry Bicket, The English Concert, and Carnegie Hall. This initiative began in 2013 with Radamisto featuring soprano Brenda Rae singing Polissena, and has continued in each subsequent season, with performances including Handel’s oratorio Theodora; mezzo-soprano Joyce DiDonato singing the title roles in both Alcina and Ariodante and Iestyn Davies in the title roles of Orlando and Rinaldo. In May 2020, Maestro Bicket returns with The English Concert to present a concert performance of Handel’s Rodelinda with Lucy Crowe singing the title role, joined by Iestyn Davies as Bertarido, Joshua Ellicott as Grimoaldo, Jess Dandy as Eduige, Anthony Roth Costanzo as Unulfo, and Brandon Cedel as Garibaldo.


About the Artists
Internationally renowned as an opera and concert conductor of distinction, Harry Bicket is especially noted for his interpretation of baroque and classical repertoire. In 2007, he became Artistic Director of The English Concert, one of the finest period orchestras. Bicket assumed his post as Chief Conductor of Santa Fe Opera in 2013 and opened the 2014 season with a critically-acclaimed performance of Beethoven’s Fidelio. He is renowned for his work with singers and vocal collaborators, including in recent seasons Lucy Crowe, Elizabeth Watts, Sarah Connolly, Joyce DiDonato, Alice Coote, and Iestyn Davies. His production of Handel’s Orlando for the Royal Opera House received an Olivier Award nomination for Best New Opera Production, and his recordings with David Daniels, Susan Graham, and Lorraine Hunt Lieberson have received both Grammy and Gramophone nominations.

Plans for the 2018–2019 season include return visits to The Metropolitan Opera (The Magic Flute), Lyric Opera of Chicago (Ariodante), The Cleveland Orchestra and Santa Fe Opera (Cosi fan Tutte and Strauss’s Four Last Songs with Renée Fleming), Prague Philharmonia featuring Beethoven’s The Creatures of Prometheus, and an appearance, while in Chicago, conducting Music of the Baroque. Plans with The English Concert include Mr. Bicket’s own arrangements of Mozart works for mechanical clockwork organ, Bach Cantatas for Advent and Wayne Eagling’s Remembrance ballet, set to Handel’s Ode to St Cecilia’s Day, at the English National Ballet Theatre. The orchestra continues their Handel opera series with performances of Semele in Europe and the United States, including Théâtre des Champs Elysées, the Barbican Centre, and Carnegie Hall.

The English Concert is one of Europe’s leading chamber orchestras, specializing in historically informed performance. Created by Trevor Pinnock in 1973, the orchestra appointed Harry Bicket as its Artistic Director in 2007. The English Concert has toured extensively, and recent highlights include European and US tours with Alice Coote, Joyce DiDonato, David Daniels, and Andreas Scholl, as well as the orchestra’s first tour to mainland China. Harry Bicket directed The English Concert and Choir in Bach’s Mass in B Minor at the 2012 Leipzig Bachfest and later that year at the BBC Proms, a performance that was televised for BBC4. The English Concert’s discography includes more than 100 recordings with Trevor Pinnock for Deutsche Grammophon Archiv and a series of critically acclaimed CDs for Harmonia Mundi with violinist Andrew Manze. Recordings with Harry Bicket have been widely praised, including Lucy Crowe’s debut solo recital, Il caro Sassone. The English Concert works with several distinguished guest directors, including violinist Fabio Biondi and harpsichordist Laurence Cummings.


Pre-concert talk at 1 PM with Benjamin Sosland, Assistant Dean for the Kovner Fellowships and Administrative Director of Juilliard Historical Performance, The Juilliard School.

The Trustees of Carnegie Hall gratefully acknowledge the generosity of Robert L. Turner in support of the 2018-2019 season.

Tickets, priced at $36–$118, are available at the Carnegie Hall Box Office, 154 West 57th Street, or can be charged to major credit cards by calling CarnegieCharge at 212-247-7800 or by visiting the Carnegie Hall website, carnegiehall.org.