Carnegie Hall Recital by Daniil Trifonov to be Webcast Live on medici.tv on Saturday, February 9 at 8 PM

Sold Out Concert Includes a Program of Beethoven, Schumann, and Prokofiev 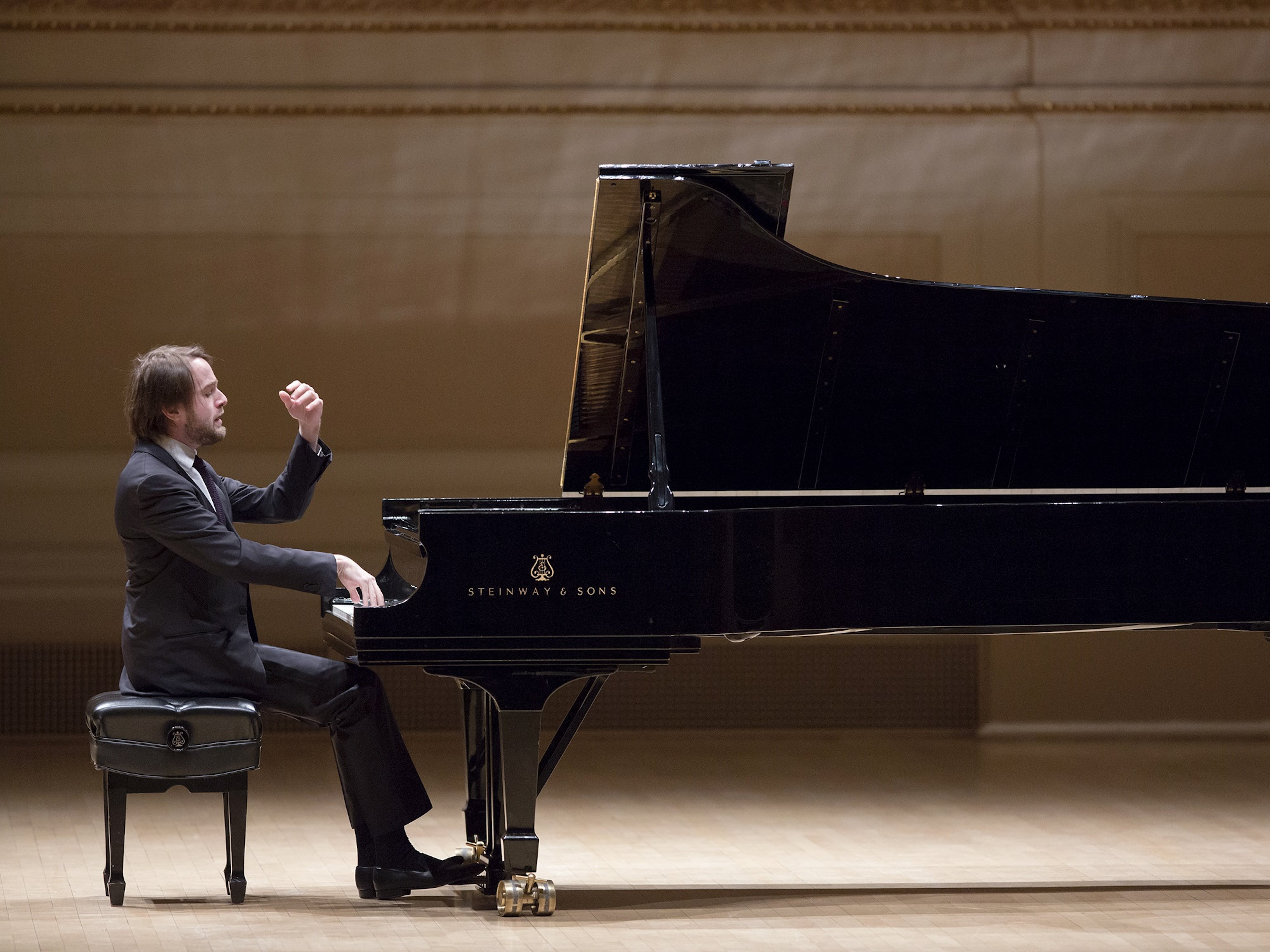 (New York, NY, February 4, 2019)—Carnegie Hall today announced that this weekend’s sold out performance by acclaimed pianist Daniil Trifonov on Saturday, February 9 at 8:00 p.m. in Stern Auditorium / Perelman Stage, will be webcast live, free of charge, to a worldwide audience on medici.tv and carnegiehall.org/medici.

Russian pianist Daniil Trifonov—winner of Gramophone’s 2016 Artist of the Year award—has made a spectacular ascent in the world of classical music as a solo artist, a champion of the concerto repertoire, a collaborator at the keyboard in chamber music and song, and a composer. The Times(UK) calls Trifonov “without question the most astounding pianist of our age.”

He launched the New York Philharmonic’s 2018–2019 season, playing Ravel’s Concerto in G for the opening-night gala under incoming Music Director Jaap van Zweden before rejoining the orchestra the following night for Beethoven’s mighty “Emperor” Concerto. He revisited the Ravel, both on tour with the London Symphony and Sir Simon Rattle, and during a residency at Vienna’s Musikverein that also saw him give the Austrian premiere of his own Piano Concerto. Similarly, the “Emperor” is the vehicle for further collaborations with the London Symphony and Michael Tilson Thomas, the National Symphony and Gianandrea Noseda, the Cincinnati Symphony and Louis Langrée, and the Cleveland Orchestra and Franz Welser-Möst, with whom the pianist embarks on a tour of Asia. Last season, Daniil Trifonov was the youngest artist ever to curate a Perspectives series at Carnegie Hall.

About medici.tv
Heralded by The New York Times as “the closest thing to a classical Netflix,” medici.tv brings live classical music to passionate audiences worldwide. Since its founding in 2008, it has captured the leading classical artists, ensembles and orchestras’ concerts from the world’s great concert halls, festivals and competitions. As the largest online platform for classical music, it offers over 100 live performances throughout the year and a vast catalogue of 3,000 works of classical music, concerts, operas, documentaries, master classes, behind-the-scenes views and artist interviews all streamed in high quality. medici.tv is available on all devices—desktop, smart phone, tablet, and TV via Airplay and Chromecast.

The collaboration between Carnegie Hall and medici.tv—making live webcasts of select Carnegie Hall concerts available to music lovers everywhere—began in fall 2014 and has since showcased performances by some of the world’s most celebrated artists. This performance is thirtieth concert to be webcast through the partnership. These webcasts—which, most recently included Carnegie Hall’s performances by Daniel Barenboim and the West-Eastern Divan Orchestra, Zubin Mehta leading the Israel Philharmonic Orchestra with soloists Itzhak Perlman and Pinchas Zukerman, Sir Antonio Pappano leading the Orchestra dell’Accademia Nazionale di Santa Cecilia with pianist Martha Argerich, and the Philip Glass Ensemble—have been enthusiastically received, reaching over 6 million views over the past three seasons with audience members originating from more than 180 countries and territories around the world.

Tickets, priced at $52–$155 are available at the Carnegie Hall Box Office, 154 West 57th Street, or can be charged to major credit cards by calling CarnegieCharge at 212-247-7800 or by visiting the Carnegie Hall website, carnegiehall.org.