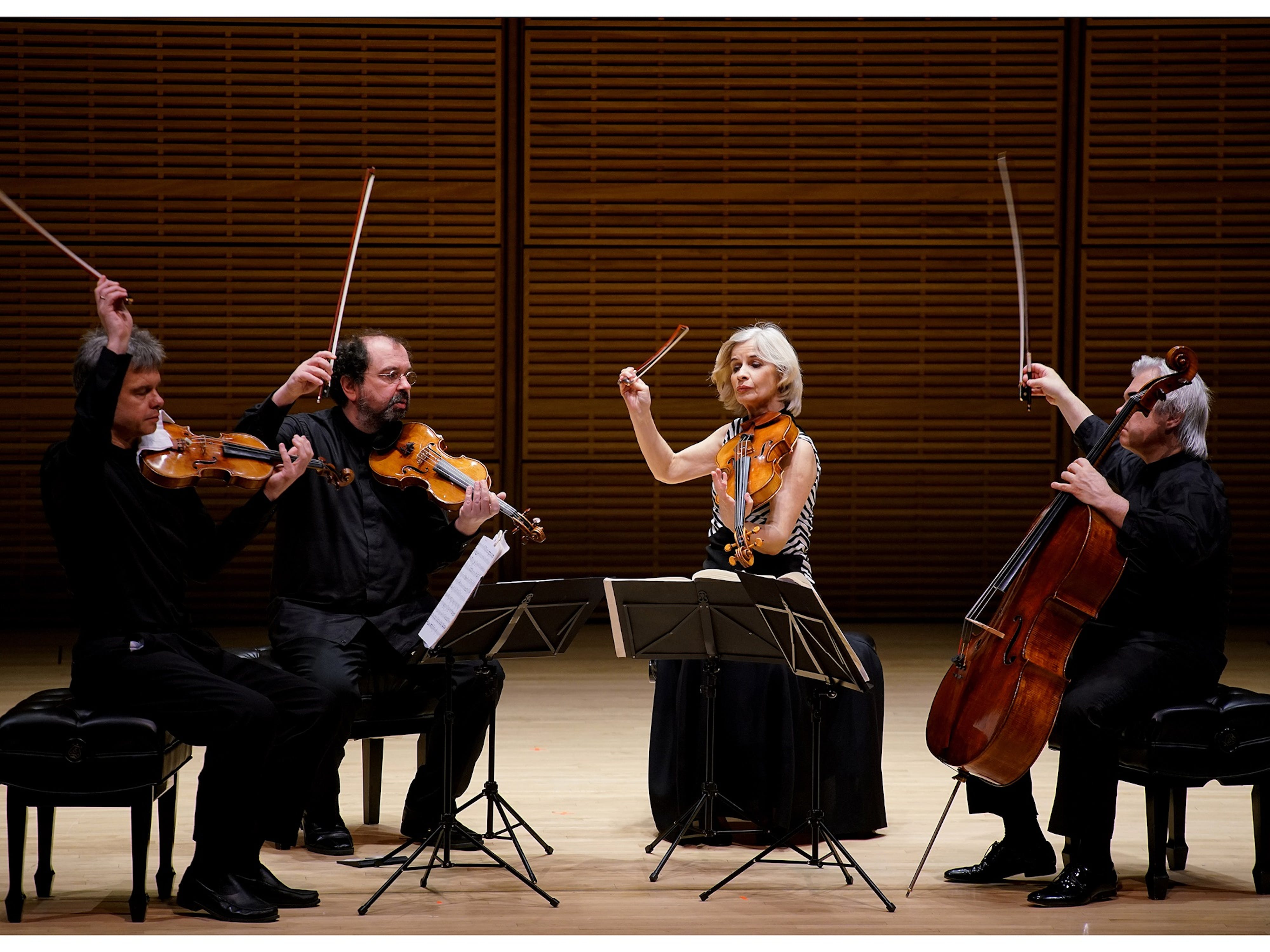 The acclaimed Hagen Quartet plays two exciting programs in Zankel Hall in March 2019. On Friday, March 22 at 7:30 p.m., they are joined by clarinetist and composer Jörg Widmann for the United States premiere of his Clarinet Quintet (co-commissioned by Carnegie Hall for its 125 Commissions Project) and Mozart’s Clarinet Quintet, both featuring the composer as clarinetist. Also on the program are selections from Dvorák’s Cypresses. Beginning at 6:30 p.m., there is a pre-concert talk with Jörg Widmann and Hagen Quartet violinist Rainer Schmidt in conversation with Jeremy Geffen, Senior Director and Artistic Adviser, Carnegie Hall.

The March 22 concert will be broadcast live on WQXR 105.9 FM in New York as part of the Carnegie Hall Live radio broadcast and digital series, also heard by listeners worldwide via wqxr.org and carnegiehall.org/wqxr. Produced by WQXR and Carnegie Hall and co-hosted by WQXR’s Jeff Spurgeon and Clemency Burton-Hill, select Carnegie Hall Live broadcasts featured throughout the season include special digital access to the broadcast team from backstage and in the control room, connecting national and international fans to the music and to each other.

About the Artists
The Hagen Quartet has attained an unparalleled position among the finest ensembles of our time, having been declared “the pinnacle of musicality” (Die Presse). For nearly four decades, the quartet has performed throughout the world and amassed a storied discography of nearly fifty recordings. Based in Salzburg, the Hagen Quartet celebrates its 40th anniversary in 2021. In addition to its stunning performances, the quartet’s approach to the business of quartet-playing sets it apart: the Hagen’s focus is purely on the music it makes, which has been reflected in the group’s enormous success.

The Quartet’s 2018–2019 concert season features a return to the most elite series, including Carnegie Hall, Boston’s Celebrity Series, Indianapolis’s Ensemble Music Society, Baltimore’s Shriver Hall, and the Philadelphia Chamber Music Society. The Hagen Quartet has performed regularly in North America for decades. Recent highlights include a complete Beethoven cycle at 92Y in New York; a Brahms program together with the pianist Kirill Gerstein at Duke University; and concerts in Boston, Cleveland, Philadelphia, Montreal, Los Angeles, San Francisco, and Washington D.C.

The Hagen Quartet’s most recent recording, featuring Mozart’s String Quartets K. 387 and K. 458, was awarded the Diapason d’Or and the Choc de Classica, as well as the coveted German ECHO Klassik Prize (2016). In 2011, The Hagen celebrated its 30th anniversary with two recordings for Myrios Classics featuring Mozart, Webern, Beethoven, Grieg, and Brahms. The same year, the Hagen won the ECHO Klassik Prize as Ensemble of the Year; in 2012, the Quartet was named Honorary Member of the Vienna Konzerthaus. Soon after its founding in 1981, the Hagen Quartet signed an exclusive recording contract with Deutsche Grammophon that resulted in 45 albums over the next twenty years featuring a wide array of repertoire, a project that has resulted in some of the iconic quartet recordings.

Younger musicians regard the Hagen Quartet as the archetype of sound quality, ensemble playing, and genuine commitment to the works and composers of the genre. As teachers and mentors at the Salzburg Mozarteum and the Hochschule in —as well as in international masterclasses—the Quartet’s members take great pride in passing on their wealth of experience and their old-fashioned craftsmanship to younger colleagues.

Chamber music performances during the past seasons include a tour with the Hagen Quartet in performances of Mr. Widmann’s new Clarinet Quintet in Paris, Lugano, Amsterdam, Essen, Berlin, London, and Salzburg; trio recitals with Tabea Zimmermann and Dénes Várjon in Helsinki and Freiburg, and at the Philharmonie in Cologne, Pierre Boulez Saal in Berlin, London’s Wigmore Hall, and Zankel Hall; recitals at San Francisco Performances and Tokyo’s Toppan Hall; and the premiere of a new piece written for him by Mark Andre at Wittener Tage für neue Kammermusik in Germany. Among his regular chamber music partners are renowned soloists such as Sir András Schiff and Elisabeth Leonskaja.

As a conductor, Mr. Widmann performs this season with the Orchestra della Svizzera Italiana, Tokyo Metropolitan Symphony Orchestra, Boulez Ensemble, Kammerakademie Potsdam, and on tour in Germany with the Junge Deutsche Philharmonie. As principal conductor, he leads the Irish Chamber Orchestra in concerts in Ireland, Europe, and on a tour to South America.

Mr. Widmann is a fellow at the Wissenschaftskolleg in Berlin, a full member of the Bayerische Akademie of Schönen Künste, and, since 2007, the Freien Akademie der Künste Hamburg, the Deutsche Akademie der Darstellenden Künste, and the Akademie der Wissenschaften und der Literatur Mainz. He was awarded the Robert Schumann Prize for Poetry and Music. He is professor for composition at the Barenboim-Said Academy in Berlin. Most recently, Jörg Widmann has been appointed to the Richard and Barbara Debs Composer’s Chair for Carnegie Hall’s 2019–2020 season.

Tickets, priced $59 and $71 are available at the Carnegie Hall Box Office, 154 West 57th Street, or can be charged to major credit cards by calling CarnegieCharge at 212-247-7800 or by visiting the Carnegie Hall website, carnegiehall.org.