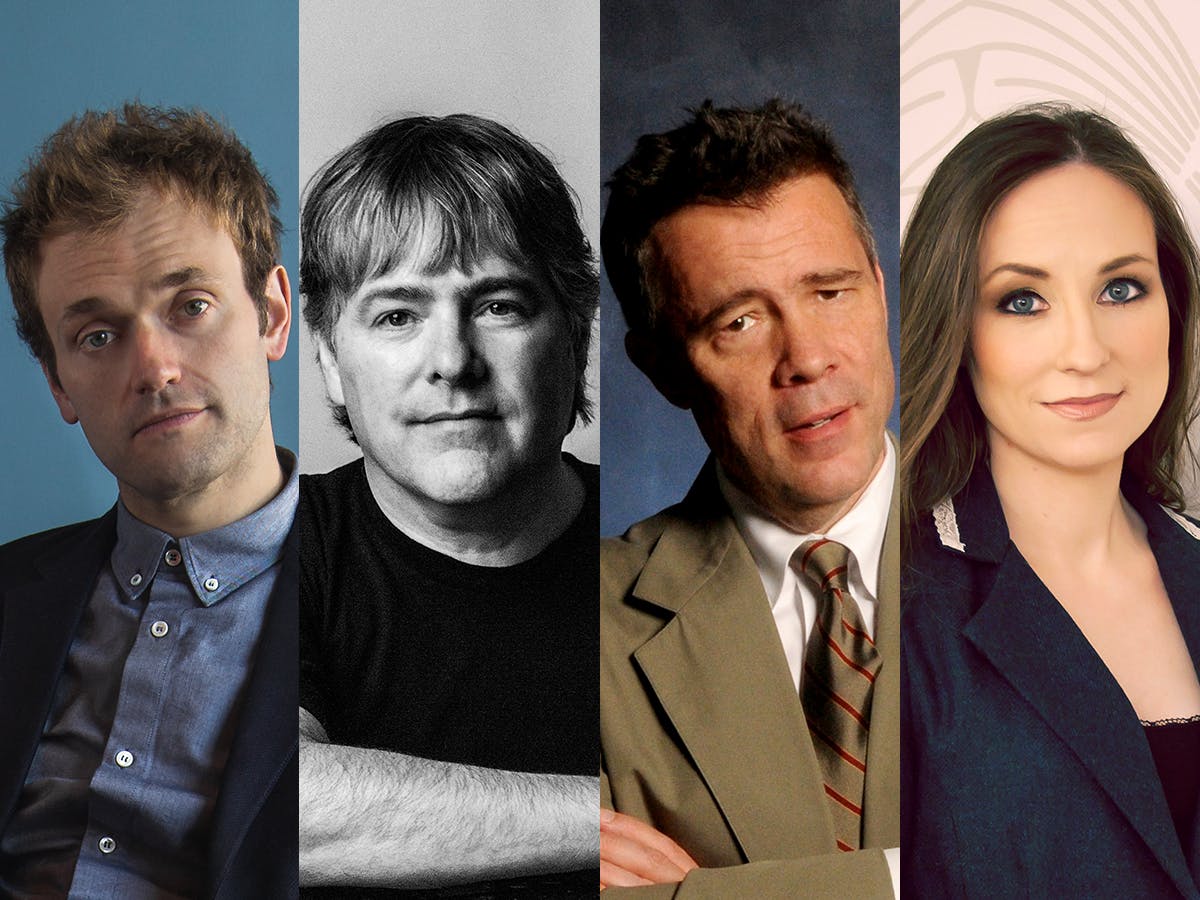 The concert will be broadcast nationwide on Live from Here, a variety show that features a mix of well-known and up-and-coming talent resulting in a unique blend of musical performances, comedy and audience interaction. The radio program, hosted by Thile, is produced and distributed nationwide by American Public Media, and is heard by 2.6 million listeners each week on nearly 600 public radio stations. For listening information please visit: https://www.livefromhere.org/listen.

Carnegie Hall’s citywide festival Migrations: The Making of America traces the journeys of people from different origins and backgrounds who helped to shape and influence the evolution of American culture. The festival, which features more than 100 events, will celebrate the many contributions—cultural, social, economic, and political—of the people who helped to build America’s culture with musical programming at Carnegie Hall and public programming, performances, exhibitions, and events at more than 75 leading cultural and academic institutions across New York City and beyond.

About the Artists
Chris Thile first played at Carnegie Hall in 2005 and has since performed at the Hall six more times over the past decade, including two sold-out shows in Zankel Hall. He first rose to fame as a member of the Grammy Award-winning trio Nickel Creek, with whom he released four albums and sold more than two million records before going on “indefinite hiatus” in 2007. In 2014, the trio reunited for a new album, A Dotted Line—their first since 2005—and a national tour. Punch Brothers, which Thile formed in 2006, released its latest recording, All Ashore, in July of 2018. As a soloist, Thile has released six albums, including his most recent, last year’s Thanks for Listening, a collection of songs that were originally written for performance on his radio show. His collaborations include a double-album with pianist Brad Mehldau, titled Chris Thile & Brad Mehldau; a pair of albums with his musical mentor, bassist Edgar Meyer—the second of which won a Grammy Award for Best Contemporary Instrumental Album; the Grammy Award-winning The Goat Rodeo Sessions, with Yo-Yo Ma, Edgar Meyer, and Stuart Duncan; and Bach Trios with Ma and Meyer. Thile made his first appearance on A Prairie Home Companion in 1996 at the age of 15 and returned numerous times. In fall 2016, he took over as host of this public radio favorite, which was renamed Live from Here in December 2017.

Fifteen-time Grammy Award winner Béla Fleck has been nominated in more categories than any other instrumental artist in Grammy history, and remains a powerfully creative force globally in bluegrass, jazz, classical, pop, rock and beyond. In 2019, Fleck will tour with his groundbreaking quartet Béla Fleck & The Flecktones, and in duos with one of his musical heroes, Chick Corea, and with his wife, Abigail Washburn, supporting the acclaimed album Echo in the Valley. The inaugural event 'Béla Fleck: Friends and Family' will take place May 30 at Red Rocks, where Fleck will be joined by the Colorado Symphony, the Flecktones and more. Fleck is currently producing a 10th anniversary edition of his award-winning documentary and recordings Throw Down Your Heart, where he journeyed across Africa to research the origins of the banjo.

Hailed by The New Yorker as "...the most remarkable virtuoso in the relatively un-chronicled history of his instrument,” Edgar Meyer’s uniqueness in the field was recognized when he became the only bassist to be awarded the Avery Fisher Prize and also when he received a MacArthur Award. Meyer’s most recent recording is a collection of Bach trios with Chris Thile and Yo-Yo Ma, and he was honored with his fifth Grammy Award in 2015 for his Bass & Mandolin recording with Chris Thile. As a composer, his music has been premiered and recorded by Emanuel Ax, Joshua Bell, Yo-Yo Ma, the Boston Symphony Orchestra, Béla Fleck, Zakir Hussain, Hilary Hahn, and the Emerson String Quartet, among others. The Nashville Symphony and the Aspen Music Festival and School commissioned his first purely orchestral work, which was premiered by the Nashville Symphony in March 2017. Additionally, Bravo! Vail and The Academy of St. Martin in the Fields (ASMF) commissioned an overture for violin and orchestra that was premiered by Joshua Bell and ASMF in June 2017.

Julie Fowlis’ exquisite voice, her interpretation of Scottish Gaelic culture and ability to bring folk music out of the past and into something contemporary, dynamic and irresistible, are what have made her a genuine and multi-award winning crossover star.

Her roots may be firmly in folk music and the Scottish Gaelic culture she grew up in, but her talent and style have brought her into the mainstream, where her unique ability to interpret the culture she is so passionate about, in a way that resonates with all who hear her sing, have won her broad new audiences.

Nominated as ‘Folk Singer of the Year’ at the 2018 BBC Radio 2 Folk Awards, and ‘Best Artist’ at the Songlines World Music Awards, Fowlis is a warm and engaging live performer who has graced stages around the world, from village halls in the Highlands to stages in New York, The Philharmonie de Paris and Shakespeare’s Globe in London. Recent invitations to perform have included a return to world-class Festival of Voice in Cardiff, the World Festival of Sacred Music in Fez, Morocco, to collaborate with the BBC Concert Orchestra in the Royal Albert Hall for the Proms 2018 and to support Scottish icons ‘Runrig’ to an audience of 50,000 during their farewell concert weekend in 2018.

For millions of little girls around the world – and their parents – Fowlis will forever be known for singing the theme song to Brave, Disney Pixar’s Oscar-, Golden Globe- and BAFTA-winning animated film, set in the ancient highlands of Scotland.

Chris Thile is the holder of the 2018–2019 Richard and Barbara Debs Composer’s Chair at Carnegie Hall.

Tickets, priced $36-$85, are available at the Carnegie Hall Box Office, 154 West 57th Street, or can be charged to major credit cards by calling CarnegieCharge at 212-247-7800 or by visiting the Carnegie Hall website, carnegiehall.org.