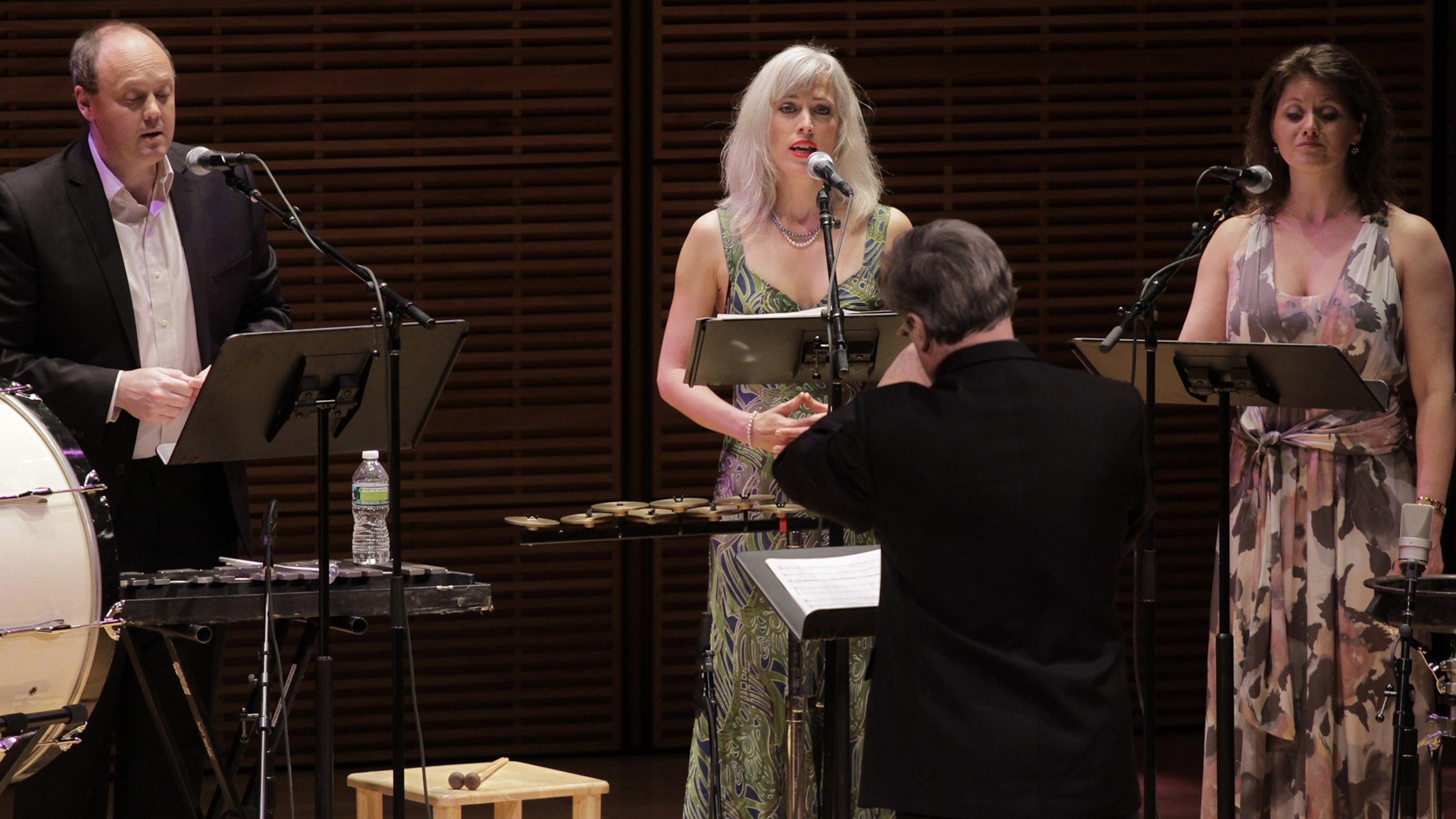 Contemporary vocal ensemble Theatre of Voices, along with Artistic Director Paul Hillier, return to Zankel Hall on Wednesday, March 20 at 7:30 p.m. for the world premiere of the complete cycle of David Lang’s the writings. Also on the program is the New York premiere of Songs from the Soil, with music by Arvo Pärt and a visual poem by award-winning Danish filmmaker Phie Ambo. On this program, Theatre of Voices is joined by Yale Voxtet.

With David Lang’s the writings, the composer has freely adapted biblical texts taken from Ecclesiastes, Song of Songs, Ruth, and Lamentations. These individual selections have been recorded by various groups since 2005. This concert marks the work’s first complete performance including a new section, if I am silent, co-commissioned by Carnegie Hall as part of its 125 Commissions Project. David Lang was the holder of the Richard and Barbara Debs Composer's Chair at Carnegie Hall for the 2013–2014 season.

Theatre of Voices and Director Paul Hillier first performed at Carnegie Hall in 2003 as part of the Zankel Hall Opening Festival. They returned in 2007 singing the world premiere of David Lang’s the little match girl passion, co-commissioned by Carnegie Hall, and winner of the 2008 Pulitzer Prize in Music. In 2012, the ensemble once again sang the little match girl passion for Making Music: David Lang. Most recently, in 2015, they performed Stockhausen’s epic Stimmung in Zankel Hall, which The New York Times praised as “confident and luminous, controlled yet free …”

About the Artists
Theatre of Voices (TOV), widely recognized as one of the world’s foremost vocal groups, was founded by Paul Hillier in 1990 and re-established in Denmark when he moved there in 2004. The group presents a wide range of contemporary music, often juxtaposed with elements of early music. Their programs feature many of today’s most eminent composers—Berio, Pärt, Reich, Cage, Gudmundsen-Holmgreen, Stockhausen—while among their current favorite ‘early’ composers are Pérotin, Dowland, and Buxtehude.

Amongst the group’s early successes were the presentation of several new works by Arvo Pärt and the premiere of Steve Reich’s Proverb—written for them—which they recorded for Nonesuch with a quartet of musicians from the composer’s own ensemble. The group then collaborated with the theatre director Peter Sellars in a staged production of Stravinsky’s Biblical Pieces at the Netherlands Opera in Amsterdam. They also performed with John Adams in his Grand Pianola Music in Los Angeles, conducted by the composer, and the world premiere in Paris of his Christmas oratorio El Niño.

Theatre of Voices now regularly appears at international venues such as the Barbican Centre and Carnegie Hall as well as the Edinburgh International Festival. In 2007, they premiered David Lang’s the little match girl passion at Carnegie Hall. This piece was commissioned for TOV and won the 2008 Pulitzer Prize; their CD of the work then received a Grammy Award in 2010. The group then collaborated with the theatre director Peter Sellars in a staged production of Stravinsky’s Biblical Pieces on the group’s 20th anniversary.

In 2008, the group opened the Berliner Festspiele with Stockhausen’s Stimmung—at the composer’s own request—also performing it at the BBC Proms and at venues across Europe and from Mexico to Australia. John Cage is another major figure in modern music who has often been featured by TOV. Most recently, the group performed his Sinfonia for 8 voices and orchestra in Casa da Música, Portugal.

Theatre of Voices enjoys collaborations with some of the world’s finest instrumentalists, among them the Kronos Quartet, London Sinfonietta, Michala Petri, Andrew Lawrence-King, and the Smith Quartet. They premiered Gavin Bryars’ The Stones of the Arch with Kronos Quartet at the Barbican Centre’s Steve Reich Festival (2007), and the two ensembles have just completed a concert/recording project celebrating Gudmundsen-Holmgreen’s 80th birthday.

Tickets, priced at $43 and $51, are available at the Carnegie Hall Box Office, 154 West 57th Street, or can be charged to major credit cards by calling CarnegieCharge at 212-247-7800 or by visiting the Carnegie Hall website, carnegiehall.org.