National Youth Orchestra of the United States of America Embarks on European Tour in August 2019, Collaborating with World-Class Artists

Listeners Around the World Invited to Tune In Via Radio, TV, and Online to Hear NYO-USA Performances from Berlin, London, and Hamburg 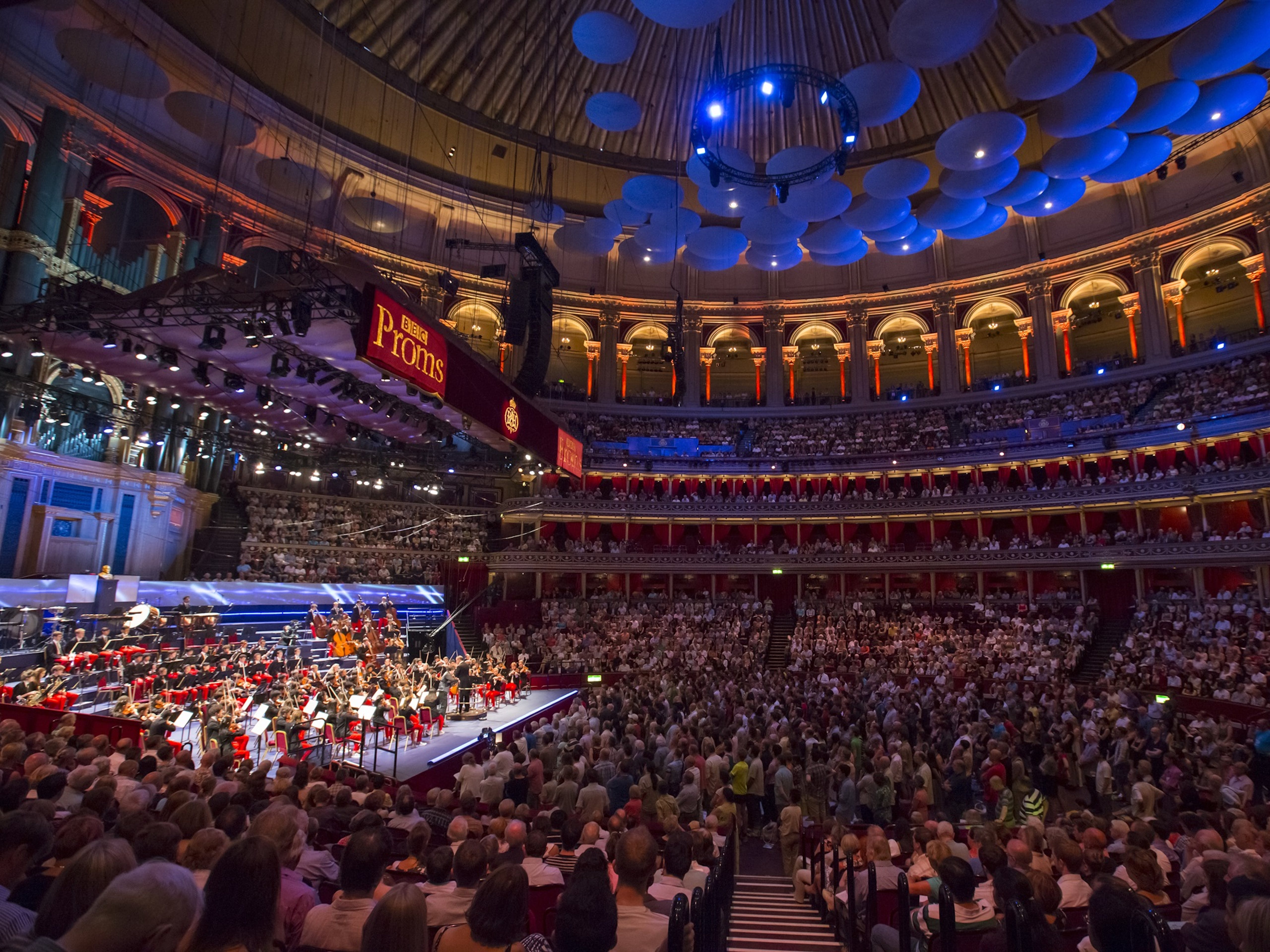 (August 1, 2019; NEW YORK, NY)— This summer, more than 100 outstanding teen musicians from 33 U.S. states have come together as the National Youth Orchestra of the United States of America (NYO-USA).

Following an intensive three-week training residency at Purchase College, State University of New York and concerts at the Tanglewood Music Festival and Carnegie Hall, this incredible group of instrumentalists (ages 16-19), led this summer by Sir Antonio Pappano, will now embark on a five-city European tour, including performances at Young Euro Classic in Berlin (August 6); the Edinburgh International Festival (August 9); the BBC Proms in London (August 11); the Royal Concertgebouw Amsterdam (August 13); and the Elbphilharmonie Hamburg (August 14).

This tour marks NYO-USA’s debut appearances in Berlin, Edinburgh, and Hamburg. The orchestra returns to the BBC Proms in London for the first time since the ensemble’s inaugural year in 2013. NYO-USA last performed in Amsterdam in 2016.

“We are thrilled that the National Youth Orchestra of the USA will be returning to Europe this summer under the baton of Sir Antonio Pappano,” said Clive Gillinson, Carnegie Hall’s Executive and Artistic Director. “When bringing together NYO-USA each summer, we seek members who are not only superb players and passionate about music, but also curious about connecting with people from all areas of the world. Wherever they travel, languages or traditions may vary, but invariably we find that love of great music is always universal. We couldn’t ask for better and more dynamic ambassadors for our country.”

Mezzo-soprano Dame Sarah Connolly will be featured as guest soloist in Berlioz’s Les nuits d'été for the orchestra’s first performance in Berlin. Mezzo-soprano Joyce DiDonato joins Maestro Pappano and the musicians as soloist in the Berlioz for the remainder of the tour.

In addition to Berlioz’s Les nuits d'été, NYO-USA’s tour repertoire this summer includes Prokofiev’s Symphony No. 5, Strauss’s Eine Alpensinfonie, and two new works written for the orchestra by NYO-USA teen apprentice composers—Benjamin S. Beckman from Los Angeles, California and Tyson J. Davis from Winston-Salem, North Carolina—both mentored during the NYO-USA residency by American composer Sean Shepherd. Beckman’s piece, Occidentalis, premiered at Tanglewood on August 1, will be heard during the orchestra’s performances in London and Amsterdam. Davis’s piece, Delicate Tension—which commemorates the 30th anniversary year of the fall of the Berlin Wall—will receive its world premiere at the Konzerthaus Berlin on August 6 and will also be performed in Edinburgh and Hamburg.

As NYO-USA prepares to depart New York City, the U.S. Embassy in Berlin offered its words of support: “The Embassy is pleased to welcome the National Youth Orchestra of the USA to Germany, and is excited that, as a celebration of the 30th anniversary of the fall of the Berlin Wall, the concert will include the premiere of a new piece by an apprentice composer.” Upon arrival in Europe, the American Academy in Berlin and U.S. Embassy Berlin will co-host a reception in honor of the orchestra’s tour.

As in past years, in the spirit of cultural exchange, the members of NYO-USA will have the opportunity to meet peer musicians from around the world and experience local culture in the cities they visit. While in Scotland, they will meet up with members of NYO Scotland and take an excursion exploring Andrew Carnegie's home country, thanks to the hospitality of the Scottish government.

Ellen Wong, Principal Officer of the U.S. Consulate General in Edinburgh, said: “We are thrilled to be able to welcome NYO-USA to Scotland! These talented young musicians represent some of the brightest rising stars in American music. We are very excited not only to hear them perform but also that they will have an opportunity to make connections with young Scottish musicians during their visit and build the people-to-people ties that keep the U.S.-Scotland relationship strong!”

While in The Netherlands, NYO-USA will take part in a side-by-side event with RCO Young, a new European youth orchestra created by the Royal Concertgebouw Orchestra. In London, the orchestra’s brass section will be bolstered by members of the National Youth Orchestra of Great Britain for their Proms performance, and, in Hamburg, players from the Bundesjugendorchester (BJO) and Felix Mendelssohn Jugendorchester will join the orchestra.

Many of the orchestra’s tour performances will also be broadcast live on the radio, TV, and online, reaching a wide international audience. The orchestra’s first tour concert at the Konzerthaus Berlin will be webcast live on Tuesday, August 6 at 2:00 p.m. EDT by ARTE (and simultaneously streamed by medici.tv). NYO-USA’s BBC Proms concert in London will be broadcast live on BBC Radio 3 on Sunday, August 11 at 6:00 a.m. EDT and filmed for delayed viewing on BBC Four TV, to air on Friday, August 16. The final concert of the tour at Elbphilharmonie Hamburg will be webcast live via medici.tv on Wednesday, August 14 at 2:00 p.m. EDT for viewers around the globe.

Launched in summer 2013 to great acclaim, the first-ever National Youth Orchestra of the USA presented concerts with conductor Valery Gergiev and violinist Joshua Bell to enthusiastic audiences at the Kennedy Center in Washington DC; St. Petersburg and Moscow in Russia; and at the BBC Proms in London. The 2014 orchestra, led by American conductor David Robertson with violinist Gil Shaham as soloist, made its debut at Carnegie Hall in New York City, followed by a coast-to-coast US tour. In 2015, NYO-USA, with conductor Charles Dutoit and pianist YUNDI, made its debut in China with a seven-city tour, performing at some of the country’s greatest concert halls, including the National Centre for the Performing Arts in Beijing. In 2016, the orchestra performed with conductor Christoph Eschenbach and pianist Emanuel Ax at Carnegie Hall before embarking on a European tour with Valery Gergiev and Denis Matsuev. In 2017, the orchestra traveled to Latin America for the first time, performing in Mexico, Ecuador, and Colombia under the direction of Marin Alsop. And last summer, NYO-USA returned to Asia, performing in Taipei, Shanghai, Beijing, Seoul, and Daejeon with conductor Michael Tilson Thomas and pianist Jean-Yves Thibaudet.

What the press have said about the National Youth Orchestra of the USA:

“The performance exuded vitality and confidence.” — The New York Times

“This very large orchestra not only played with ferocious spirit and genuine personality, but it also produced refined performances notable for credible polish.” — Los Angeles Times

“It was the kind of night that reassures classical music lovers that the art form will survive well into the future.” — Musical America

“Throughout, the playing was of the highest caliber: controlled, precise, crisp, and nuanced, with perfect ensemble.” — Classical Voice North America

“Carnegie Hall may have created the best music camp ever.” — National Public Radio

“With their debut this week it already seems safe to say that the future of classical music in America is stronger than it was even one month ago!” — The Times, London