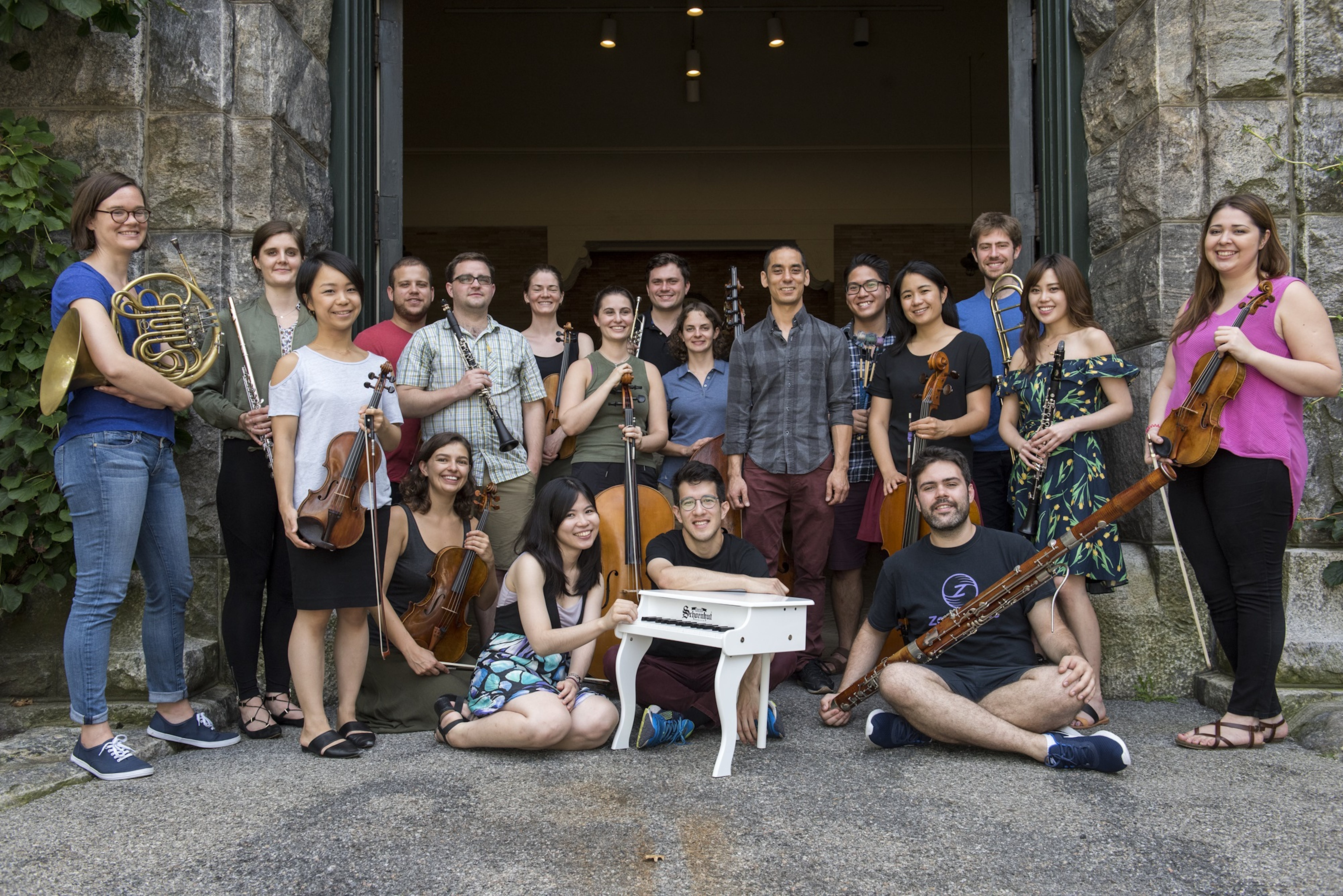 Ensemble Connect—made up of some of the finest young professional classical musicians in the United States—performs a program of adventurous, contemporary works, including the New York City premiere of a new work by Andy Akiho in its first collaboration with the Rite of Summer Music Festival on Saturday, June 9 at 1:00 p.m. and 3:00 p.m. on Governors Island. The concerts, which take place on Colonels Row, include all 18 of Ensemble Connect’s musicians as they approach the end of their two-year fellowship. The program also includes music by Charles Wuorinen, Osvaldo Golijov, and Jennifer Higdon.

Earlier this season, the critically-acclaimed ensemble held a residency at the Rockefeller Brothers Fund’s Pocantico Center during which they collaborated on the new work with renowned composer and virtuoso percussionist Andy Akiho. Mr. Akiho included all 18 musicians in his piece—the first time a composer has had an opportunity to work closely with all 18 fellows to develop ideas for a new work. The work will be given its New York City premiere performance during the Rite of Summer Music Festival on June 9, following its world premiere performance at The Pocantico Center earlier that month on June 5.

The collaboration with Mr. Akiho inspired the Ensemble Connect fellows to curate the remainder of their Rite of Summer Music Festival program with music by other contemporary voices, including composers Pauline Oliveros, Charles Wuorinen, Osvaldo Golijov, and Jennifer Higdon.

These performances are free and open to the public, with rain date performances scheduled for the following day, if needed (Sunday, June 10 at 1:00 p.m. and 3:00 p.m.) Full program information is listed below.

About Ensemble Connect
Called “a valuable part of New York’s musical fabric” by The New York Times, Ensemble Connect is an inspirational collective of young professional classical musicians created in 2007 by Carnegie Hall, The Juilliard School, and the Weill Music Institute in partnership with the New York City Department of Education. The program prepares fellows for careers that combine musical excellence with teaching, community engagement, advocacy, entrepreneurship, and leadership by offering them top-quality performance opportunities, intensive professional development, and the opportunity to partner throughout the fellowship with a New York City public school.

As performers on the concert stage and in their work in schools and communities, the musicians of Ensemble Connect have earned accolades from critics and audiences alike for the quality of the concerts, their fresh and open-minded approach to programming, and their ability to actively engage any audience.

Exemplary performers, dedicated teachers, and advocates for music throughout the community, the forward-looking musicians of Ensemble Connect are redefining what it means to be a musician in the 21st century.

About the Festival
The Rite of Summer Music Festival features free outdoor concerts of classical and cutting-edge contemporary music, performed by many of New York’s best-known soloists and ensembles. These musicians, all of whom perform on some of the world’s most prestigious concert stages, are excited about reaching a younger and more eclectic audience base on Governors Island. The festival’s “concert hall” is Colonels Row – a huge shaded grassy field where listeners are encouraged to sprawl out on blankets, picnic, and take in the great outdoors. Audiences of all ages are captivated by the series, the setting, the music, and the full Governors Island experience.

This performance is free and open to the public. Directions to Colonels Row on Governors Island can be found on the Rite of Summer Music Festival website.

The Rite of Summer Music Festival is made possible by the following sponsors: Bloomberg Philanthropies, Lower Manhattan Cultural Council, The Amphion Foundation, and The Lucius Littauer Foundation.

Ensemble Connect is also supported, in part, by an endowment grant from The Kovner Foundation.

Photo at top of release by Stephanie Berger.