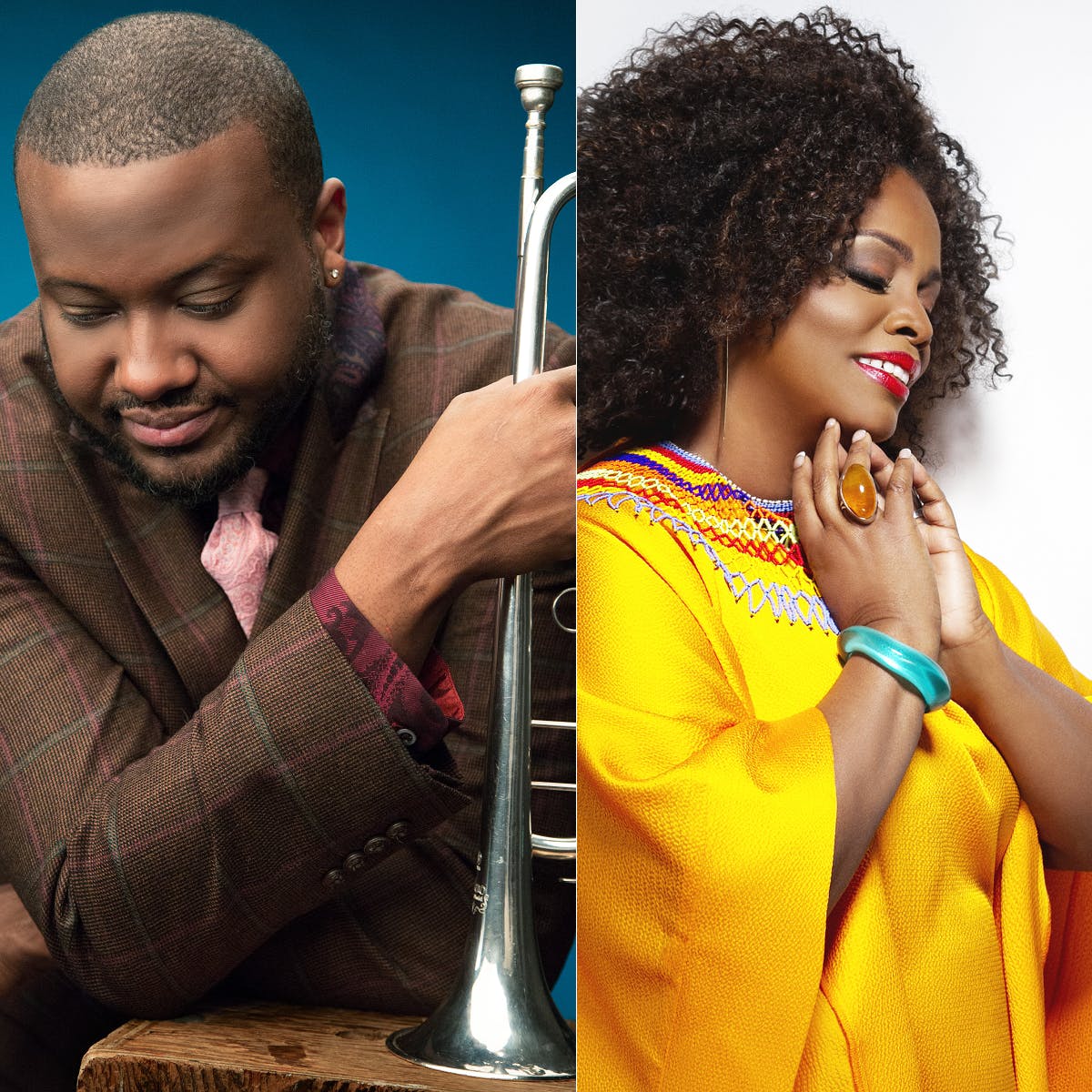 Following NYO Jazz’s Carnegie Hall debut in New York City on July 27, the ensemble will travel first to London for a performance in Bury St. Edmunds at The Apex (July 31) and Cadogan Hall (August 1), followed by a concert the next evening in Amsterdam at Robeco SummerNights at the Royal Concertgebouw (August 2). The tour continues with a concert at Usher Hall in Edinburgh at the invitation of the Edinburgh International Festival (August 5), followed by a performance in Kassel, Germany at Kultursommer Nordhessen (August 8). The tour concludes with a concert in Berlin at the Young Euro Classic Festival at the Konzerthaus (August 10).

Full details, including ticket information for each venue, are available here.

Throughout the tour, NYO Jazz’s program will range from big band standards to the first Carnegie Hall-commissioned works for NYO Jazz, a new piece by saxophonist Miguel Zenón and several new arrangements from bassist John Clayton, as well as other contemporary pieces that explore jazz's influence on hip-hop, R&B, and pop music.

NYO Jazz’s 2018 touring activities have been designed to allow America’s finest young musicians to share their artistry with international audiences while also experiencing the richness of European culture and music. As part of their travel schedule, NYO Jazz players will have the exciting opportunity to tour the cities in which they will be performing and in London they will engage with local musicians from the National Youth Jazz Orchestra (NYJO).

"We are very excited to bring together some of the most brilliant young jazz players from across the country to form the very first NYO Jazz," said Clive Gillinson, Executive and Artistic Director of Carnegie Hall. "It is our hope to empower these superb musicians to further develop their artistry and inspire audiences around the world through performances of America’s beloved art form. We look forward to what promises to be a truly memorable summer of life-changing experiences through unparalleled training with esteemed artists and performance opportunities at home and in Europe where the inaugural members of NYO Jazz will serve as musical ambassadors for their country."

"It is a joy and an honor to tour with the brilliant young musicians of Carnegie Hall’s NYO Jazz," said Dianne Reeves. "What a wonderful opportunity to share ideas…and aspirations. I know I’ll be inspired and I hope to be a source of the same as we share this musical journey."

"I look forward to sharing a truly unique educational and cultural experience with the students who will come together this summer to create NYO Jazz, as well as inspiring audiences with memorable performances that place the spotlight on our gifted youth," said Sean Jones. "NYO Jazz will demonstrate that the Big Band is the perfect vehicle to reveal the diversity, scope, and profound ability of jazz music to express the vast dynamics within American music."

NYO Jazz fans in the US and abroad are invited to follow the orchestra’s first journey through Europe on social media with photos, videos, and livestreams posted daily on facebook.com/NYOJazz.

About NYO Jazz
NYO Jazz builds on the success of the acclaimed National Youth Orchestra of the United States of America (NYO-USA) and its sister ensemble NYO2, programs created by Carnegie Hall in 2013 and 2016 respectively, to bring together the finest young classical musicians from across the country each summer. The National Youth Orchestra of the USA received great notices for its London debut at the BBC Proms in 2013, and the group has since toured extensively in the US, and across Europe, Asia, and Latin America.

NYO Jazz aims to be one of the nation’s most distinctive summer jazz programs for student musicians, combining training, performance, and international touring. The program shines a spotlight on the depth of talent found among young players across the United States and gives young musicians the opportunity to perform as cultural ambassadors on an international stage sharing a uniquely American musical genre with cultures around the world through an international tour each summer. All three Carnegie Hall national youth ensemble programs are offered free-of-charge to all participants. The members of the 2018 orchestra—ages 16-19, hailing from 16 US states and drawn from every region of the country—have been recognized by Carnegie Hall as being among the finest jazz musicians in the country, following a rigorous and highly-competitive audition process.

In preparation for NYO Jazz’s Carnegie Hall debut on July 27 and 2018 European tour, the group’s musicians will participate in an intensive two-week training residency from July 15-26 on the campus of Purchase College, State University of New York, located in Westchester County, just north of New York City, where they will undertake their initial training and rehearsals at the College’s highly-regarded Performing Arts Center. The musicians will have the opportunity to play alongside talented peers and learn from the NYO Jazz faculty, comprised of world-class jazz masters, who will lead in-depth training workshops, master classes, and other seminars on essential music skills.

Trumpet player Sean Jones—one of the jazz’s most outstanding performer-composer-educators—serves as NYO Jazz’s artistic advisor in its inaugural year, leading the ensemble’s faculty as well as directing the orchestra’s debut performances. A highly respected and in-demand musician, Mr. Jones has recorded and performed with major artists including Wynton Marsalis and the Jazz at Lincoln Center Orchestra, Illinois Jacquet, Jimmy Heath, Frank Foster, Nancy Wilson, Dianne Reeves, Gerald Wilson, and Marcus Miller. His relationship with Mr. Miller led Mr. Jones to be selected for the A Tribute to Miles tour in 2011 with Herbie Hancock and Wayne Shorter. Mr. Jones also performs with his own ensembles, and has a longstanding relationship with Mack Avenue Records, with which he has released eight albums. Heavily involved in education, Mr. Jones has recently been appointed the Richard and Elizabeth Case Chair in Jazz Studies at the Peabody Conservatory of the Johns Hopkins University. He is currently an artist-in-residence at San Francisco Performances and a member of the SFJAZZ Collective.

Additional support has been provided by the Arison Arts Foundation and Bank of America.

Photo of Sean Jones at top of release by Jimmy Katz; photo of Dianne Reeves by Jerris Madison.