Concerts By Carnegie Hall's Three National Youth Ensembles To Be Webcast Live on medici.tv This Summer, Showcasing More Than 200 of America's Finest Teen Musicians Collaborating with Internationally-Renowed Artists in Top Venues Around the World 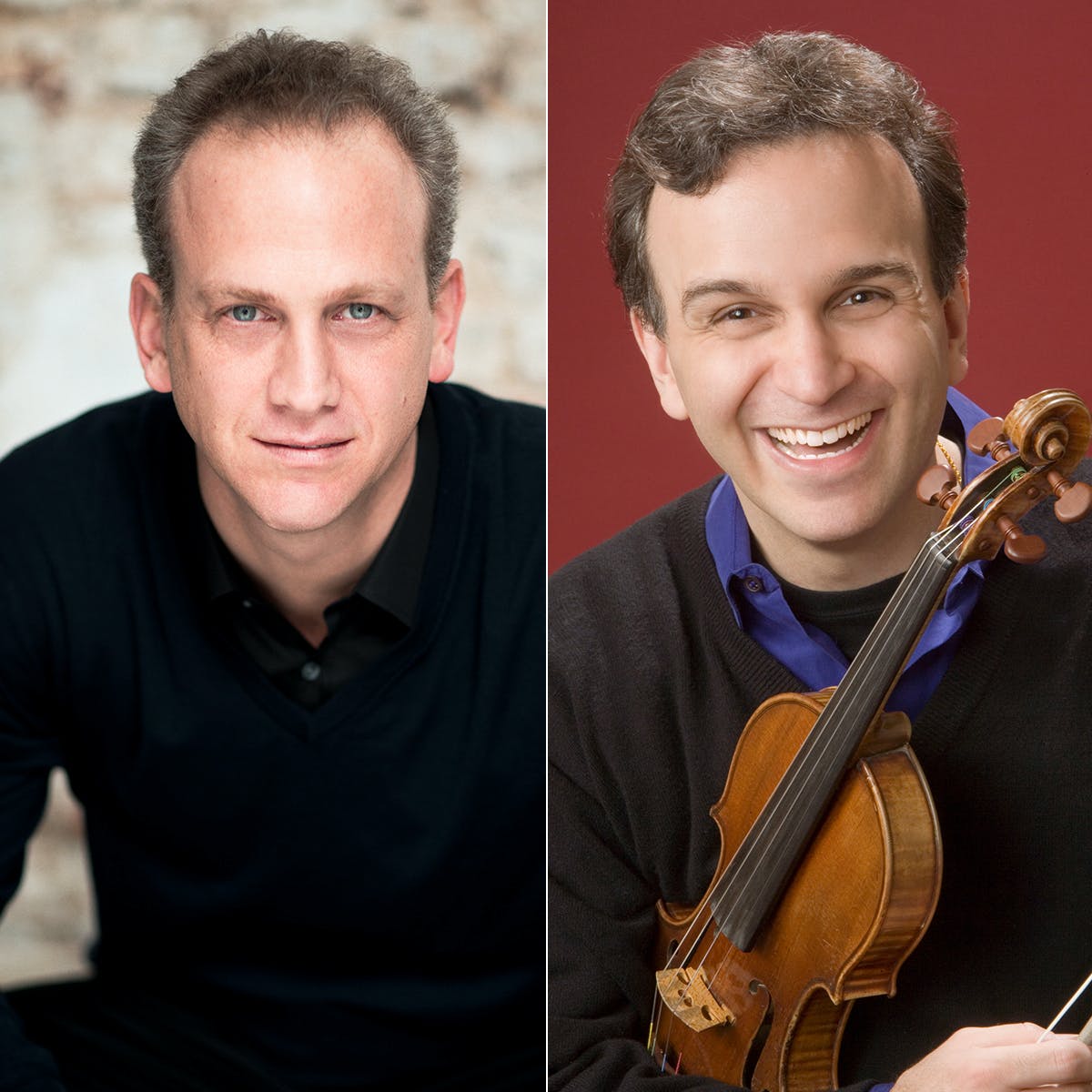 (July 20, New York, NY)—Carnegie Hall today announced that summer 2018 performances by its three national youth ensembles—presented in top venues around the globe and featuring collaborations with internationally-renowned artists—will be webcast live, free of charge, to a worldwide audience on medici.tv and carnegiehall.org/medici.

This Saturday, July 21 at 8:30 p.m., NYO2, conducted by Carlos Miguel Prieto, makes its debut appearance at the New World Center in Miami Beach, performing Revueltas’ Suite from Redes, Shostakovich’s Symphony No. 5, and Prokofiev’s Violin Concerto No. 1 featuring renowned violinist Gil Shaham. NYO2, an ensemble for outstanding young musicians from across the US, ages 14–17, will be joined on stage by Fellows from the New World Symphony, many of whom worked as NYO2 coaches during the group’s summer 2018 training residency. This July 21 concert will also be made available to the South Florida community for free via WALLCAST®, presented by Citi, with the full performance viewable outdoors in SoundScape Park on the 7,000-square-foot projection wall of the building.

On Sunday, July 29 at 7:30 p.m., Michael Tilson Thomasleads the National Youth Orchestra of the United States of America (NYO-USA) at Beijing’s National Centre for the Performing Arts. The evening’s program includes Gershwin’s Piano Concerto in F Major with celebrated pianist Jean-Yves Thibaudet, Sibelius’s Symphony No. 2, and the world premiere of Brass Tacks by American composer Ted Hearne, specially commissioned for NYO-USA and described by Hearne as “a noisy dance, playful and ferocious…inspired by trap music and the rhythmic energy and dance culture of the hip-hop music of the American South.” This concert is part of NYO-USA’s summer 2018 tour to Asia including stops in Taipei, Beijing, Shanghai, Seoul, and Daejeon.

On Friday, August 10 at 8:00 p.m., NYO Jazz, a brand new program showcasing the finest young jazz musicians from across the US, ages 16-19, caps its inaugural international tour with an appearance at Berlin’s Konzerthaus, part of the Young Euro Classic Festival. Led by accomplished trumpeter and bandleader Sean Jones and featuring Grammy Award-winning vocalist Dianne Reeves, the program will range from big band standards to the first Carnegie Hall-commissioned works for NYO Jazz—a new piece by saxophonist Miguel Zenón and several new arrangements from bassist John Clayton—as well as other contemporary pieces that explore jazz's influence on hip-hop, R&B, and pop music. The concert will also offer a rare chance to hear Ms. Reeves perform with a big band, singing jazz standards in new arrangements that have been especially commissioned for the ensemble. The recording of this performance will be produced by EuroArts Music International, in collaboration with ZDF/Arte. This August 10 concert will also stream live on arte.tv/concert.

The collaboration between Carnegie Hall and medici.tv—making live webcasts of select Carnegie Hall concerts available to music lovers everywhere—began in fall 2014 and has since showcased performances by some of the world’s most celebrated artists. These webcasts—which, most recently included Carnegie Hall’s performances by violinist Janine Jansen featuring pianist Jean-Yves Thibaudet and the Dover Quartet, Zubin Mehta leading the Israel Philharmonic Orchestra with soloists Itzhak Perlman and Pinchas Zukerman, Sir Antonio Pappano leading the Orchestra dell’Accademia Nazionale di Santa Cecilia with pianist Martha Argerich, and the Philip Glass Ensemble—have been enthusiastically received, reaching over 5 million views over the past three seasons with audience members originating from more than 180 countries and territories around the world.

About medici.tv
medici.tv is the global leader in classical music video streaming. For nearly ten years, its exceptional selection of events streamed live and available on-demand has appealed to music lovers, professionals, and institutions throughout the world. Heralded by The New York Times as “the closest thing to a classical Netflix,” medici.tv brings live classical music to passionate fans worldwide. Since its founding in 2008, it has captured the performances of leading classical artists, ensembles, and orchestras in great concert halls, festivals, and competitions the world over. As the largest online platform for classical music, it offers over 150 live performances throughout the year and the world’s largest video-on-demand catalogue of more than 2,000 videos of concerts, ballets, operas, documentaries, master classes, behind-the-scenes footage, and interviews, streamed in High Definition. medici.tv is available on all screens—TV (via AirPlay or Chromecast), computer, tablet, and smartphone.


About Carnegie Hall’s National Youth Ensembles
In summer 2018, Carnegie Hall’s Weill Music Institute has brought together more than 200 of the finest young musicians from across the country to take part in its acclaimed trio of national youth ensembles: the National Youth Orchestra of the United States of America (NYO-USA), NYO2, and the new NYO Jazz. All three ensembles started their summers with intensive two-week training residencies at Purchase College, State University of New York before performing at Carnegie Hall and embarking on tours across the country and around the world, serving as America’s dynamic musical ambassadors. In total, the musicians of NYO-USA, NYO2, and NYO Jazz represent 36 US states plus Puerto Rico, reflecting both the highest level of musical talent as well as exceptional diversity found across the country. All three programs are free for all participants, ensuring that all aspiring young players who are accepted have the opportunity to take part.

Launched in summer 2013 to great acclaim, the National Youth Orchestra of the USA (NYO-USA; ages 16-19), presented concerts in its first year with conductor Valery Gergiev and violinist Joshua Bell to enthusiastic audiences at the Kennedy Center in Washington DC; St. Petersburg and Moscow in Russia; and at the BBC Proms in London. The 2014 orchestra, led by conductor David Robertson with violinist Gil Shaham as soloist, made its debut at Carnegie Hall in New York City, followed by a coast-to-coast US tour. In 2015, NYO-USA, with conductor Charles Dutoit and pianist YUNDI, made its debut in China, performing at some of the country’s greatest concert halls, including stops in Beijing, Shanghai, Suzhou, Xi’an, Shenzhen, Guangzhou, and Hong Kong. In 2016, the orchestra performed with conductor Christoph Eschenbach and pianist Emanuel Ax at Carnegie Hall before embarking on a European tour with Valery Gergiev and Denis Matsuev. Last summer, the orchestra traveled to Latin America for the first time, performing in Guadalajara, Mexico; Quito, Ecuador; and Bogotá, Colombia under the direction of Marin Alsop. In 2019, NYO-USA returns to Europe with conductor Sir Antonio Pappano and mezzo-soprano Joyce DiDonato.

Building on the success of NYO-USA, Carnegie Hall launched NYO2, an ensemble for outstanding younger musicians, ages 14-17, in 2016 with a particular focus on recruiting talented students from a variety of backgrounds and communities traditionally underserved by classical music. Following its New York training residency, NYO2’s summer 2018 culminates with a six-day residency at the New World Center in Miami, and performances with Fellows of the New World Symphony and violinist Gil Shaham under the direction of conductor Carlos Miguel Prieto in Miami (July 21) and at Carnegie Hall (July 24).

New this summer: the best teen jazz musicians from across the United States, ages 16-19, have come together to form the very first NYO Jazz, America’s national youth jazz orchestra. Led in 2018 by acclaimed trumpeter Sean Jones and joined by Grammy Award-winning vocalist Dianne Reeves, NYO Jazz has been coached by world-class jazz masters before their Carnegie Hall debut (July 27) and inaugural European tour with stops in London, Edinburgh, Amsterdam, Kassel, and Berlin (July 31-August 10)—an opportunity to perform as cultural ambassadors on an international stage, sharing a uniquely American musical genre with people around the world.