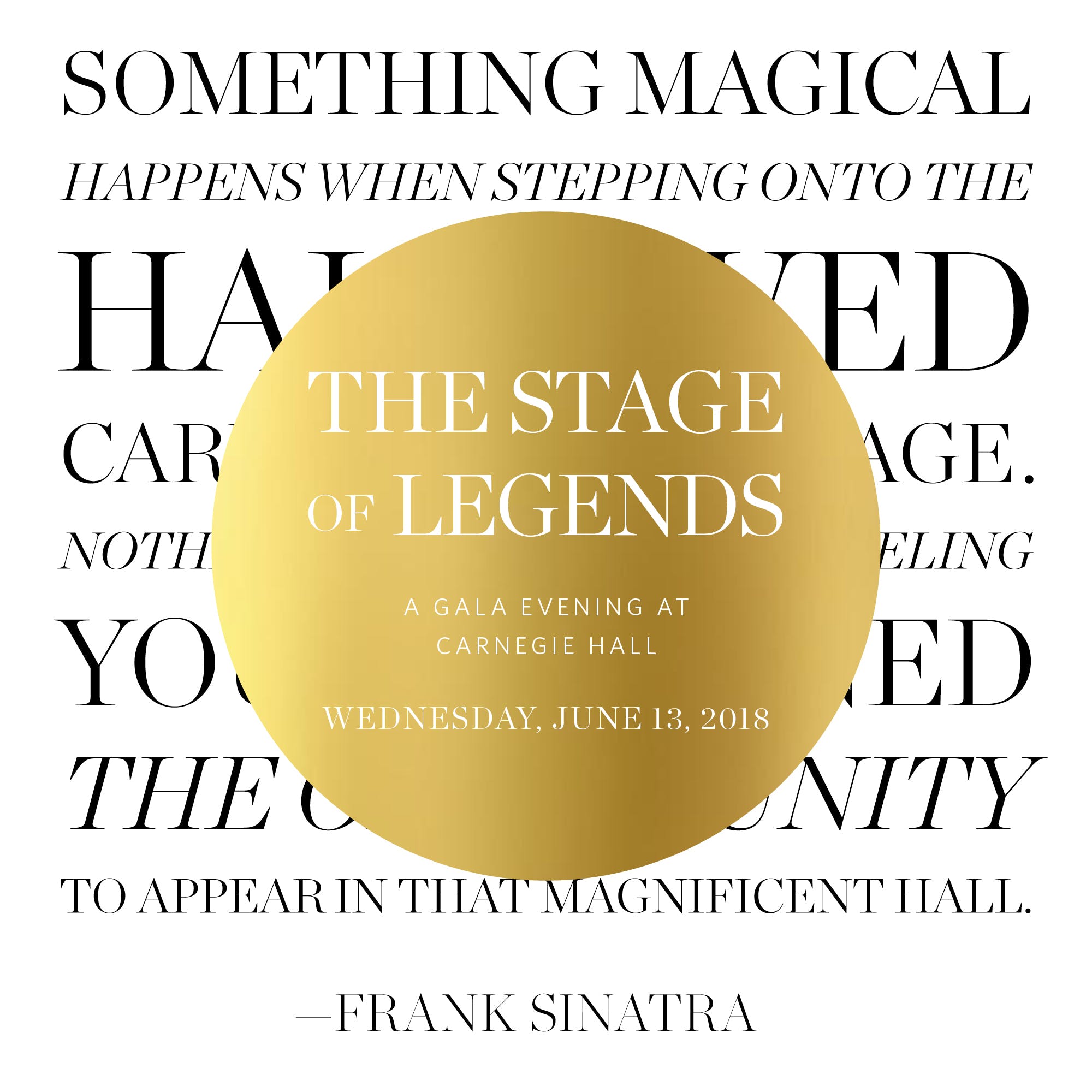 On Wednesday, June 13 at 6:30 p.m., Carnegie Hall launches a new, annual special event: The Stage of Legends: A Gala Evening at Carnegie Hall. Since the day Carnegie Hall opened its doors, it has been the aspirational destination for the world’s greatest artists. At this inaugural black-tie gala, guests will experience a rare opportunity to dine on the most celebrated musical stage in the world. A champagne cocktail reception begins at 6:30 p.m., with dinner to follow at 7:30 p.m. This extraordinary evening also includes an intimate musical interlude by the band I’m With Her (comprised of singer-songwriters Sara Watkins, Sarah Jarosz and Aoife O’Donovan) performing an acoustic set combining elements of folk, bluegrass, and popular music. The evening’s Gala Chair is Sana H. Sabbagh, with Co-Chairs Robert K. Kraft, Elizabeth Segerstrom, and Tracy Chutorian Semler and Eric Semler.

2018 is shaping up to be a highly successful year for I'm With Her, the band of Sara Watkins, Sarah Jarosz, and Aoife O'Donovan. They released their debut album, See You Around (Rounder Records), in February. Co-produced by Ethan Johns and recorded in Box, England, See You Around has garnered praise from NPR, who instantly hailed the collection as "willfully open-hearted” and The Guardian calling their sound both "ethereal and purposeful.” Since their formation at an impromptu show in 2014 at the Sheridan Opera House in Telluride, Colorado, I’m With Her has formed a special, family-like chemistry, garnering acclaim for their unique blend of instrumental interplay combined with their indelible harmonies, as the New York Times describes, “... that could be sweetly ethereal, or as tightly in tandem as country sibling teams like the Everly Brothers, or as hearty as mountain gospel.” The multi-Grammy-Award-winners have individually released nine solo efforts, co-founded two seminal bands (Nickel Creek and Crooked Still), and contributed to critically-acclaimed albums from a host of esteemed artists.

All proceeds from this gala evening benefit Carnegie Hall’s artistic, education, and social impact programs. Gala tables are priced at $100,000, $60,000, and $30,000 with individual tickets at $10,000 each. A limited number of tickets and tables are available. To make a reservation, please visit carnegiehall.org/StageofLegends, call Carnegie Hall’s Special Events Office at 212-903-9679, or email specialevents@carnegiehall.org.