NYO2, Conducted by Carlos Miguel Prieto and Joined by Violinist Gil Shaham and Fellows of the New World Symphony, Present Works by Revueltas, Prokofiev, and Shostakovich on Tuesday, July 24 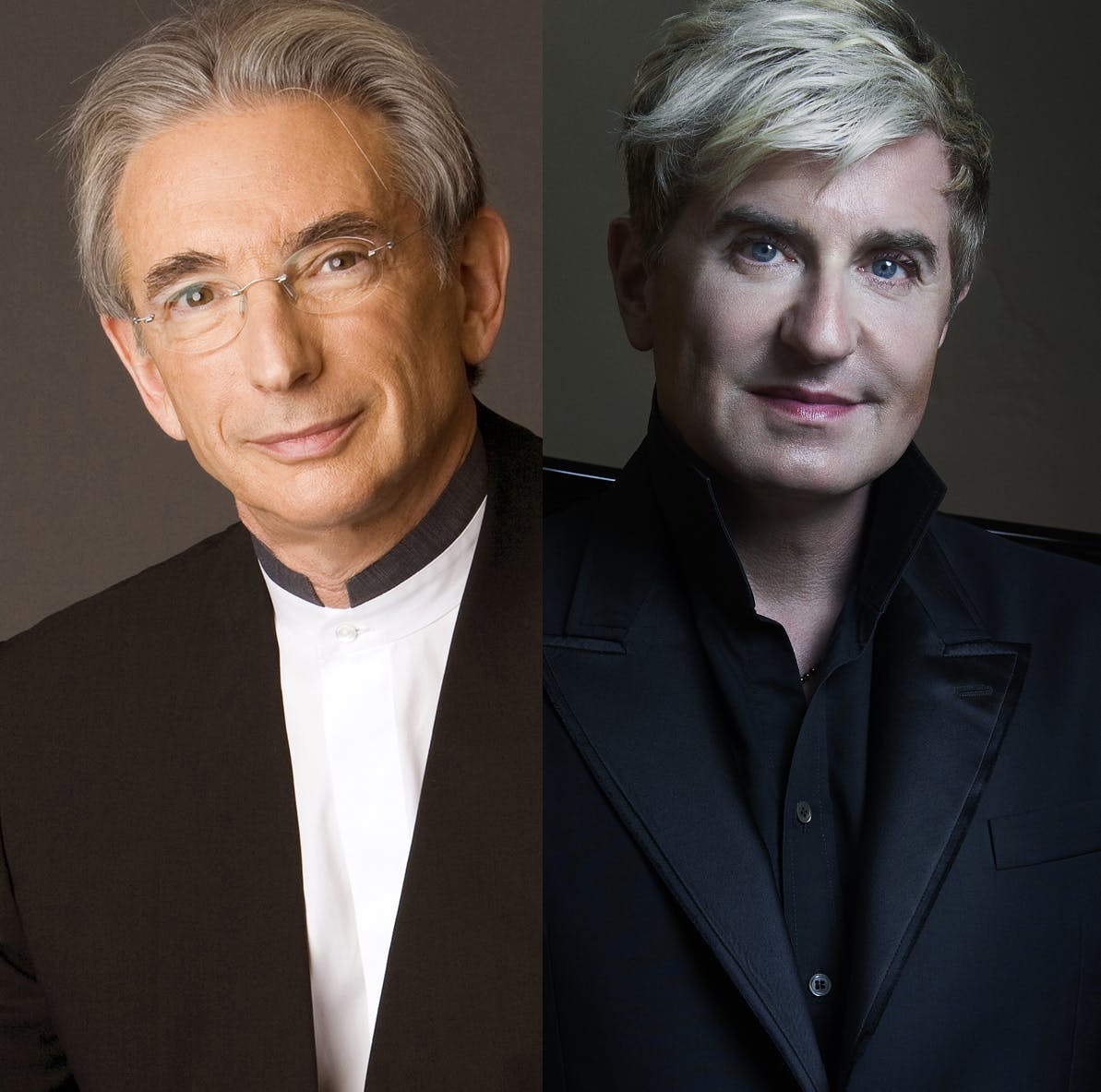 (New York, NY, June 27, 2018) This July, Carnegie Hall places the spotlight on more than 200 of the nation’s finest teen musicians from 36 US states with three performances presented over eight days in Stern Auditorium / Perelman Stage.

On Thursday, July 19 at 7:30 p.m., Michael Tilson Thomas leads the National Youth Orchestra of the United States of America (NYO-USA) in its annual performance at Carnegie Hall. The evening’s program includes Gershwin’s Piano Concerto in F Major with celebrated pianist Jean-Yves Thibaudet, Sibelius’s Symphony No. 2, and the world premiere of Brass Tacks by American composer Ted Hearne, specially commissioned for NYO-USA and described by Hearne as “a noisy dance, playful and ferocious…inspired by trap music and the rhythmic energy and dance culture of the hip-hop music of the American South.” This concert by NYO-USA—featuring the brightest young players from across the country, ages 16-19—will be heard by music lovers worldwide through the Carnegie Hall Live radio broadcast and digital series, created in partnership with WQXR. It launches conductor Michael Tilson Thomas’s season-long Perspectives series at Carnegie Hall with a performance showcasing his dedication to mentoring young talent and his commitment to the music of living composers. Following Carnegie Hall, NYO-USA departs on an international tour, including debut performances in Taipei, Seoul, and Daejeon, and return visits to cultural capitals Beijing and Shanghai. This will mark NYO-USA’s sixth major tour to music capitals around the globe and its second visit to Asia.

The following week, on Tuesday, July 24 at 7:30 p.m., NYO2, conducted by Carlos Miguel Prieto, performs its second annual concert at Carnegie Hall. The program includes Revueltas’ Suite from Redes, Shostakovich’s Symphony No. 5, and Prokofiev’s Violin Concerto No. 1 featuring renowned violinist Gil Shaham. NYO2 is an ensemble for outstanding younger musicians from across the US, ages 14–17, created with a particular focus on recruiting talented students from a variety of backgrounds and communities traditionally underserved by classical music. The week prior to NYO2’s Carnegie Hall concert, the orchestra will travel to Miami Beach for the first time for a six-day residency, made possible through a new partnership with the New World Symphony, America’s Orchestral Academy (NWS), which includes a debut performance at the New World Center on Saturday, July 21 at 8:30 p.m. The July 21 concert will also be made available to the South Florida community for free via WALLCAST®, presented by Citi, with the full performance viewable outdoors in SoundScape Park on the 7,000-square-foot projection wall of the building. The orchestra will be joined on stage for both performances by Fellows from the New World Symphony, many of whom will work as coaches during NYO2’s summer 2018 training residency.

Capping the three performances on Friday, July 27 at 8:00 p.m. will be the Carnegie Hall debut of NYO Jazz, a brand new program showcasing the finest young jazz musicians from across the US, ages 16-19. Led by accomplished trumpeter and bandleader Sean Jones and featuring Grammy Award-winning vocalist Dianne Reeves and eminent trombonist Wycliffe Gordon, the program will range from big band standards to the first Carnegie Hall-commissioned works for NYO Jazz, a new piece by saxophonist Miguel Zenón and several new arrangements from bassist John Clayton, as well as other contemporary pieces that explore jazz's influence on hip-hop, R&B, and pop music. The concert will also offer a rare chance to hear Ms. Reeves perform with a big band, singing jazz standards in new arrangements that have been especially commissioned for the ensemble. NYO Jazz will be coached by world-class jazz masters for two intensive weeks prior to their Carnegie Hall debut and inaugural European tour with performances at Europe’s most prestigious venues and music festivals in London, Amsterdam, Edinburgh, and Berlin (July 31-August 10).

“All of us at Carnegie Hall are thrilled to be able to invite these exceptional young musicians from across the United States to come together for what promises to be a truly inspiring series of performances,” said Clive Gillinson, Carnegie Hall’s Executive and Artistic Director. “This summer, we are especially delighted to present the debut of NYO Jazz, our new national youth jazz orchestra. Building on the continued successes of NYO-USA and NYO2, Carnegie Hall is excited to extend its national youth ensemble initiatives into the realm of jazz, sharing outstanding performances in this uniquely American musical genre with audiences in New York and around the world.”

About the Orchestras
Each summer, Carnegie Hall’s Weill Music Institute brings together the finest young musicians from across the country (ages 16-19) to form the National Youth Orchestra of the United States of America (NYO-USA). Following a comprehensive audition process and a three-week training residency at Purchase College, State University of New York, with faculty made up of principal players from top professional US orchestras, these remarkable teenagers embark on a tour to some of the great music capitals of the world, serving as America’s dynamic music ambassadors.

Launched in summer 2013 to great acclaim, the first-ever National Youth Orchestra of the USA presented concerts with conductor Valery Gergiev and violinist Joshua Bell to enthusiastic audiences at the Kennedy Center in Washington DC; St. Petersburg and Moscow in Russia; and at the BBC Proms in London. The 2014 orchestra, led by American conductor David Robertson with violinist Gil Shaham as soloist, made its debut at Carnegie Hall in New York City, followed by a coast-to-coast US tour. In 2015, NYO-USA, with conductor Charles Dutoit and pianist YUNDI, made its debut in China, performing at some of the country’s greatest concert halls, including stops in Beijing, Shanghai, Suzhou, Xi’an, Shenzhen, Guangzhou, and Hong Kong. In 2016, the orchestra performed with conductor Christoph Eschenbach and pianist Emanuel Ax at Carnegie Hall before embarking on a European tour with Valery Gergiev and Denis Matsuev. Last summer, the orchestra traveled to Latin America for the first time, performing in Guadalajara, Mexico, Quito, Ecuador, and Bogotá, Colombia under the direction of Marin Alsop.

To learn more, visit carnegiehall.org/nyousa. Applications for NYO-USA’s summer 2019 season will be available in September 2018.

Created by Carnegie Hall’s Weill Music Institute in summer 2016, NYO2 brings together outstanding young American instrumentalists ages 14–17 for a summer orchestral training program with a particular focus on attracting talented students from groups underserved by and underrepresented in the classical orchestral field. Running in conjunction with NYO-USA’s annual summer residency at Purchase College, SUNY, NYO2 offers an opportunity for participants to play alongside exceptionally talented peers and learn from a world-class faculty. The program aims to expand the pool of young musicians across the country equipped with the tools to succeed at the highest level, particularly those who will bring greater diversity to classical orchestral music or those who have not had access to highly selective training opportunities through major youth orchestra programs, summer festivals and camps, or similar experiences outside of their local community.

To learn more about NYO2, visit carnegiehall.org/nyo2. Applications for NYO2’s summer 2019 season will be available in September 2018.

Beginning in the summer of 2018, Carnegie Hall brings together the finest teen jazz musicians from across the United States (ages 16–19) to form NYO Jazz. Selected through a comprehensive audition process, these remarkable musicians from cities and towns across the US engage in a rigorous two-week training residency at Purchase College, State University of New York, with world-class jazz masters. Following its residency, NYO Jazz performs at New York City’s Carnegie Hall before embarking on a tour to some of the world’s great music capitals. The musicians serve as dynamic music ambassadors as they share this uniquely American musical genre with people around the globe.

In 2018, trumpet player Sean Jones—one of the field’s outstanding performer-composer-educators—serves as soloist and bandleader for NYO Jazz’s inaugural year, leading the ensemble in its Carnegie Hall debut and on its first tour to Europe this summer, which includes performances in Great Britain, the Netherlands, and Germany. Celebrated jazz vocalist Dianne Reeves joins NYO Jazz as special guest artist. NYO Jazz builds on the success of Carnegie Hall’s critically acclaimed National Youth Orchestra of the United States of America (NYO-USA) and NYO2—created by Carnegie Hall in 2013 and 2016, respectively—which draw together outstanding young classical musicians from across the country each summer for training, performances, and international touring.

To learn more about NYO Jazz, visit carnegiehall.org/nyojazz. Applications for NYO Jazz’s summer 2019 season will be available in September 2018.

Additional support has been provided by the Arison Arts Foundation and Bank of America.

Tickets for the NYO-USA, NYO2, and NYO Jazz concerts in Stern Auditorium/Perelman Stage at Carnegie Hall are available at the Carnegie Hall Box Office, 154 West 57th Street, or can be charged to major credit cards by calling CarnegieCharge at 212-247-7800 or by visiting the Carnegie Hall website, carnegiehall.org.

For Carnegie Hall Corporation presentations taking place in Stern Auditorium/Perelman Stage, a limited number of seats, priced at $10, will be available day-of-concert beginning at 11:00 a.m. Monday through Saturday and 12:00 noon on Sunday until one hour before the performance or until supply lasts. These $10 tickets are available to the general public on a first-come, first-served basis at the Carnegie Hall Box Office only. There is a two-ticket limit per customer.