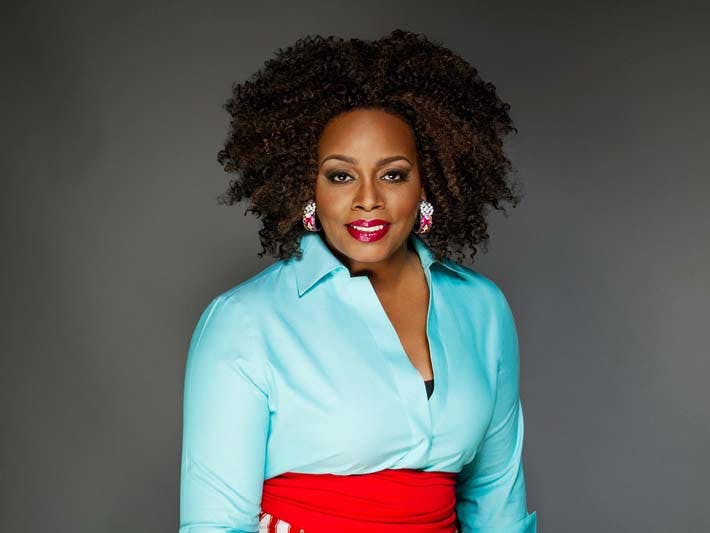 NYO Jazz builds on the success of the acclaimed National Youth Orchestra of the United States of America (NYO-USA) and NYO2, programs created by Carnegie Hall’s WMI in 2013 and 2016, respectively, which bring together the finest young classical musicians from across the country each summer. NYO Jazz aims to be one of the nation’s most distinctive summer jazz programs for student musicians, combining training, performance, and international touring. The program gives young musicians the opportunity to perform as cultural ambassadors on an international stage and share a uniquely American musical genre with cultures around the world through an international tour each summer. All three national youth ensemble programs are offered free-of-charge to all participants, including room and board, and all rehearsal, teaching, performance, and touring activities.

As with NYO-USA and NYO2, NYO Jazz musicians take part in a rigorous two-week training residency at Purchase College, State University of New York, located in Westchester County, just north of New York City, where they will participate in their initial training and rehearsals with top jazz artists. All rehearsals and training will be centered at the College’s highly-regarded Performing Arts Center and in the rehearsal studios of its School for the Arts Conservatory of Music.

About Dianne Reeves
Five-time Grammy Award winner Dianne Reeves is one of the world’s preeminent jazz vocalists. With her breathtaking virtuosity, improvisational prowess, and unique jazz and R&B stylings, she has received the Grammy Award for best jazz vocal performance for three consecutive recordings: a Grammy first in any vocal category. Featured in George Clooney’s Academy Award–nominated Good Night, and Good Luck, she also won a Grammy for the film’s soundtrack.

Ms. Reeves has recorded and performed with Wynton Marsalis and the Jazz at Lincoln Center Orchestra. She has also recorded with the Chicago Symphony Orchestra conducted by Daniel Barenboim, and was a featured soloist with Sir Simon Rattle and the Berliner Philharmoniker. She was the Los Angeles Philharmonic’s first creative chair for jazz, and the first singer ever to perform at the famed Walt Disney Concert Hall.

In recent years, in addition to leading her own group, Ms. Reeves was featured in Sing the Truth!—a musical celebration of Nina Simone that also featured Lizz Wright and Angelique Kidjo. She has performed at the White House on multiple occasions, including the Governors Ball and a state dinner given by President Barack Obama.

Ms. Reeves is the recipient of honorary doctorates from the Berklee College of Music and The Juilliard School. In 2018, the National Endowment for the Arts will designate her a Jazz Master—the highest honor the United States bestows on jazz artists.

About Wycliffe Gordon
A musical ambassador and interpreter of “America’s music,” Wycliffe Gordon is one of the world’s most renowned and award-winning jazz trombonists. He recently received the coveted “Louie” Award from the Louis Armstrong Foundation, and the Jazz Journalists Association named him Trombonist of the Year for the 10th time in 2017. In addition, DownBeat magazine’s Critics Poll named him Best Trombone in 2012, 2013, 2014, and 2016. Mr. Gordon’s signature sound and mastery of the plunger mute have helped solidify his impressive musical career.

Mr. Gordon tours as a soloist and with his quintet, Wycliffe Gordon and His International All-Stars, headlining legendary jazz venues and performing arts centers worldwide. Mr. Gordon has recorded or been featured on over 300 recordings; composed and arranged hundreds of compositions, including the theme song for NPR’s All Things Considered; and is a passionate and sought-after educator. Mr. Gordon is a former veteran member of the Wynton Marsalis Septet and the Jazz at Lincoln Center Orchestra, and has been a featured guest artist on Billy Taylor’s Jazz at the Kennedy Center series.

About NYO Jazz
Beginning in the summer of 2018, Carnegie Hall brings together the finest teen jazz musicians from across the United States (ages 16–19) to form NYO Jazz. Selected through a comprehensive audition process, these remarkable musicians from cities and towns across the US engage in a rigorous two-week training residency in New York with world-class jazz masters. Following its residency, NYO Jazz performs at New York City’s Carnegie Hall before embarking on a tour to some of the world’s great music capitals. The musicians serve as dynamic music ambassadors as they share this uniquely American musical genre with people around the globe.

In 2018, trumpet player Sean Jones—one of the field’s outstanding performer-composer-educators—serves as soloist and bandleader for NYO Jazz’s inaugural year, leading the ensemble in its Carnegie Hall debut and on its first tour to Europe this summer, which includes performances in the Netherlands, Germany, and Great Britain. Celebrated jazz vocalist Dianne Reeves joins NYO Jazz as special guest artist.

NYO Jazz builds on the success of Carnegie Hall’s critically acclaimed National Youth Orchestra of the United States of America (NYO-USA) and NYO2—created by Carnegie Hall in 2013 and 2016, respectively—which draw together outstanding young classical musicians from across the country each summer for training, performances, and international touring.

Tickets, priced at $20, $35, and $50, for NYO Jazz’s concerts in Stern Auditorium/Perelman Stage at Carnegie Hall are available at the Carnegie Hall Box Office, 154 West 57th Street, or can be charged to major credit cards by calling CarnegieCharge at 212-247-7800 or by visiting the Carnegie Hall website, carnegiehall.org.

For Carnegie Hall Corporation presentations taking place in Stern Auditorium/Perelman Stage, a limited number of seats, priced at $10, will be available day-of-concert beginning at 11:00 a.m. Monday through Saturday and 12:00 noon on Sunday until one hour before the performance or until supply lasts. These $10 tickets are available to the general public on a first-come, first-served basis at the Carnegie Hall Box Office only. There is a two-ticket limit per customer.