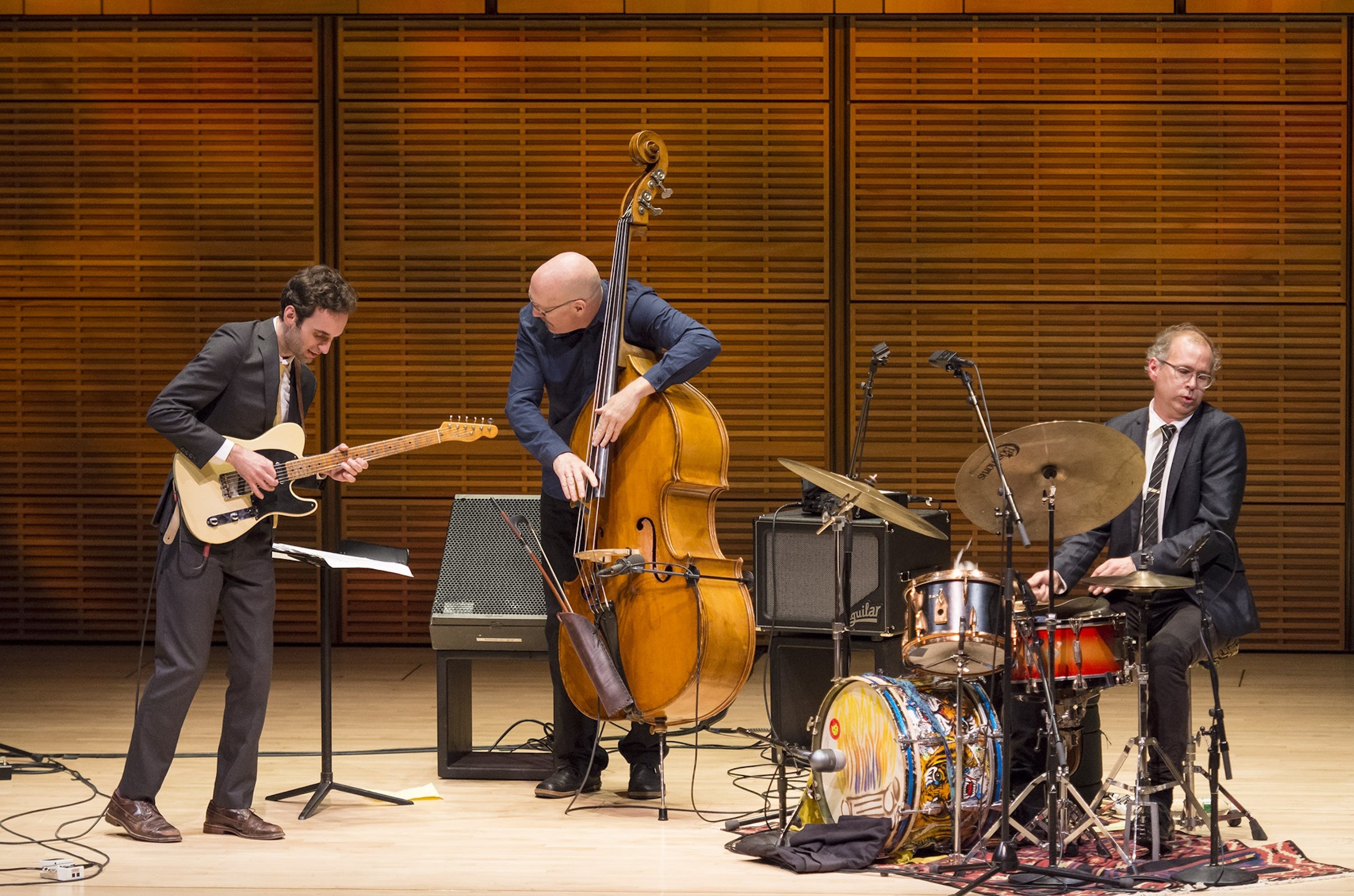 On Tuesday, December 5 at 7:00 p.m., the Carnegie Hall Notables—a membership and ticket program for music enthusiasts in their 20s and 30s—presents Julian Lage in an exclusive concert in Zankel Hall for Notables members only featuring the acclaimed guitarist alongside bassist Scott Colley, drummer Kenny Wollesen, and special guest Margaret Glaspy on vocals and guitar.

Following the concert, the Notables gather in Carnegie Hall’s Weill Terrace Room and Weill Music Room in the Resnick Education Wing for an after-party. Notables members at the Supporter level (annual contribution of $500 and higher) receive complimentary admission for two to this exclusive special event. For more information, please contact the Notables office at 212-903-9734, notables@carnegiehall.org, or visit carnegiehall.org/notables.

About the Artists
Julian Lage is an American guitarist, composer, and arranger who lives in New York City. Though still in his 20s, he has already enjoyed a remarkable, genre-crossing career. As The New York Times puts it, he is an artist whose roots are "tangled in jazz, folk, classical, and country music." A child guitar prodigy, he was the subject of the 1997 Oscar-nominated documentary short Jules at Eight. He made his first recording, with David Grisman, at the age of 11 and subsequently caught the attention of the world at large when he appeared alongside Gary Burton at the 2000 Grammy Awards. His first recording as a leader, Sounding Point, garnered a Grammy Award nomination for Best Contemporary Jazz Album.

Collaboration has been essential to Lage's process, including with Jim Hall, who was a major influence on the young Lage. His duo album with Fred Hersch, Free Flying, received a coveted five-star review in DownBeat magazine. Soon after, he teamed with experimental guitarist Nels Cline on Room, a live-in-the-studio exchange. Most recently, he released Avalon, a duo recording with fellow guitarist Chris Eldridge (of the Punch Brothers) that surveyed the American Songbook with an easygoing virtuosity. In addition to his own projects, including his first solo guitar album, World's Fair, he has recorded with Eric Harland, Anthony Wilson, Martin Taylor, Joshua Bell, and Yoko Ono.

The Carnegie Hall Notables, a membership and ticket program for music enthusiasts in their 20s and 30s, is an exciting and energetic community of young people committed to advancing music education and the arts. Through original events, private performances with world-famous composers and musicians, and discounted ticket prices to concerts and music events throughout New York City, Notables members are invited to celebrate and intimately experience the exceptional power of music. Previous Notables events have featured such artists as Alec Baldwin, Renée Fleming, Ana Gasteyer, Henry Rollins, and Duncan Sheik. The annual lineup of events is curated by the Notables Steering Committee, a diverse group of artists, socialites, and entrepreneurs in their 20s and 30s. Members experience all types of music, including traditional and contemporary.

Contributions to the Notables program support the vital music education programs of Carnegie Hall’s Weill Music Institute, which annually serves more than half a million children, students, teachers, parents, young music professionals, and adults in the New York metropolitan area and across the US. For more information, visit carnegiehall.org/notables.

This event is generously underwritten by Linda and Stuart Nelson.

Photo at top of release by © Jack Vartoogian

Notables members at the Supporter level (annual contribution of $500) and higher receive complimentary admission for two to this membership event. For more information, please contact the Notables office at 212-903-9734 or notables@carnegiehall.org, or visit carnegiehall.org/notables. Artists and program are subject to change.