Upcoming Events Through January: Jörg Widmann as Composer, Conductor and Soloist with Orchestral Works Performed by The Cleveland Orchestra and Munich Philharmonic; Performances with the Irish Chamber Orchestra and International Contemporary Ensemble; The First of Two Talks as Part of The Widmann Lectures Series; and The New York Premiere of a New String Quartet Performed by Anne-Sophie Mutter and Friends 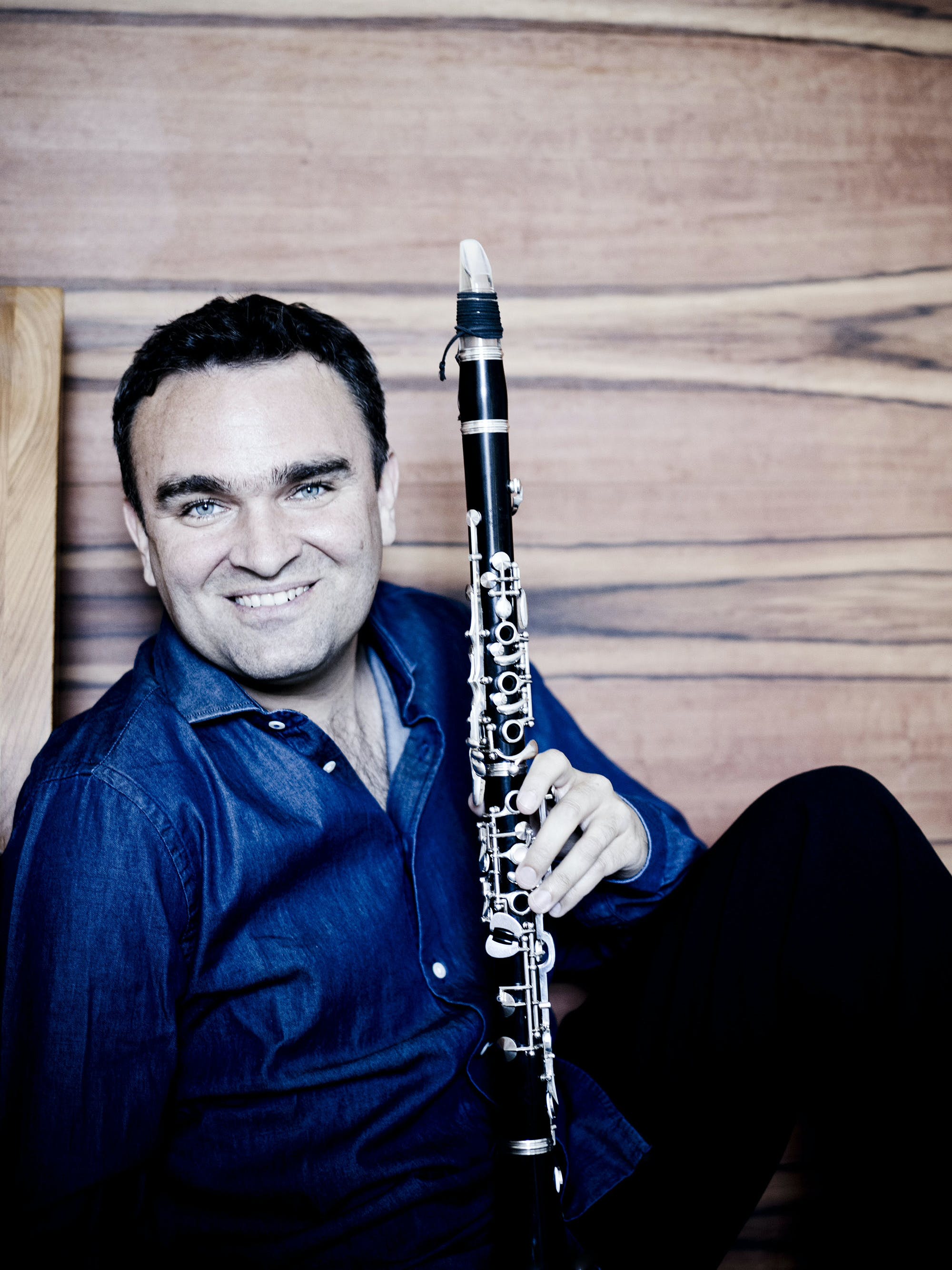 This fall, composer, conductor, and clarinetist Jörg Widmann begins his season-long residency as holder of the Richard and Barbara Debs Composer’s Chair, which showcases his musical versatility and imaginative vision. The residency kicks off on Friday, October 4 at 8:00 p.m. in Stern Auditorium / Perelman Stage with Franz Welser-Möst leading The Cleveland Orchestra, joined by pianist Yefim Bronfman as soloist, in a program that features Widmann’s Trauermarsch.

“It is with a sense of great joy that I approach my ‘composer in residence’ season at Carnegie Hall,” Mr. Widmann said. “And I believe moreover in a famous quote attributed to Gustav Mahler: ‘Tradition is not worshipping the ashes, but carrying the flame onwards.’ This, then, was the point of departure for our programs: may there be a cross-pollination between contemporary works and traditional pieces in the hope that listeners will experience revelatory combinations and intimacies not previously undergone. I am so much looking forward to this meeting of minds, of repertoires, of artist colleagues, and of audiences in this, one of the world’s most legendary temples of music.”

Mr. Widmann’s orchestral work is again on display in a performance of his Con Brio as Valery Gergiev conducts the Munich Philharmonic on Saturday, October 26 at 8:00 p.m. in Stern Auditorium / Perelman Stage. This concert will be broadcast live on WQXR 105.9 FM in New York as part of the Carnegie Hall Live broadcast and digital series, also heard by listeners worldwide via wqxr.org and carnegiehall.org/wqxr. Produced by WQXR and Carnegie Hall and co-hosted by WQXR’s Jeff Spurgeon and Clemency Burton-Hill, select Carnegie Hall Live broadcasts featured throughout the season include special digital access to the broadcast team from backstage and in the control room, connecting national and international fans to the music and to each other.

On Monday, November 18 at 7:00 p.m. in Weill Recital Hall, Mr. Widmann leads the first of two talks in The Widmann Lectures: On Dissonance and Beauty. A passionate and eloquent speaker, Mr. Widmann discusses his thoughts about music past, present, and future. The next night, on Tuesday, November 19 at 7:30 p.m. in Zankel Hall, he plays triple duty with the Irish Chamber Orchestra, leading the ICO in his Versuch über die Fuge, featuring soprano Claron McFadden, and joining the ICO on clarinet for Weber’s Clarinet Quintet, Op. 34. The program also includes Mr. Widmann’s 180 beats per minute and works by Mendelssohn and Mozart.

In a major highlight of the series, Mr. Widmann returns on Tuesday, January 28 at 7:30 p.m. in Zankel Hall for an all-Jörg Widmann program with the International Contemporary Ensemble in which he again plays triple duty as composer and conductor, while joining on clarinet for Three Shadow Dances for Solo Clarinet.

Violinist Anne-Sophie Mutter presents the New York premiere of Mr. Widmann’s sixth string quartet, Study on Beethoven, on Thursday, January 30 at 7:00 p.m. in Stern Auditorium / Perelman Stage. She is joined on stage for the performance by an all-star ensemble including violinist Ye-Eun Choi, violist Vladimir Babeshko, and cellist Daniel Müller-Schott.

Chamber music performances in the current season include recitals with Mitsuko Uchida, Antoine Tamestit and a trio recital at Carnegie Hall’s Zankel Hall with Tabea Zimmermann and Dénes Várjon. During past seasons, performances included a tour with the Hagen Quartet with Mr. Widmann’s new Clarinet Quintet in Paris, Lugano, Amsterdam, Essen, Berlin, London, and Salzburg, as well as Zankel Hall in March 2019. Among his regular chamber music partners are renowned soloists such as Sir András Schiff and Elisabeth Leonskaja.

REFLECTIONS ON MUSIC OF THE PRESENT AND THE PAST

Photo at top of release by Marco Borggreve.