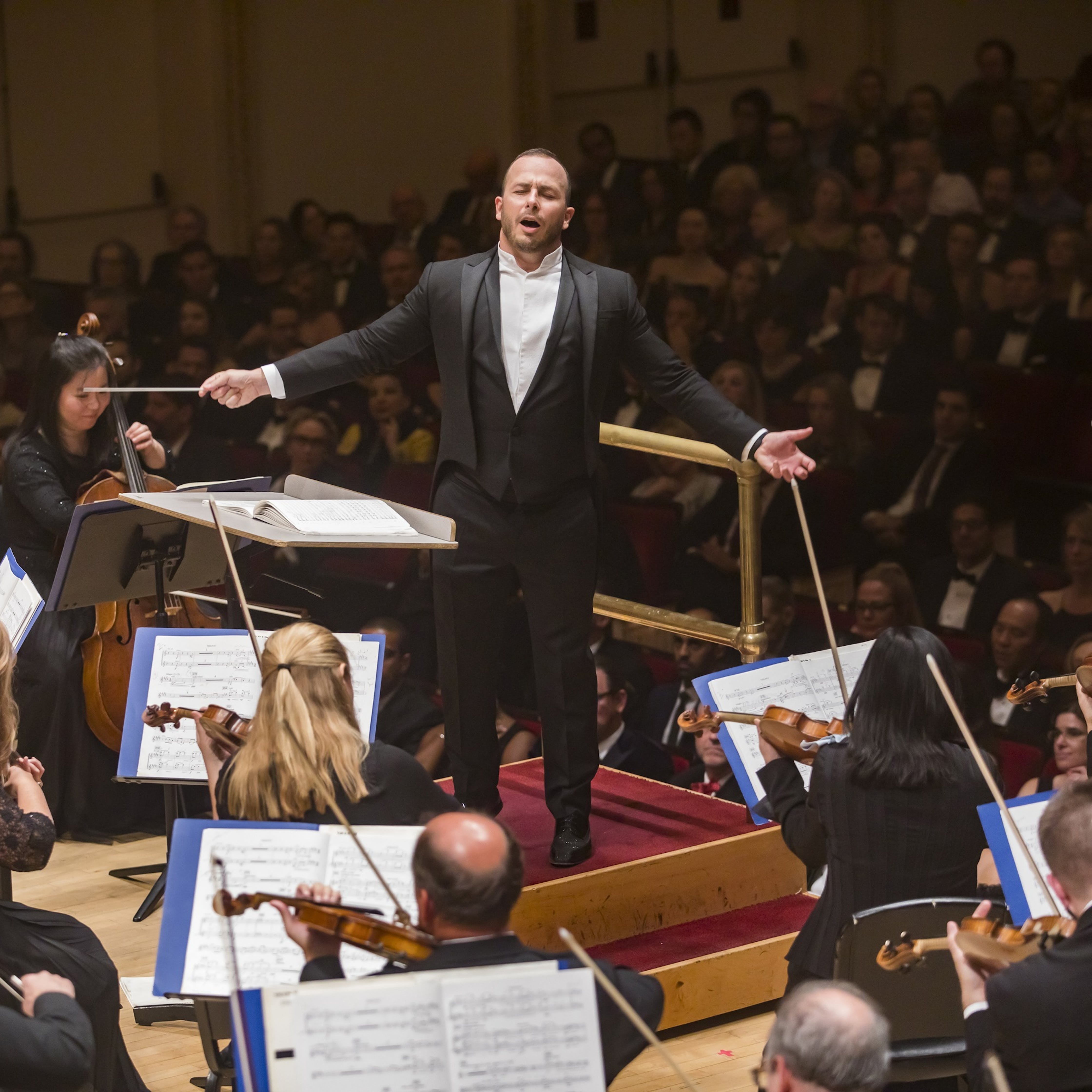 (New York, NY, September 30, 2019) Conductor Yannick Nézet-Séguin curates a nine-concert Perspectives series during the 2019–2020 season, including performances with three orchestras with whom he has built his remarkable career—The Philadelphia Orchestra, Orchestre Métropolitain de Montréal, and The MET Orchestra—as well as a rare recital appearance with mezzo-soprano Joyce DiDonato.

When asked about the curation of this Perspectives series, Mr. Nézet-Séguin said, “When I was asked to become a Perspectives artist, I was excited and honored. I reflected on the word ‘perspectives’ immediately. What I want is to give a perspective to the audience on who I am—as a conductor and as a pianist. I also thought this would be an incredible opportunity for me to reflect on a more personal level about where I am at this time, in a city like New York, where I am surrounded by wonderful partners. Through this series at Carnegie Hall, these ideas will all come together in a way that, I hope, speaks to future generations. It will also give me new perspectives on where I come from, where I am now, and where I want to go—hopefully with Carnegie Hall as a partner for many years to come. Every time I step on this stage, I am blessed and grateful to feel the spirit of everyone who has performed in this hall.”

He returns the following month on Friday, November 22 at 8:00 p.m. with Orchestre Métropolitain de Montréal in their first US tour and thereby Carnegie Hall debut performing Bruckner’s Symphony No. 4, “Romantic” alongside Mozart arias sung by mezzo-soprano Joyce DiDonato, a fellow Perspectives artist at Carnegie Hall this season. Ms. DiDonato then returns with Yannick Nézet-Séguin at the piano on Sunday, December 15 at 2:00 p.m. performing Schubert’s Winterreise.

About Yannick Nézet-Séguin
From his appointment as artistic director and principal conductor of the Orchestre Métropolitain de Montréal in 2000 to being named music director of The Philadelphia Orchestra in 2010 (leading the orchestra since 2012), and onward to his most recent appointment starting in 2018 as the third music director in the history of the Metropolitan Opera, Yannick Nézet-Séguin’s meteoric rise can be measured in his string of dazzling achievements. He is widely recognized for his musicianship, dedication, and charisma, establishing himself as a musical leader of the highest caliber and one of the most thrilling talents of his generation.

Mr. Nézet-Séguin made his Carnegie Hall debut in 2012, leading The Philadelphia Orchestra in his inaugural season as music director. He is also honorary conductor of the Rotterdam Philharmonic Orchestra, where he was chief conductor from 2008 to 2018, and an honorary member of the Chamber Orchestra of Europe.

A native of Montreal, Mr. Nézet-Séguin studied piano, conducting, composition, and chamber music at the Conservatoire de musique du Québec and continued his studies with renowned conductor Carlo Maria Giulini; he also studied choral conducting with Joseph Flummerfelt at Westminster Choir College. Among his honors are an appointment as Companion of the Order of Canada; Musical America’s 2016 Artist of the Year; and honorary doctorates from the Université du Québec, Curtis Institute of Music, Westminster Choir College, McGill University, and University of Pennsylvania.

Carnegie Hall’s Perspectives Series
Now in its 21st season, Carnegie Hall’s Perspectives series is an artistic initiative in which select musicians are invited to explore their own musical individuality and create their own personal concert series through collaborations with other musicians and ensembles. In the 2019–2020 season, Perspectives series will be curated by four acclaimed artists: conductors Sir John Eliot Gardiner and Yannick Nézet-Séguin, mezzo-soprano Joyce DiDonato, and singer-songwriter Angélique Kidjo.

Pre-concert talk at 7 PM with Matthew Guerrieri, author of The First Four Notes: Beethoven’s Fifth and the Human Imagination.

Pre-concert talk at 7 PM with Ara Guzelimian, Provost and Dean, The Juilliard School.

Pre-concert talk at 7 PM with Harvey Sachs, author of The Ninth: Beethoven and the World in 1824 and Toscanini: Musician of Conscience.