Kidjo’s Series Kicks Off on October 19 with a Debut Performance by Benin International Musical; Additional Events this December Include a Concert Dedicated to the Powerful Impact of the African Music Led by Musical Director Terence Blanchard; and an Evening Honoring Kidjo’s Legendary Music Performed by Longtime Friend Lionel Loueke 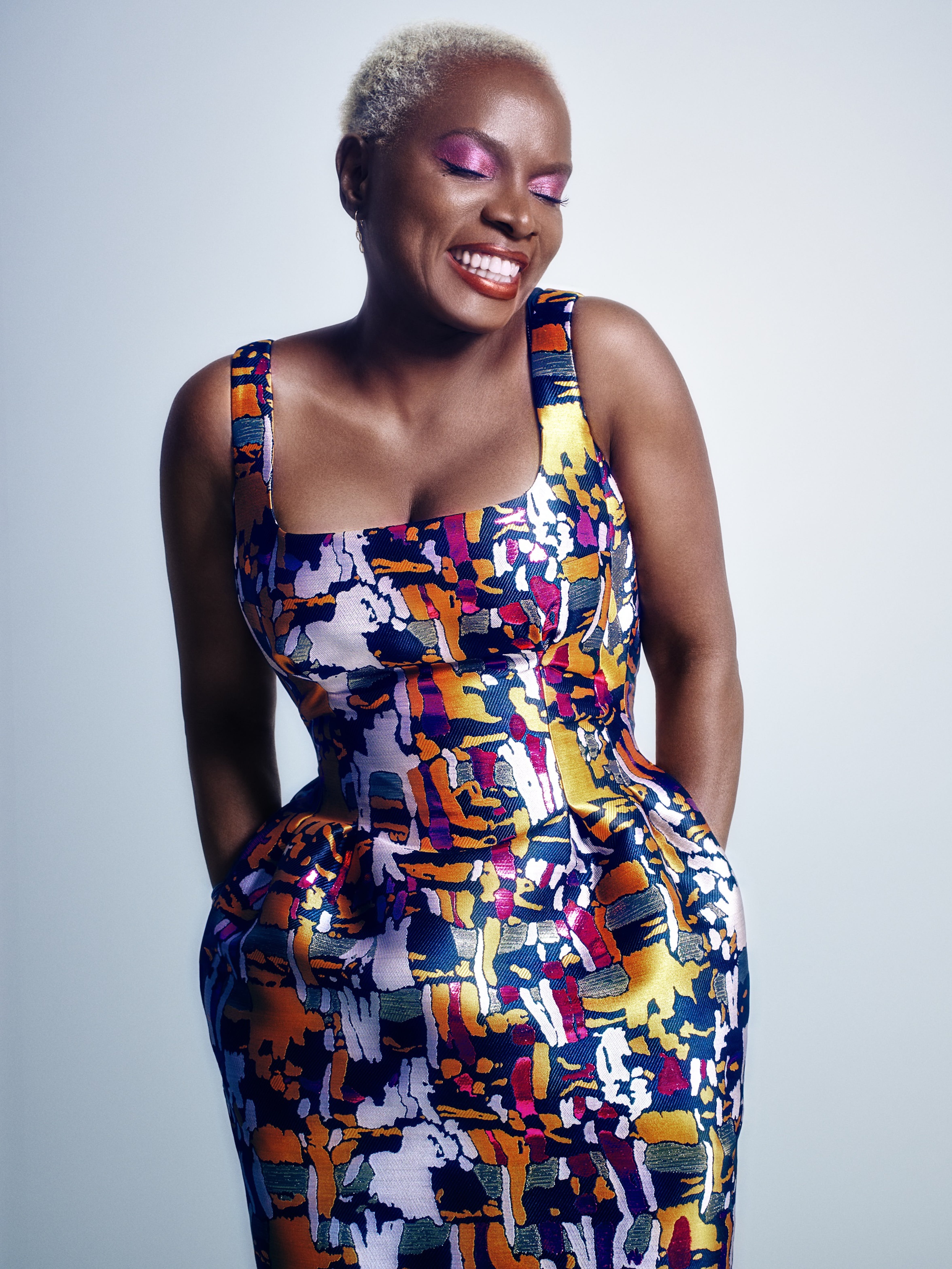 Three-time Grammy Award winner and Benin-born singer Angélique Kidjo brings her intoxicating blend of West African music, American R&B, jazz, and funk to her Perspectives series throughout Carnegie Hall’s 2019–2020 season. The highly anticipated residency takes audiences on a journey of African music and culture throughout the world including three concerts curated by Kidjo and one spectacular program featuring her as a performer.

“I am so grateful that Carnegie Hall has given me the opportunity to curate this Perspectives Series,” says Kidjo. “We will travel from the modern sounds of Beninese pop music with Benin International Musical to the amazing jazz contemporary innovation of Lionel Loueke’s trio; from Terence Blanchard’s magnificent tribute to music of the Diaspora to a musical celebration of Africa’s independence that coincides with my birthday. Through these concerts, I want to convey the message that African music, with its inspiring and unifying power, will keep on reminding us of a truth we should all embrace: We are all Africans!”

The series kicks off on Saturday, October 19 at 9:30 p.m. in Zankel Hall, with Benin International Musical, a fast-rising ensemble that fuses hip-hop, rock, and electronica with voodoo rhythms. Captivated by the complexity and authenticity of their music, Kidjo selected these young musicians for the series to give audience members a one-of-a-kind musical experience straight from the villages of Benin.

The next installment of the series, on Friday, December 6 at 8:00 p.m. in Stern Auditorium / Perelman Stage, is Diaspora Songs, a program shining a spotlight on the remarkably wide-ranging influence that African music has across multiple genres including gospel, blues, jazz, Afro-Cuban, Brazilian, hip-hop, rock, or pop. Conceived by Kidjo and led by Musical Director Terence Blanchard, this exciting performance features Blanchard’s ensemble The E-Collective and performers from around the world coming together to explore the extraordinary impact African music has made on every part of our musical landscape.

On Friday, December 13 at 9:00 p.m., Benin-born guitarist Lionel Loueke brings his fluid guitar playing—inspired by African and traditional jazz—to Zankel Hall. Loueke and his trio, along with special guest Brazilian percussion superstar Cyro Baptista, honor Kidjo in a concert that both celebrates and reinvents many of her marvelous songs.

The series culminates on Saturday, March 14 at 8:00 p.m. in Stern Auditorium / Perelman Stage with a special concert marking both Kidjo’s 60th birthday and the anniversary of independence of her native Benin in addition to 16 other West African nations. For this momentous occasion, Kidjo will perform and is joined by a host of stellar guest artists to celebrate her remarkable musical career.

About the Artist
Angélique Kidjo’s performances over the past two decades have thrilled audiences and left an indelible mark on the history of Carnegie Hall. In 2014, she closed Carnegie Hall’s UBUNTU festival with a tribute to singer Miriam Makeba that inspired concertgoers—including Archbishop Emeritus Desmond Tutu—to rise to their feet and sing along. In 2017, former Talking Heads frontman David Byrne joined Kidjo on stage for her cover of the band’s hit “Once in a Lifetime” before she led a conga line that made its way throughout Stern Auditorium / Perelman Stage. The upcoming series is sure to give audiences more unforgettable moments with performances featuring outstanding guest artists joining together to celebrate one of music’s most vibrant voices.

Kidjo is one of the greatest artists in international music today. A creative force with 14 albums to her name, Time magazine has called her "Africa's premier diva." The BBC has included her in its list of the continents’ 50 most iconic figures, and, in 2011, The Guardian listed her as one of their Top 100 Most Inspiring Women in the World. Forbes magazine has ranked Angélique as the first woman in their list of the Most Powerful Celebrities in Africa. She is the recipient of the prestigious 2015 Crystal Award given by the World Economic Forum in Davos, Switzerland, and the 2016 Amnesty International Ambassador of Conscience Award.

As a performer, her striking voice, stage presence and fluency in multiple cultures and languages have won respect from her peers and expanded her following across national borders. She regularly tours globally performing the high-energy concert she’s become famous for with her four-piece band. After exploring the roads of Africa's diaspora — through Brazil, Cuba and The United States — and offering a refreshing and electrifying take on the Talking Heads album Remain In Light (called “Transformative” by The New York Times, “Visionary” by NPR Music, “Stunning” by Rolling Stone, and “one of the year’s most vibrant albums” by The Washington Post), the French-Beninese singer has most recently reflected on an icon of the Americas, celebrated salsa singer Celia Cruz. Kidjo’s album Celia (April 19 - Verve/Universal Music France) divests itself of the glamour to investigate the African roots of the Cuban-born woman who became the "Queen" of salsa. Celia was recorded in New York and Paris, produced by David Donatien and mixed by Russell Elevado (D’Angelo, Kamasi Washington). Over the course of 10 beloved songs from Cruz’s extensive catalog but with special focus on her work from the 1950s, Angélique’s voice soars in lockstep with a grand presentation of rhythmic touchstones that delve deep into the history of music from Africa and its influence on the music of Cuba. Among her other projects, her collaboration with Philip Glass, IFÉ: Three Yorùbá Songs, made its US debut to a sold-out concert with the San Francisco Symphony in June 2015. In 2019, Angélique helped Glass premiere his latest work, Symphony No. 12 “Lodger”, a symphonic re-imaging of the David Bowie album of the same name, at a sold-out performance at the Los Angeles Philharmonic.

Along with her performance schedule, Kidjo also travels the world advocating on behalf of children in her capacity as an Oxfam and UNICEF Goodwill Ambassador. She created her own charitable foundation, Batonga, dedicated to support the education of young girls in Africa.


Major support for the Angélique Kidjo Perspectives series has been provided by the Howard Gilman Foundation.