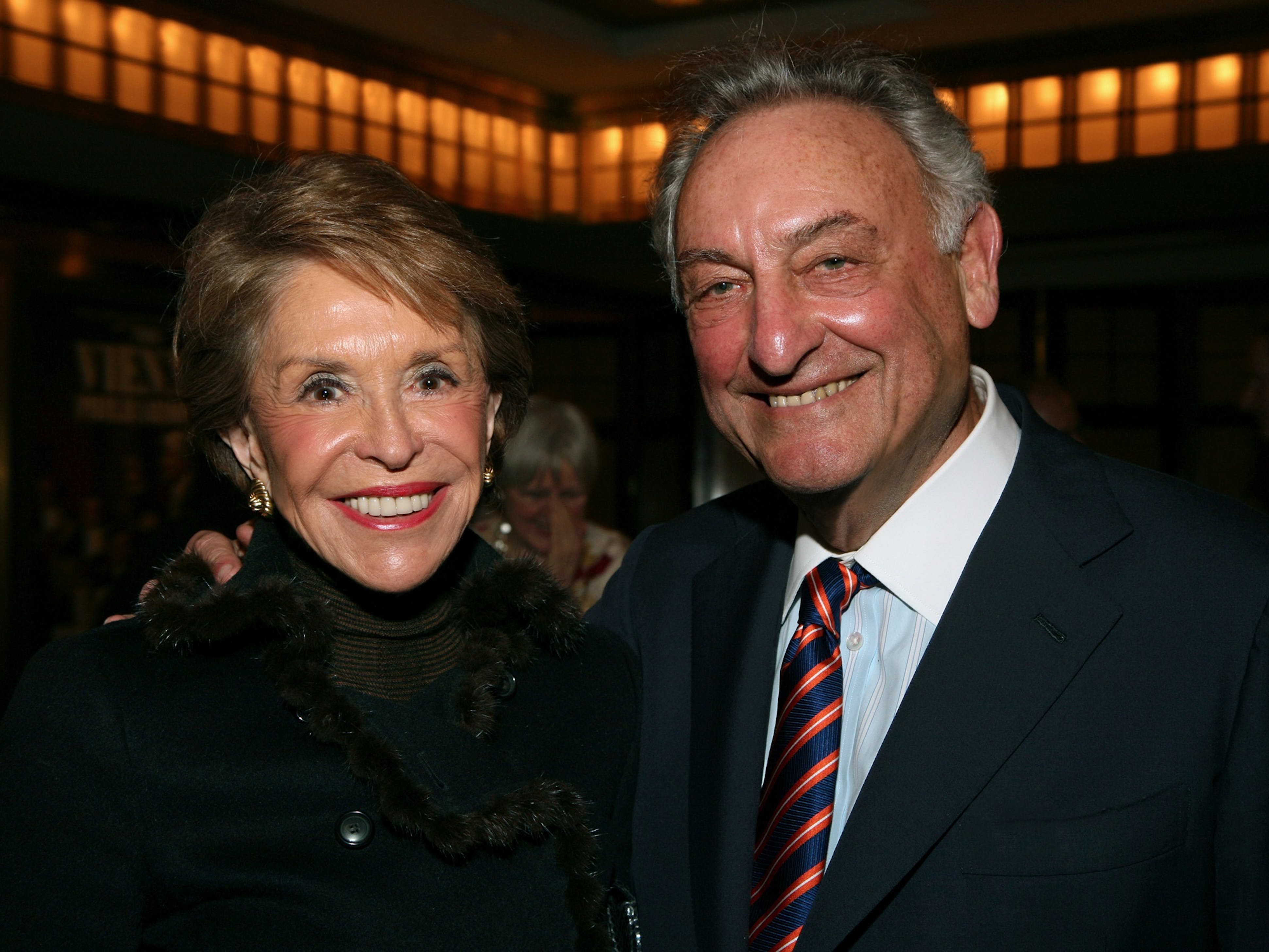 NEW YORK, NY—Carnegie Hall today announced that, thanks to a generous $14.6 million gift, Joan and Sanford I. Weill and The Weill Family Foundation have earned the unique distinction of becoming the first private donors in Carnegie Hall’s history to reach the $100 million threshold in cumulative lifetime giving.

Sanford I. Weill joined the Carnegie Hall Board of Trustees in 1983, was elected Chairman in 1991, and then President in 2015. For more than three decades, Mr. Weill and his wife, Joan, have been centerstage for each of Carnegie Hall’s major milestones, generously supporting the 1986 historic restoration of the main auditorium (now Stern Auditorium/Perelman Stage) and recital hall (now Weill Recital Hall); the building of the Hall’s endowment fund in the late 1990s; the construction of Zankel Hall and establishment of Carnegie Hall’s Weill Music Institute in 2003; and the renovation of the Hall’s Studio Towers, creating a home for music education on the building’s upper floors, in 2014.

A committed fundraiser who has always led by example, campaigns led or co-chaired by Mr. Weill have raised $525 million for Carnegie Hall’s endowment and capital projects. Thanks to the stewardship of Mr. Weill and his fellow trustees, Carnegie Hall’s endowment has grown from $4 million in 1991 to more than $320 million today. Under the auspices of Carnegie Hall’s Weill Music Institute, the Hall’s music education and community programs have expanded ten-fold and continue to grow, now serving more than 600,000 people around the globe.

“I can’t remember a time when Carnegie Hall hasn’t been a central part of Joan and my life,” said Sanford I. Weill, Carnegie Hall’s President. “We are so proud of everything that has been accomplished here over the years, especially in the area of music education, with kids having the chance to experience great music at the finest concert hall and develop their potential through music. It is very rewarding to think about how this amazing hall will be enjoyed by future generations. We truly think the best is yet to come.”

“It’s my pleasure to congratulate Sandy and Joan on this incredible milestone and thank them for their unparalleled generosity to our community,” said Robert F. Smith, Chairman of Carnegie Hall’s Board of Trustees. “Stretching over decades, their advocacy for Carnegie Hall has been inspiring to so many of us. Their dedication to this Hall is built on our joint belief that music and education have the power to transform lives—and their work toward our cause will continue to make a true impact.”

“I have always admired Sandy and Joan’s deep passion for Carnegie Hall, their massive commitment to music education, and their focus on ensuring that this iconic place is always safeguarded, continually evolving to meet the needs of today’s audiences and the world’s finest artists,” said Clive Gillinson, Executive and Artistic Director of Carnegie Hall. “In my work with Sandy, he has always been a forward-thinking leader who, in asking the best questions and testing ideas, has always had the best interest of Carnegie Hall at heart. I could not have wished for a better partner for all that we aspired to achieve together for Carnegie Hall over the last fourteen years.”

News of this special giving milestone will be celebrated tonight with an announcement from Carnegie Hall’s stage on Tuesday night, October 15, prior to the start of a performance by Yannick Nézet-Seguin and The Philadelphia Orchestra.

A Carnegie Hall trustee for thirty-six years, Sanford I. Weill was elected Chairmen of Carnegie Hall’s Board of Trustees in 1991; he transitioned in 2015 to a new role as President, a title formerly held by the late violinist Isaac Stern. Mr. Weill is only the second person to hold the title of President since Carnegie Hall was established as a non-profit in 1960.

From the beginning of his service to the Hall, Mr. Weill worked closely with Stern and board leaders to safeguard the famed concert venue, a building saved from demolition in 1960, however still in dire need of restoration. Upon joining the board, Mr. Weill co-chaired, with then-Chairman James D. Wolfensohn, the $60 million Campaign for Carnegie Hall, leading to the historic 28-week restoration of Carnegie Hall’s main auditorium and recital hall in 1986, a project that modernized the Hall’s facilities and brought these two concert venues back to their original glory. The Carnegie Hall Recital Hall was reopened in January 1987, renamed as the Joan and Sanford I. Weill Recital Hall in recognition of the Weills’ leadership and generous support.

Among other major highlights of Mr. Weill’s board leadership was the completion and unveiling of the Judy and Arthur Zankel Hall—Carnegie Hall’s $100 million modern, underground concert venue—which opened in 2003, paving the way for expanded performance and education programming. Also in 2003, Carnegie Hall established the Weill Music Institute (WMI), the new umbrella under which the Hall’s existing education and community programs would be significantly expanded with a goal of reaching increased local, national, and international audiences. The work of WMI was buoyed by a new endowment supporting music education created earlier that year with more than $60 million raised in one night at a March 2003 gala celebrating Mr. Weill’s 70th birthday and his 20th anniversary as a trustee. Today, WMI programs engage with 600,000 people around the world each season, including more than 55,000 students and teachers in New York City public schools. Carnegie Hall currently dedicates approximately $14 million of its budget to support these programs annually.

Most recently, Mr. Weill led Carnegie Hall’s Studio Towers Renovation Project campaign, a comprehensive undertaking that has created inspirational new spaces for music education on the Hall’s upper floors while also fully refurbishing the Hall’s backstage areas and offices. The $230 million project was capped in 2014 with the opening of the new 61,000 square-foot Judith and Burton Resnick Education Wing, comprised of 24 new rooms for music education, including the double-height Weill Music Room. Adjacent to the new wing are new spaces for entertaining including the Weill Terrace Room and the Weill Terrace, a new outdoor roof terrace that serves as an ideal gathering place for those engaged in Carnegie Hall events and activities.

A tireless champion for social service and cultural organizations for decades, Joan Weill is a member of the Board of Overseers at University of California, San Francisco; Co-Chairman of the New York Presbyterian/Weill Cornell Medicine Women’s Health Symposium; Co-Chairman of the Weill Music Institute Advisory Council at Carnegie Hall; past Chairman of Paul Smith’s College of the Adirondacks; past President and board member of Citymeals-On-Wheels; and former executive committee member of Women in Need. A driving force in the growth of Alvin Ailey, Joan is Chairman Emerita and continues to serve on the board. Married 64 years, the Weills received the 2009 Carnegie Medal of Philanthropy and the 2017 Kennedy Center Award for the Human Spirit in recognition of their philanthropic efforts.

Photo at top of release by Steve J. Sherman