Concerts on October 26 and November 8 to Be Heard Nationwide on Carnegie Hall Live on WQXR 105.9 FM and WQXR.org 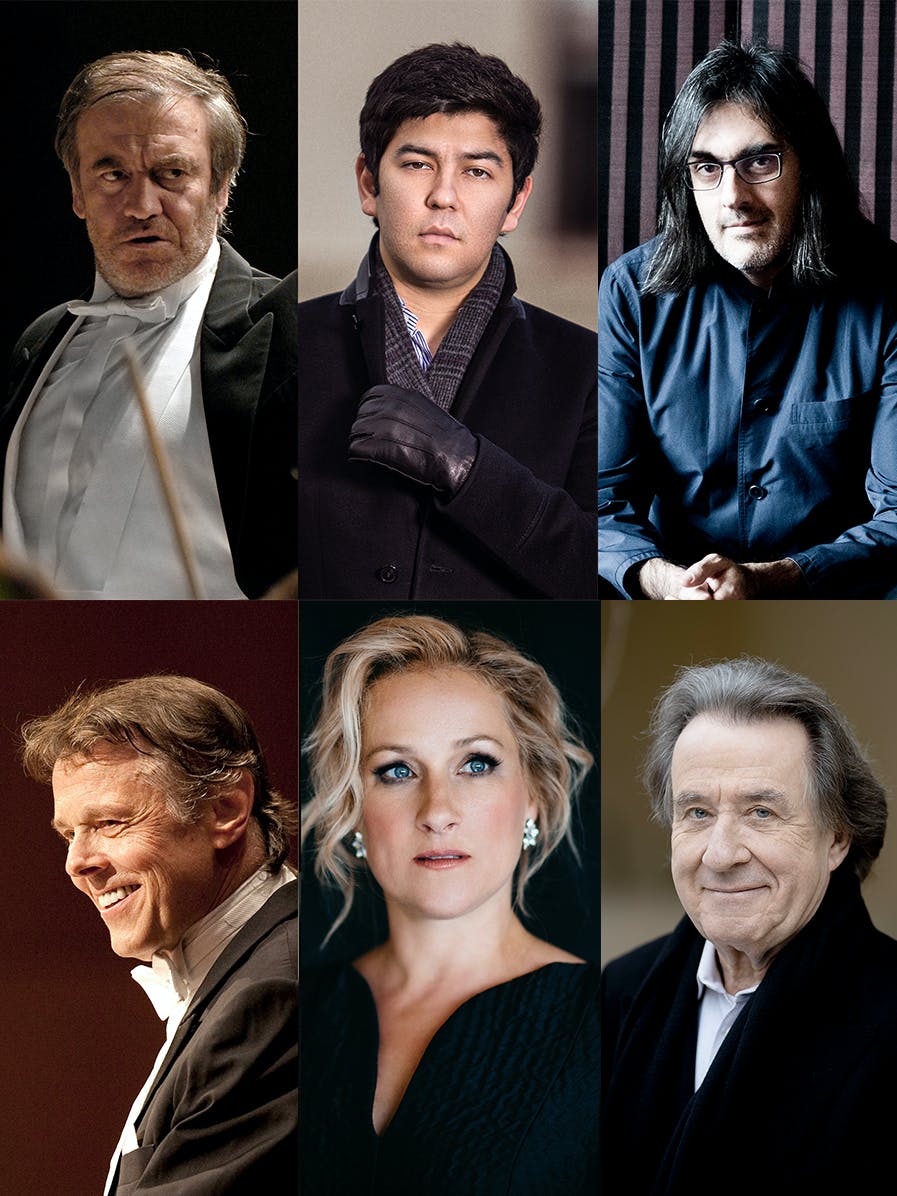 Born in Tashkent, Uzbekistan, in 1990, Behzod began to play the piano at the age of five as a pupil of Tamara Popovich at Uspensky State Central Lyceum in Tashkent. He is an alumnus of Park University’s International Center for Music where he studied with Stanislav Ioudenitch, and now serves as the ICM’s artist-in-residence.

Leonidas Kavakos is recognized as a violinist and artist of rare quality, known for the integrity of his playing and for his virtuosity and superb musicianship. By age 21, Mr. Kavakos had won three major competitions: the International Jean Sibelius Violin Competition (1985), the Paganini Competition (1988), and the Naumburg International Piano Competition (1988). This success led to his recording the original Sibelius Violin Concerto (1903–1904), the first recording of the work in history, which won the Gramophone Concerto of the Year Award in 1991. Mr. Kavakos was awarded the Gramophone Artist of the Year Award in 2014, and he was the winner of Denmark’s Léonie Sonning Music Prize in 2017.

Mr. Kavakos recently signed an exclusive contract with Sony Classical, for whom he has previously recorded Mendelssohn’s Violin Concerto and Mozart’s violin concertos, play-conducting with Camerata Salzburg. In the 2019–2020 season, in addition to concerts with major orchestras in Europe and the United States, Leonidas Kavakos will once again join Yo-Yo Ma and Emanuel Ax for three programs in Carnegie Hall comprising Beethoven trios and sonatas. He will undertake two Asian tours, first as soloist with the Singapore Symphony and Seoul Philharmonic and in recital in the NCPA Beijing, and then in the spring he performs with the Hong Kong Philharmonic and Taiwan National Symphony Orchestra, prior to playing Beethoven Sonata Cycles in Shanghai and Guangzhou with Enrico Pace. Mr. Kavakos plays the “Willemotte” Stradivarius violin of 1734.

Born in Moscow, Valery Gergiev initially studied conducting under Ilya Musin at the Leningrad Conservatory. While still a student, he won the Herbert von Karajan conducting competition in Berlin. In 1978, Yuri Temirkanov appointed him assistant conductor of the Mariinsky Opera, where he made his debut conducting Prokofiev's adaptation of Tolstoy's War and Peace. In 1988, Maestro Gergiev became music director and, in 1996, artistic and general director of the Mariinsky Theatre (including the Mariinsky Ballet, Mariinsky Opera, and Mariinsky Orchestra). Founder and director of several festivals–including Stars of the White Nights–Maestro Gergiev also served as principal conductor of the London Symphony Orchestra from 2007 to 2016.

Maestro Gergiev's close cooperation with the Munich Philharmonic began in the 2011–2012 season. Since then, he has performed the complete symphonies of Shostakovich and a cycle of works by Stravinsky with both the Munich Philharmonic and the Mariinsky Orchestra. Since the 2015–2016 season, he has been chief conductor of the Munich Philharmonic. As Maestro der Stadt ("The City's Maestro"), he reaches out to Munich concert audiences through subscription concerts and performances for young people, public rehearsals, an open-air concert series on the Odeonsplatz, and the MPHIL 360° festival, while reaching an international audience through regular live streams and television broadcasts from the Philharmonie Concert Hall in the Gasteig Cultural Center in Munich.

The Munich Philharmonic was founded in 1893 and has since vastly enriched Munich's musical life. Even in the orchestra's earliest years, conductors such as Hans Winderstein and Felix Weingartner guaranteed the highest level of performance. Gustav Mahler conducted the orchestra in the world premieres of his Fourth and Eighth symphonies, and in November 1911, the world premiere of Mahler's Das Lied von der Erde took place under Bruno Walter's direction. Ferdinand Löwe led the first Bruckner concerts and established the orchestra's Bruckner tradition, which was then gloriously continued by Siegmund von Hausegger and Oswald Kabasta. Eugen Jochum opened the first concert after World War II with Mendelssohn's A Midsummer Night's Dream Overture. In the autumn of 1945, the orchestra acquired the services of Hans Rosbaud, an outstanding conductor who strongly supported new music. His successor, from 1949 to 1965, was Fritz Rieger, during whose administration the groundwork was laid for the Philharmonic's successful youth work.

On October 13, 2018, the Munich Philharmonic and Valery Gergiev celebrated the 125th anniversary of the orchestra by performing Igor Stravinsky's Symphonie de Psaumes and Gustav Mahler's Symphony No. 8.

One of today's legendary performers, Rudolf Buchbinder has appeared in concert all over the world with renowned orchestras and conductors for more than 50 years. For his 70th birthday in December 2016, he was celebrated in such venues as Suntory Hall in Tokyo, the Musikverein in Vienna, and the Berlin Philharmonie. Other highlights of this anniversary season included concerts with the Staatskapelle Dresden and the Berliner Philharmoniker led by Christian Thielemann. In addition, at the invitation of Mariss Jansons, Mr. Buchbinder serves as artist in residence with the Bavarian Radio Symphony Orchestra. He has an especially close relationship with the Vienna Philharmonic Orchestra, which named him an Honorary Member in 2016.

Mr. Buchbinder has been the artistic director of the Grafenegg Festival since its founding in 2007. Under his leadership, it has developed into one of Europe's foremost festivals for orchestral music. He has published two books: his autobiography, Da Capo, and My Beethoven--Life with the Master. On the occasion of Beethoven 250th birthday, he plays his own cycle of the five piano concertos at the Wiener Musikverein during the 2019–2020 season.

Mariss Jansons is considered one of the most outstanding conductors of our time. Born in 1943 in Riga, Latvia, he studied at the Leningrad Conservatory, in Vienna under Hans Swarowsky, and in Salzburg under Herbert von Karajan. In 1971, Evgeny Mravinsky made him his assistant with the Leningrad Philharmonic Orchestra (known today as the St. Petersburg Philharmonic Orchestra), an ensemble he regularly conducted until 1999.

Mr. Jansons is an honorary member of the Society of the Friends of Music in Vienna as well as the Royal Academy of Music in London. For his work with the Oslo Philharmonic, he was awarded the Royal Norwegian Order of Merit. His other awards include the Austrian Cross of Honor for Scholarship and Art, the Three Stars Medal of the Republic of Latvia, and the Bavarian Order of Maximilian. In 2013, he was awarded the German Federal Cross of Merit, First Class; made a Knight of the Lion of the Netherlands; and appointed Commandeur des Arts et des Lettres, the highest cultural award of the French Republic. On June 4, 2013, he received the prestigious Ernst von Siemens Music Prize, and in March 2018, he received the Léonie Sonning Music Prize, the highest music award in Denmark. In November 2017, he became the 104th winner of the Royal Philharmonic Society’s Golden Medal.

Soon after it was founded by Eugen Jochum in 1949, the Bavarian Radio Symphony Orchestra (BRSO) developed into an internationally renowned orchestra. Its fame expanded and was fortified by chief conductors Rafael Kubelík, Sir Colin Davis, and Lorin Maazel. Since 2003, Mariss Jansons has set new standards as chief conductor.

In addition to the orchestra’s repertoire of Classical and Romantic works, a strong focus is placed on contemporary works, with appearances in conjunction with the Musica Viva series, founded in 1945 by Karl Amadeus Hartmann. At these concerts, Munich audiences have witnessed legendary performances of contemporary works conducted by the composers themselves, who have included Igor Stravinsky, Darius Milhaud, Karlheinz Stockhausen, Mauricio Kagel, Luciano Berio, and Peter Eötvös.


This performance is proudly supported by ICBC U.S. Region.


The Trustees of Carnegie Hall gratefully acknowledge the generosity of Mary Ellen and Karl von der Heyden in support of the 2019-2020 season.