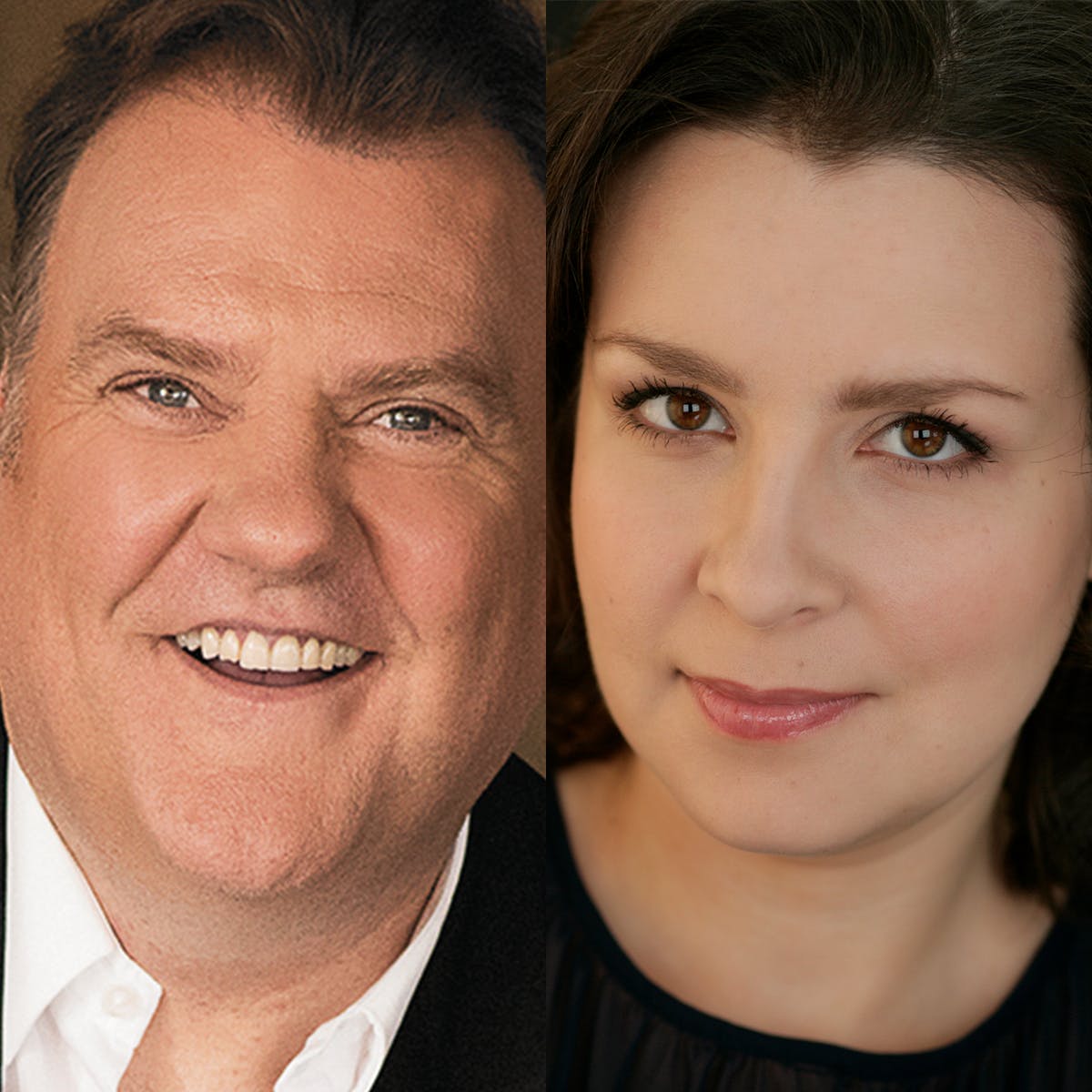 (December 17, 2019, New York, NY) On Sunday, February 9 at 2:00 p.m., beloved Welsh bass-baritone Sir Bryn Terfel returns to Stern Auditorium / Perelman Stage for a recital featuring works by Ireland, Quilter, Brahms, Schumann, Schubert, selections from Vaughan Williams’s Songs of Travel as well as additional selections to be announced from the stage. He is joined by pianist Natalia Katyukova. This concert marks his first recital at Carnegie Hall in ten years; for his complete performance history please click here. The full program is listed below.

About the Artists
Welsh bass-baritone Sir Bryn Terfel has established an extraordinary career, performing regularly on the prestigious concert stages and opera houses of the world.

After winning the Song Prize at the 1989 BBC Cardiff Singer of the World, Sir Bryn made his professional operatic debut in 1990 as Guglielmo in Così fan tutte with Welsh National Opera. He made his international operatic debut in 1991 as Speaker in Die Zauberflöte at the Théâtre de la Monnaie, Brussels and made his American debut in the same year as Figaro with Santa Fe Opera. Other roles performed during his career include Méphistophélès in Faust; both the title role and Leporello in Don Giovanni; Jochanaan in Salome; Scarpia in Tosca; the title role in Gianni Schicchi; Nick Shadow in The Rake’s Progress; Wolfram in Tannhäuser; Balstrode in Peter Grimes; Four Villains in Les contes d’Hoffmann and Hans Sachs in Die Meistersinger von Nürnberg.

Sir Bryn marked his 50th birthday and twenty-five years in the profession with a special gala concert at the Royal Albert Hall, presented by Hollywood star Michael Sheen. The celebrations continued at Cardiff’s Wales Millennium Centre, where he sang Scarpia in a special concert performance of Tosca with the Welsh National Opera.

Recent performances include Holländer in Der fliegende Holländer for Zürich Opera; Falstaff at the Royal Opera House, Covent Garden and the world premiere of an original show by Robat Arwyn and Mererid Hopwood—Hwn Yw Fy Mrawd—chronicling the life of the film star and singer Paul Robeson at the Wales Millennium Centre, Cardiff as part of the National Eisteddfod of Wales.

Equally at home on the concert platform, his highlights range from the opening ceremony of the Wales Millennium Centre, BBC Last Night of the Proms and the Royal Variety Show to a Gala Concert with Andrea Bocelli in Central Park, New York and for nine years, he hosted his own festival in Faenol, North Wales.

Sir Bryn is a Grammy, Classical Brit and Gramophone Award winner with a discography encompassing operas of Mozart, Wagner and Strauss, and more than fifteen solo discs including lieder, American musical theatre, Welsh songs and sacred repertory. Bryn was made a Commander of the British Empire (CBE) for his services to Opera in 2003, was awarded the Queen’s Medal for Music in 2006 and received a knighthood for his service to music in 2017. He was the last recipient of the Shakespeare Prize by the Alfred Toepfer Foundation and in 2015 he was given The Freedom of the City of London. He sings the title role in Wagner’s Der Fliegende Holländer this season at The Metropolitan Opera.

Natalia Katyukova has been a Vocal Arts faculty member at The Julliard School since 2016. She is an assistant conductor at the Metropolitan Opera and is a coach at the Met’s Lindemann Young Artist Development Program. Ms. Katyukova has performed with singers such as Bryn Terfel, Irina Arkhipova, Ekaterina Semenchuk, Ildar Abdrazakov, and Paul Appleby. She has played and taught at festivals and summer programs including Ravinia and Tanglewood and has appeared in recital throughout the US, Russia, Germany, Italy, Finland, and Japan. Ms. Katyukova previously served on the faculties of Texas Wesleyan University, the University of Fine Arts (Russia), and the Conservatory Claudio Monteverdi (Italy). She is winner of the MTNA National Piano Competition (US), the International Piano Competition (Spain), and the Ettore Pozzoli International Piano Competition (Italy). Her performances have been broadcast on WFMT Chicago, All-Russian Radio, Radio Bavaria, and SWR (German SouthWest Radio). Ms. Katyukova studied at Moscow State Conservatory, The Juilliard School, and the Metropolitan Opera Lindemann Young Artist Development Program. Her teachers have included Margo Garrett, Jonathan Feldman, Brian Zeger, Ken Noda, and Lev Naumov.