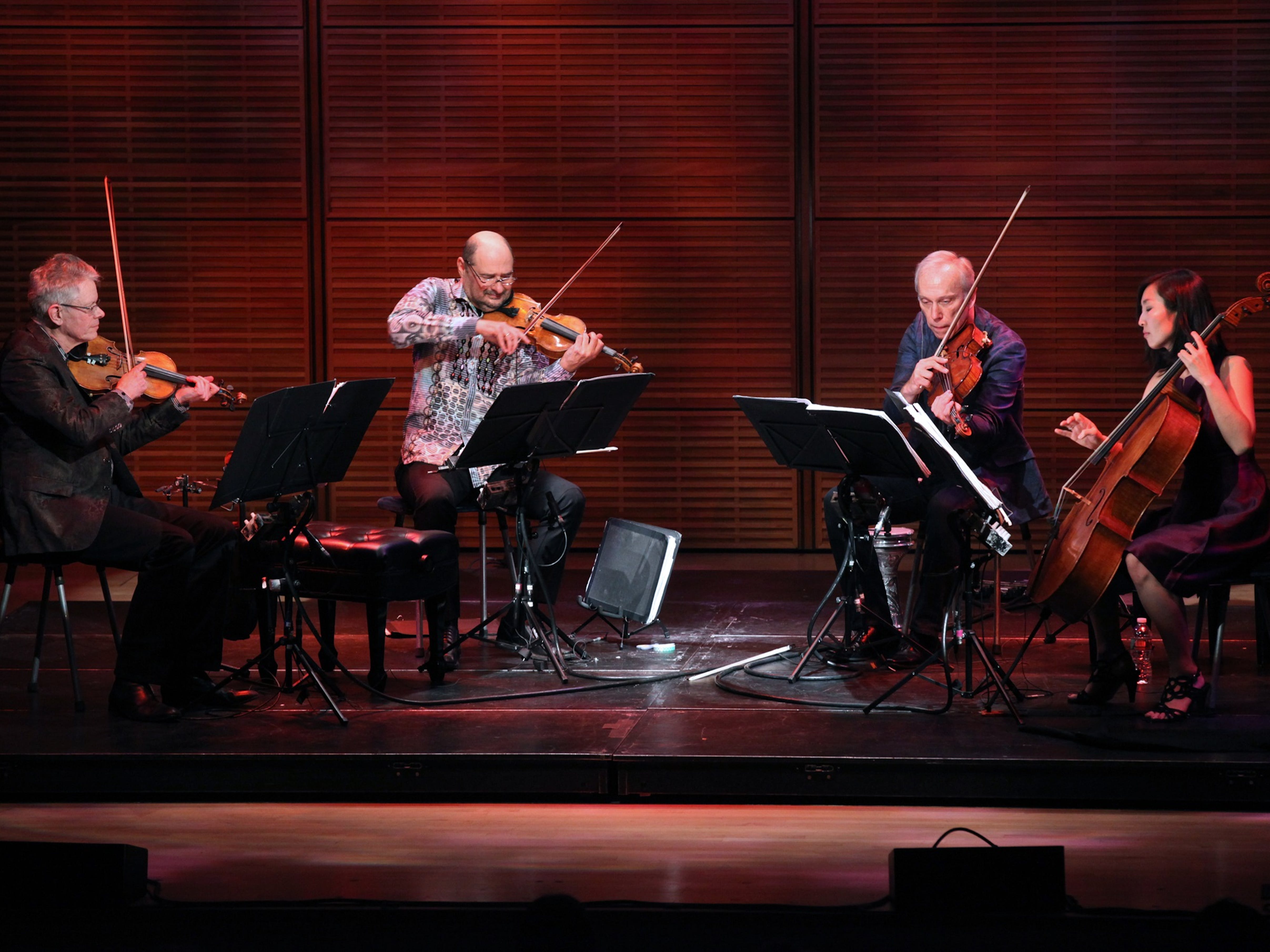 On Saturday, January 25 at 9:00 p.m., pioneering ensemble Kronos Quartet returns to Zankel Hall for a program that reveals the group’s remarkable gift for expanding the range and context of the string quartet. The evening includes the world premiere of Bryce Dessner’s Le Bois, a work based on Pérotin’s Sederunt principes and was inspired by the Notre Dame Cathedral and the 1,000-year-old wood ceiling that was lost in the fire there in the Spring of 2019. The new work was commissioned as part of 50 for the Future: The Kronos Learning Repertoire, an education and legacy project that is commissioning—and distributing online for free—50 new works for string quartet designed expressly for the training of students and emerging professionals. Other works on the program commissioned for the 50 for the Future project include Philip Glass’s Quartet Satz, Missy Mazzoli’s Enthusiasm Strategies, and Misato Mochizuki’s Boids.

Prior to this performance, starting at 8:00 p.m., ticketholders are invited to enjoy Late Nights at Zankel Hall, a laid-back chance to meet others who share your passion for music. The first 200 ticketholders to arrive will receive a complimentary drink courtesy of Carnegie Hall. For more information, please visit carnegiehall.org/latenights.

About the Artist
For more than 45 years, San Francisco’s Kronos Quartet—David Harrington (violin), John Sherba (violin), Hank Dutt (viola), and Sunny Yang (cello)—has combined a spirit of fearless exploration with a commitment to continually reimagine the string quartet experience. In the process, Kronos has become one of the world’s most celebrated and influential ensembles, performing thousands of concerts, releasing more than 60 recordings, collaborating with many of the world’s most accomplished composers and performers, and commissioning over 1,000 works and arrangements for string quartet. Kronos has received over 40 awards, including the prestigious Polar Music Prize, Avery Fisher Prize, and Edison Klassiek Oeuvreprijs.

The nonprofit Kronos Performing Arts Association manages all aspects of Kronos’ work, including the commissioning of new works, concert tours and home season performances, education programs, and the annual Kronos Festival. In 2015, Kronos launched 50 for the Future: The Kronos Learning Repertoire, an education and legacy project that is co-commissioning with Carnegie Hall and other partners 50 new works for string quartet, composed by 25 women and 25 men, that are being distributed online for free. Visit 50ftf.kronosquartet.org to learn more.

Photo at top of release by Steve Sherman.

Tickets, priced $63 and $75, are available at the Carnegie Hall Box Office, 154 West 57th Street, or can be charged to major credit cards by calling CarnegieCharge at 212-247-7800 or by visiting the Carnegie Hall website, carnegiehall.org.