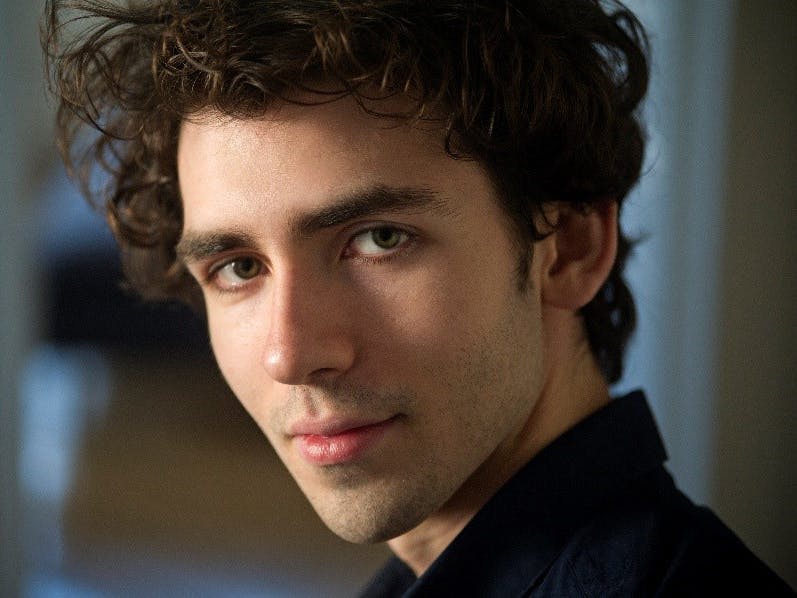 In an official statement, Mr. Perahia said, "To my North American fans, it is with regret that I have to cancel my upcoming recitals for medical reasons. I hope to be able to return before too long and thank you for your continued support."

About the Artist
At 22 years old, Alexandre Kantorow is the first French pianist to win the gold medal at the Tchaikovsky Competition as well as the Grand Prix, awarded only three times before in the competition's history. Already hailed by critics as the "young tsar of the piano" (Classica) and "Liszt reincarnate" (Fanfare), he has received numerous other awards and is already being invited at the highest level worldwide.

Even before the competition, Mr. Kantorow had already been attracting attention. He began his career at an early stage and at 16 made his debut at La Folle Journée festival in Nantes. Since then he has played with many of the world's major orchestras, including regularly the Mariinsky Orchestra with Valery Gergiev, and highlights in this and future seasons include the Orchestre de Paris, Staatskapelle Berlin, Royal Philharmonic Orchestra, the Philharmonia Orchestra, Royal Stockholm Philharmonic, and tours with the Orchestre National de Toulouse, Budapest Festival Orchestra and the Munich Philharmonic.

In recital he appears at major concert halls such as the Concertgebouw Amsterdam in their Master Pianists series, Konzerthaus Berlin, Philharmonie de Paris, BOZAR in Brussels, Stockholm Konserthus and at the most prestigious festivals including La Roque d’Anthéron, Piano aux Jacobins, Verbier Festival and Klavierfest Ruhr.

He records exclusively with BIS, to great critical acclaim, and his most recent recording of Saint-Saëns has received Diapason d’Or and Choc Classica of the year. His à la Russe recital recording won numerous awards and distinctions including Choc de l’Année (Classica), Diapason découverte (Diapason), Supersonic (Pizzicato) and CD des Doppelmonats (PianoNews). For BIS he has also recorded Liszt concerti, with a forthcoming recital including rhapsodies by Brahms, Bartók and Liszt.

Alexandre Kantorow is a laureate of the Safran Foundation and Banque Populaire, and in 2019 was named ‘Musical Revelation of the Year’ by the Professional Critics Association.

Born in France and of French-British heritage, he has studied with Pierre-Alain Volondat, Igor Lazko, Franck Braley and Rena Shereshevskaya.

Photo at top of release by Jean-Baptiste Millot.

Tickets, priced at $40–$131, are available at the Carnegie Hall Box Office, 154 West 57th Street, or can be charged to major credit cards by calling CarnegieCharge at 212-247-7800 or by visiting the Carnegie Hall website, carnegiehall.org.