Carnegie Hall Presents The Crossing in Zankel Hall on Wednesday, March 25 at 7:30 PM 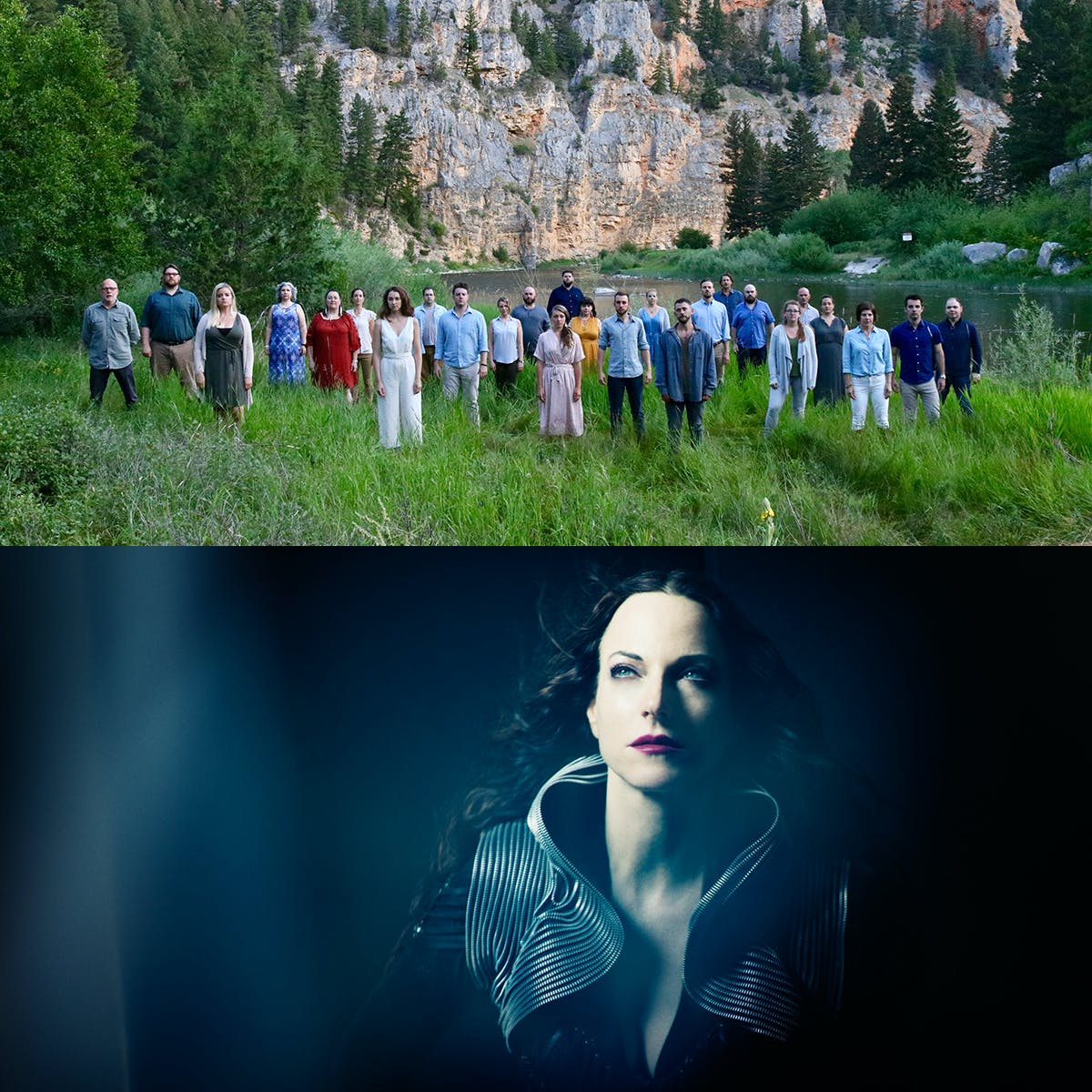 Travel Guide to Nicaragua is inspired by Gordon’s hazy memory of his first eight years of life living on the outskirts of Managua, Nicaragua with his Eastern European parents who had emigrated to the country. In writing this third substantial work for The Crossing, Gordon—one of the founding members of Bang on a Can—also reaches beyond his childhood memories, pondering the world of the Maya and Aztecs and drawing on the words of poet Rube´n Dari´o and Mark Twain, who visited the country in the mid-1860s.

About the Artist
Hailed as “America's most astonishing choir” (The New York Times) and “ardently angelic,” (The Los Angeles Times), The Crossing is a Grammy-winning professional chamber choir conducted by Donald Nally and dedicated to new music. It is committed to working with creative teams to make and record new, substantial works for choir that explore and expand ways of writing for choir, singing in choir, and listening to music for choir. Many of its nearly 90 commissioned premieres address social, environmental, and political issues. With a commitment to recording its commissions, The Crossing has issued 19 releases, receiving two Grammy Awards for Best Choral Performance (2018, 2019), and five Grammy nominations in three years. They have presented nearly 90 commissioned world premieres.

The Crossing collaborates with some of the world’s most accomplished ensembles and artists, including the New York Philharmonic, LA Phil, the American Composers Orchestra, Network for New Music, Lyric Fest, Piffaro, Tempesta di Mare Baroque Chamber Orchestra, the Annenberg Center, Beth Morrison Projects, The Rolling Stones, the International Contemporary Ensemble (ICE), and more. The Crossing holds an annual residency at the Warren Miller Performing Arts Center in Big Sky, Montana where they are working on an extensive, multi-year project with composer Michael Gordon and filmmaker Bill Morrison. Their concerts are broadcast regularly on WRTI 90.1FM, Philadelphia’s Classical and Jazz Public Radio.

The Crossing’s recordings of Robert Convery and Benjamin Boyle’s Voyages (August 2019, Innova) and Kile Smith’s The Arc in the Sky (July 2019, Navona) were both nominated for 2020 Grammy Awards for Best Choral Performance. Lansing McLoskey's Zealot Canticles won the 2019 Grammy; The Crossing’s collaboration with PRISM, Gavin Bryars’ The Fifth Century (ECM, October 2016), won the 2018 Grammy Award; and Thomas Lloyd’s Bonhoeffer (Albany 2016) was nominated for the 2017 Grammy, all for Best Choral Performance. The Crossing, with Donald Nally, was the American Composers Forums’ 2017 Champion of New Music. The Crossing’s 2014 commission Sound from The Bench by Ted Hearne was named a 2018 Finalist for the Pulitzer Prize in Music. Learn more at www.crossingchoir.org.

Hailed for her “stirring emotional power” by The New York Times, Maya Beiser has been called a “cello rock star” by Rolling Stone, praised as “a force of nature” by The Boston Globe, and dubbed “the queen of Avant-garde cello” by The Washington Post.

Raised on a Kibbutz in the Galilee Mountains in Israel, by her Argentinean father and French mother, Maya was discovered at the age of twelve by the late violinist Isaac Stern. Upon graduating from Yale University, she embarked on a rebellious career, passionately forging her artistic path through uncharted territories, expanding her art form and bringing a bold and unorthodox presence to contemporary classical music.

Maya’s discography includes twelve solo albums, many of them topping the classical music charts. In the summer of 2019, she launched her own record label - Islandia Music records - and released delugEON, a concept album that deconstructs the classical canon. On January 10 2020, she released “Bowie Cello Symphonic: Blackstar” – a reimagination of David Bowie’s last album - topping the Classical Crossover charts and receiving rave reviews. Maya is the featured soloist on many film soundtracks, including an extensive collaboration with James Newton Howard.

Maya Beiser is a United States Artists Distinguished Fellow in Music and was a Mellon Distinguished Visiting Artist at MIT. Her mainstageTED Talk has been watched by over one million people. www.mayabeiser.com.

Over the past 30 years, Michael Gordon has produced a strikingly diverse body of work, ranging from large-scale pieces for high-energy ensembles and major orchestral commissions to works conceived specifically for the recording studio and kaleidoscopic works for groups of identical instruments. Transcending categorization, his music represents the collision of mysterious introspection and brutal directness.

This season, the San Francisco Contemporary Music Players with Roomful of Teeth and Splinter Reeds premiere the concert-length In a Strange Land, the Strings of Autumn festival in Prague feature Gordon as composer-in-residence and perform Timber plus all of Gordon's string quartets; and the percussion/piano/bass trio Bearthoven premieres a new work.

Gordon’s recent works include a new chamber version of his opera Acquanetta, commissioned/premiered by Beth Morrison's Prototype Festival in NYC; "8" commissioned by the Amsterdam Cello Octet, the latest addition to Gordon’s concert-length music for multiples; Big Space, commissioned and presented by the BBC Proms; and three new works for orchestra — Natural History, written for the 100th Anniversary of the United States' National Parks and premiered at Crater Lake in Oregon; Observations on Air, a concerto for bassoon for soloist Peter Whelan, commissioned by The Orchestra of the Age of Enlightenment; and The Unchanging Sea, a piano concerto for Tomoko Mukaiyama with a new film by Bill Morrison commissioned/premiered by the Seattle Symphony and the Rotterdam Symphony. Gordon and Morrison's other collaborations include Decasia, Dystopia, Gotham and El Sol Caliente.

Photo of The Crossing by Kevin Vondrak and photo of Maya Beiser by ioulex.

Tickets, priced $35 and $45, are available at the Carnegie Hall Box Office, 154 West 57th Street, or can be charged to major credit cards by calling CarnegieCharge at 212-247-7800 or by visiting the Carnegie Hall website, carnegiehall.org.