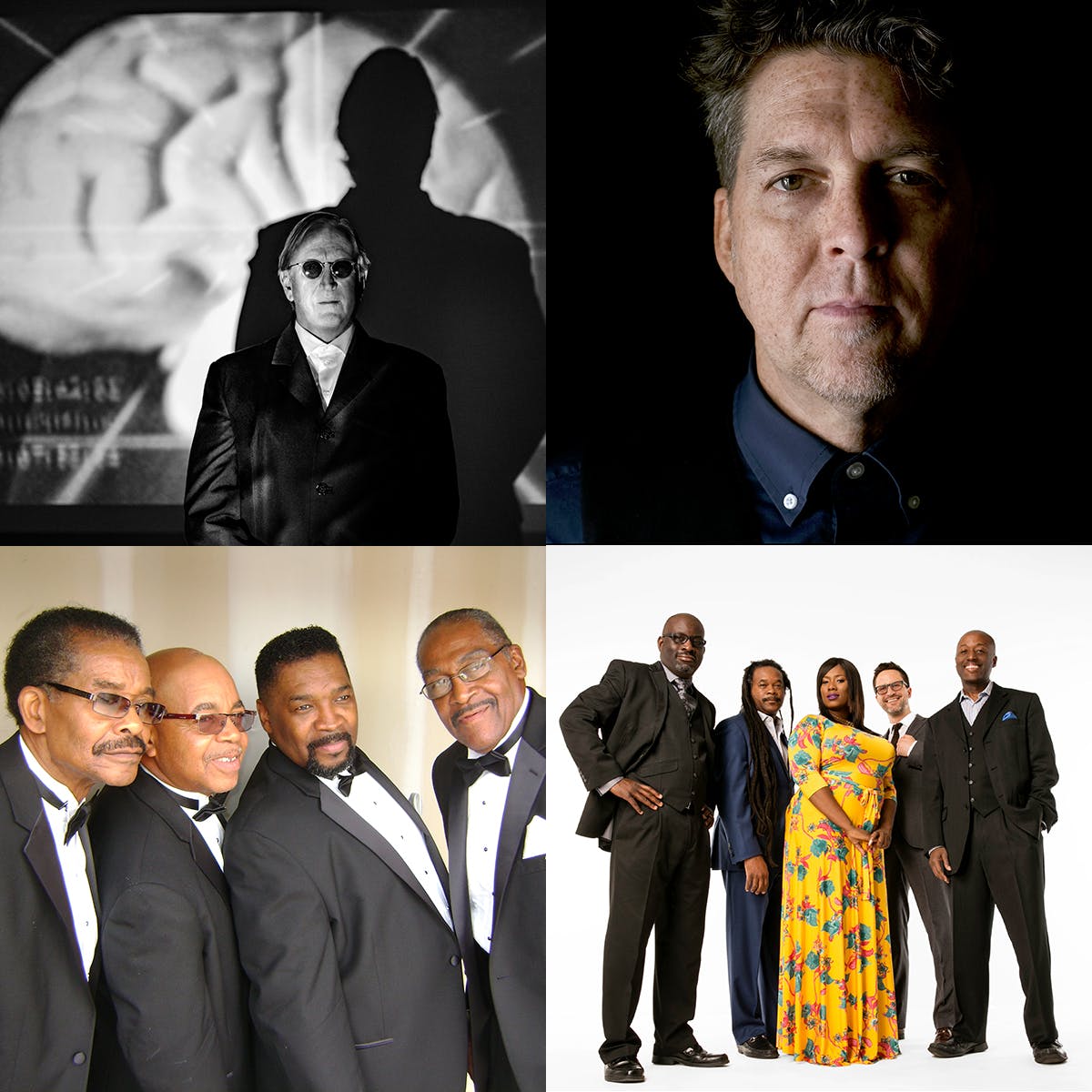 (February 27, 2020, NEW YORK, NY)—Carnegie Hall today announced the all-star lineup of artists for two exciting double-bill American Byways concerts to be presented in Zankel Hall in the 2020–2021 season. Curated and hosted by singer-songwriter Rosanne Cash (who was a Carnegie Hall Perspectives artist in the 2015–2016 season), these one-of-a kind performances take New York audiences on a journey through American roots music, featuring Appalachian traditions, the blues, and more.

On Friday, November 13 at 9:00 p.m., Cash brings together two iconic producers and songwriters––T Bone Burnett and Joe Henry—for a very special concert. Renowned for producing ground-breaking albums by artists including Robert Plant, Alison Krauss, Willie Nelson, and Elton John, Burnett was also behind the soundtrack for films like Walk the Line and O Brother, Where Art Thou?. Mentored in part by Burnett, Joe Henry has earned acclaim for producing albums by artists including Bonnie Raitt, Allen Toussaint, and Rhiannon Giddens (whom Burnett has worked with as well). For this rare double bill performance, Burnett’s fluid guitar-playing and thoughtful songwriting is paired with Henry’s deeply personal and marvelously eclectic style of storytelling with inflections of rock, folk, country, and jazz.

On Thursday, February 25 at 7:30 p.m., two Grammy Award-winning ensembles share the evening, showcasing folk, jazz, soul, gospel and more. Formed in 1921, The Fairfield Four celebrate the tradition of a cappella gospel singing, irresistible harmonies, and heartfelt soul; and Ranky Tanky’s innovative sound draws from the Gullah culture of the Lowcountry region of the southeastern US to create powerful performances featuring heartbreaking spirituals and freewheeling rhythms.

“I am a longtime friend and fan of both Joe and T Bone and I could not be more delighted to bring their individual and unparalleled artistry together for this special evening,” says Rosanne Cash. “The Fairfield Four are icons of Southern Gospel Music and it’s an honor to bring them to Carnegie Hall along with Ranky Tanky, upholders of a deep southern spirit revealed and celebrated in their joyous music.”

About the Artists
Multiple Grammy and Academy Award winner Joseph Henry “T Bone” Burnett is a producer, musician and songwriter. Known recently for composing and producing music for the critically acclaimed HBO series True Detective, his film work includes the five-time Grammy winning soundtrack for O Brother, Where Art Thou?, The Big Lebowski, Cold Mountain, The Hunger Games, Crazy Heart and Walk The Line, amongst others. He has collaborated with numerous artists including Bob Dylan, Elvis Costello, Roy Orbison and won Album of the Year and Record of the Year Grammy Awards for Robert Plant and Alison Krauss's Raising Sand.

In a career spanning more than 30 years, Joe Henry has left an indelible and unique imprint on American popular music. As a songwriter and artist, Mr. Henry is celebrated for his exploration of the human experience. A hyper-literate storyteller, by turns dark, devastating, and hopeful, he draws an author's eye for the overlooked detail across a broad swath of American musical styles—rock, jazz and blues—rendering genre modifiers useless.

In addition to his own recordings, he has cultivated quite a reputation producing records for other artists— Bonnie Raitt, Solomon Burke, Allen Toussaint, Lisa Hannigan, and Meshell Ndegeocello to name a few. Four of his productions have won Grammy Awards, and many others have been nominated. He has scored music and written songs for various films: Jesus' Son, Knocked Up, Motherhood, and produced tracks for the film I'm Not There. He also wrote the song "Stars" for the closing credits of HBO's Six Feet Under.

Known best for their appearance at the end of the film O Brother Where Art Thou, and on the subsequent soundtrack release, The Fairfield Four are alive and well and still singing in the traditional African American a cappella gospel style they have been known for since the group's inception almost 100 years ago. John Fogerty loved Fairfield's rootsy sound so much he decided he had to feature them on his second comeback album, Blue Moon Swamp singing on the track "A Hundred and Ten in the Shade." Later, after its release, he had the group open for him on many of his tour dates.

Founded in 1921 in Nashville, The Fairfield Four have maintained their authenticity by carrying on traditional stylings exemplified by the Bessemer Sunset Four, Birmingham Jubilee Singers, and Famous Blue Jay Singers with Silas Steele. The Fairfield Four are the recipients of multiple honors including 3 Grammy Awards, (1) Best Traditional Gospel Recording "I Couldn't Hear Nobody Pray" in 1997, (2) Album of the Year for the O Brother Where Art Thou Soundtrack Recording in 2001, (3) Best Gospel Roots album Still Rockin' My Soul in 2016, and two Lifetime Achievement Awards. They were also inducted into the Gospel Music Hall of Fame in 1999.

Grammy Award winning, Charleston-based quintet Ranky Tanky performs timeless music born from the Gullah culture of the southeastern Sea Islands. Their debut album was featured on NPR’s Fresh Air with Terry Gross and NBC’s TODAY show. It also soared to the #1 position on the Billboard, Amazon, and iTunes Jazz Charts. Playful game songs, ecstatic shouts, and heartbreaking spirituals can all be found on their latest release Good Time, which also offers the group’s first original songs inspired by Gullah tradition.

Presented as part of American Byways.