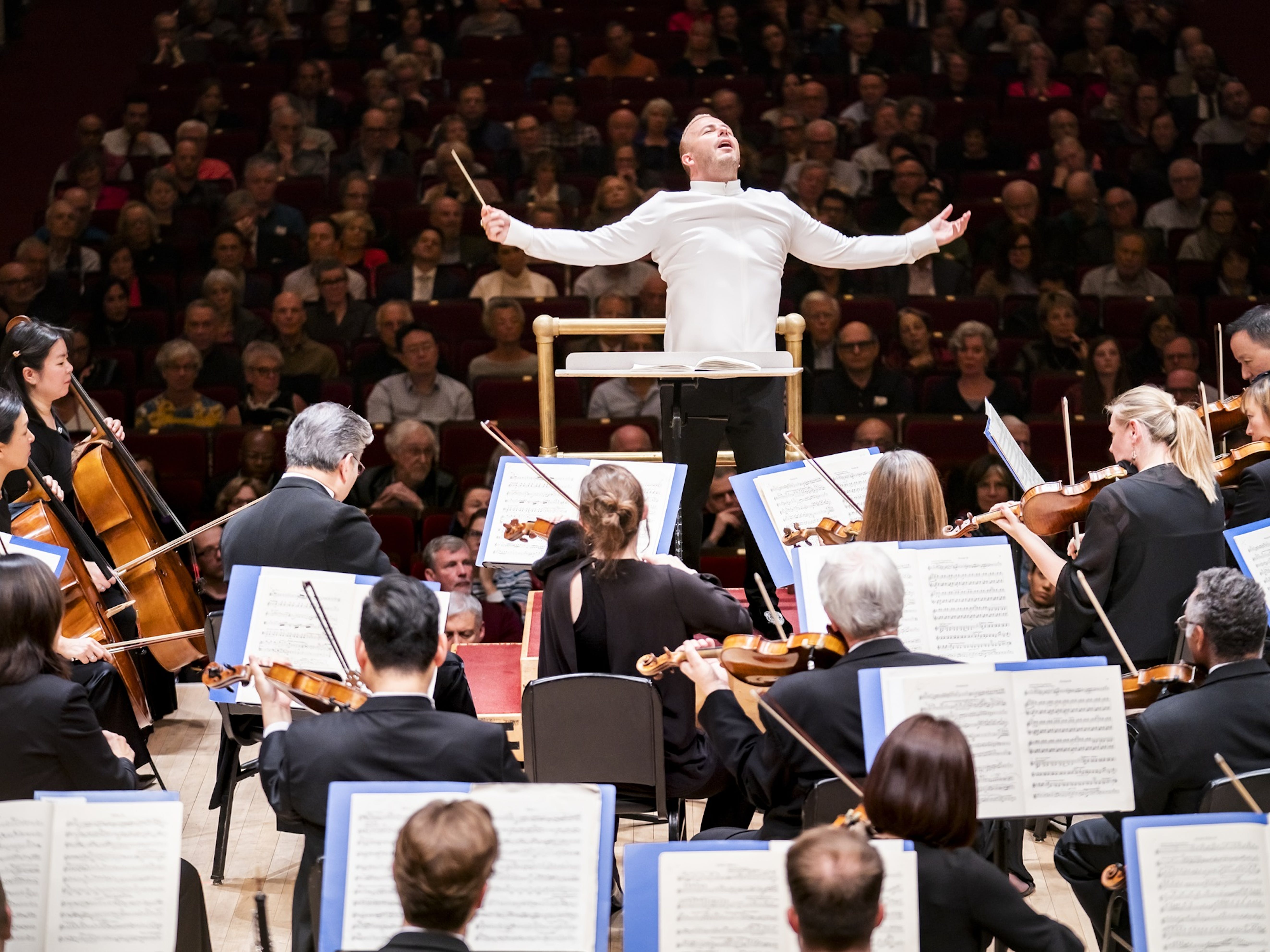 (New York, NY, March 9, 2020)—This spring, Carnegie Hall’s season-long Beethoven celebration continues with a vibrant series of events featuring the complete Beethoven symphony cycle with Yannick Nézet-Séguin and The Philadelphia Orchestra, the complete piano sonatas by nine leading artists, and the complete string quartets by Quatuor Ébène, as well as workshops, lectures, and more. Beyond Carnegie Hall, public programming and events, including music, dance, exhibitions, and lectures at prestigious partner organizations across New York City highlight the many dimensions of the great music master. Together, the Beethoven celebration features more than 70 programs, creating an extraordinary view of this revolutionary composer.

In speaking of these upcoming performances with the orchestra, Mr. Nézet-Séguin said, “I’m curious what the cycle will teach me this time about countless details in my own life, but also about the struggles Beethoven had with authority, with the political climate of his own day. Through music, he made strong statements about unity and brotherhood/sisterhood that still vividly resonate today—perhaps even more so than when he composed these works.”

The four-concert cycle kicks off on March 13 with symphonies nos. 5 and 6, “Pastoral.” The cycle continues on March 20 with symphonies nos. 2 and 3, “Eroica,” with a pre-concert talk at 7:00 p.m. with Ara Guzelimian, Provost and Dean of The Juilliard School; On March 26, the orchestra performs symphonies nos. 4, 7, and 8 and the cycle culminates with symphonies nos. 1 and 9 on April 3. The soloists for the Ninth Symphony include soprano Angel Blue, mezzo-soprano Mihoko Fujimura, tenor Rolando Villazón, and baritone Quinn Kelsey alongside the Westminster Symphonic Choir under the direction of Joe Miller. There is a pre-concert talk at 7:00 p.m. with Harvey Sachs, author of The Ninth: Beethoven and the World in 1824. Maestro Nézet-Séguin also leads The MET Orchestra in a program on June 12 that features virtuoso superstar Anne-Sophie Mutter in Beethoven’s groundbreaking Violin Concerto and Romance for Violin and Orchestra in F Major. These five Beethoven celebration performances are part of conductor Yannick Nézet-Séguin’s nine-concert Perspectives series this season.

The Beethoven piano sonata cycle continues in Stern Auditorium / Perelman Stage with Sir András Schiff on April 2 and 5. The first evening’s program features piano sonatas nos. 12; 13, "quasi una fantasia;" 14, "Moonlight;" and 15, "Pastoral." The second recital includes piano sonata nos. 24 and 25—both written during Austria’s struggles with Napoleon; and nos. 27 and 28—among the crown jewels of the composer’s late career—as well as No. 26, "Les adieux.” On April 7, Mitsuko Uchida gives a recital of Beethoven’s epic masterpiece Thirty-Three Variations on a Waltz by Diabelli, Op. 120; Yefim Bronfman performs sonatas nos. 5, 6, and 7, as well as No. 23 “Appassionata,” which Beethoven wrote as he was wrestling with deafness, on April 21; Igor Levit makes his Stern Auditorium / Perelman Stage recital debut on May 5, performing sonatas nos. 9; 10; 11; and 29, "Hammerklavier;" Emanuel Ax’s recital on May 14 features a program that includes Beethoven’s early piano sonatas nos. 1, 2, and 3, as well as Bagatelle in A Minor, WoO 59, "Für Elise;" Six Variations on an Original Theme in F Major, Op. 34. On May 17; Maurizio Pollini—whose mastery of Beethoven’s music has been a cornerstone of his career—will bring to life sonatas nos. 30–32; and Evgeny Kissin closes out the cycle on May 27 with sonatas nos. 8, "Pathétique;" 17, “The Tempest;” and 21, “Waldstein;” along with Fifteen Variations and a Fugue on an Original Theme in E-flat Major, Op. 35, "Eroica Variations."

Complete String Quartets with Quatuor Ébène
The charismatic French ensemble Quatuor Ébène performs Beethoven’s complete string quartets across six concerts—spanning early quartets inspired by Haydn’s masterworks to late ethereal works that influenced composers from Brahms to Bartók—in Zankel Hall, April 17–19 and 30 and May 1 and 2. The group, which is celebrating its 20th anniversary in 2020, is performing these works around the world, a journey from April 2019 to January 2020 during which they will give 40 concerts in 18 countries across six continents.

Additional Beethoven Celebration Events at Carnegie Hall
Carnegie Hall Debs Composer’s Chair Jörg Widmann—one of the most enthralling composers of our day—speaks about his fascination with Beethoven and his musical responses to the great master in a program entitled The Widmann Lectures: Thoughts on Beethoven in Weill Recital Hall on March 29.

New Yorkers of all ages will take the Zankel Hall stage on April 5 for All Together: Songs for Joy, a special evening that marks the culmination of a citywide creative learning project featuring original music in multiple genres inspired by a new adaptation of Friedrich Schiller’s “Ode to Joy” by former US Poet Laureate Tracy K. Smith. The concert will also feature celebrated mezzo-soprano and Perspectives artist Joyce DiDonato and members of Ensemble Connect conducted by James Ross. All Together: Songs for Joy is part of an ambitious yearlong project All Together: A Global Ode to Joy.

Highlights of Beethoven Celebration Partner Events Citywide from March through May include:

For a full schedule and details about Beethoven celebration events at Carnegie Hall and partner organizations, click here.