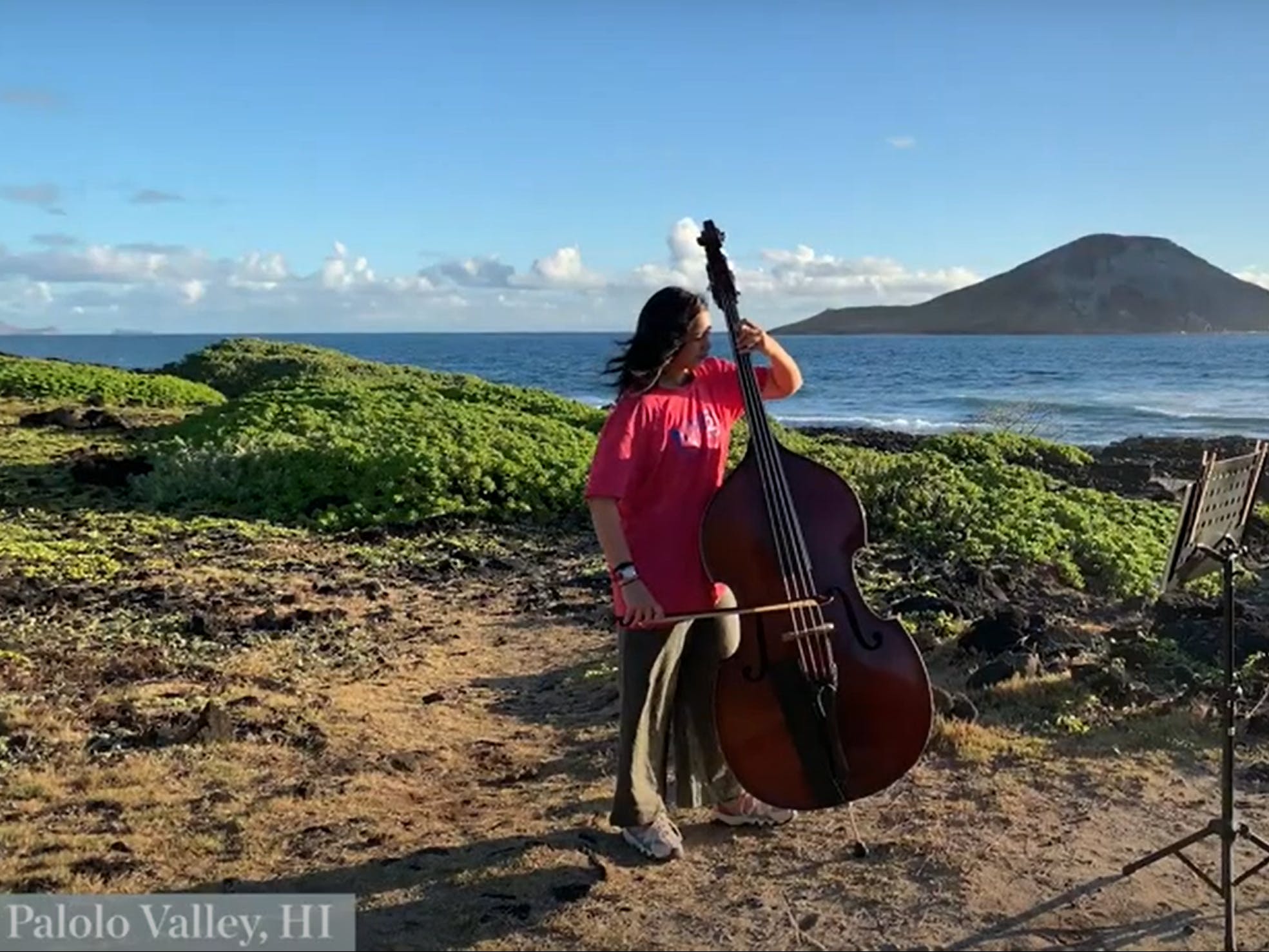 (September 16, 2020; NEW YORK, NY)— More than 200 outstanding teen musicians—hailing from 41 states across the US—came together in July 2020 as an online virtual community to form three top-notch musical ensembles: the National Youth Orchestra of the United States of America (NYO-USA), NYO2, and NYO Jazz. The annual summer training residency of Carnegie Hall’s three national youth ensembles shifted to an all-digital programming format in summer 2020 in light of the effects of COVID-19.

During the two-week online residency, the musicians took part in a wide array of virtual musical experiences including private lessons and sectional classes, exploration of major musical works within their full ensemble, discussion-led panel conversations, mentoring, and much more. Under the direction of Orchestra Director James Ross and Resident Conductor Joseph Young, NYO-USA and NYO2 explored musical masterworks, including Stravinsky’s The Rite of Spring and Rachmaninoff’s Symphonic Dances. Artistic Director and Bandleader Sean Jones led NYO Jazz in preparation for the virtual world premiere in September of a new work, Fête dans la Tête, by John Beasley, commissioned especially for NYO Jazz. These virtual performance video projects will be released later this fall.

The young musicians also had the opportunity to participate in a range of sessions with special guests, including a question and answer session with acclaimed trumpeter, bandleader, and educator Wynton Marsalis, which is available to stream on the NYO-USA YouTube channel; a digital workshop with four-time Grammy Award-winning multi-instrumentalist, composer, and producer Jacob Collier; a listening party with conductor Mei-Ann Chen; a panel discussion on gender in jazz; an improvisation workshop with interactive performer Nick Demeris; a movement workshop with dancer Terese Capucilli from The Juilliard School; and an exploration of new music with celebrated composer Sean Shepherd. As part of the inspiring NYO community, the players also had the chance to engage in sessions with the Fellows of New World Symphony and peer advisory activities with NYO program alumni, participating in workshops on essential music skills and career building, gaining insight into the life of a professional musician.

2021 applications are now available for NYO-USA, NYO2, and NYO Jazz, each ensemble designed to nurture and showcase the talents of exceptional young American instrumentalists. Classical and jazz musicians (ages 14-19) are invited to apply for the summer 2021 programs, which include an intensive two-week training residency led by a stellar faculty comprised of leading players from America’s top professional orchestras and esteemed jazz players as well as performance opportunities with world-class guest artists. The programs are free-of-charge for all participants.

In Summer 2021, NYO-USA (for ages 16-19) will be led by conductor, Sir Andrew Davis, who has served as Music Director and Principal Conductor of the Lyric Opera of Chicago since 2000. Over his 40-year career, he has conducted at the world’s finest symphonic and opera institutions. Conductor Mei-Ann Chen will join this summer as Guest Conductor for NYO2, a sister ensemble for younger teens (for ages 14-17) which has a particular focus on attracting talented students from groups underserved by and underrepresented in the classical orchestral field. Mei-Ann Chen has led more than 110 of the world’s finest orchestras, including the MacArthur Award-winning Chicago Sinfonietta which she has led as Music Director since 2011.

Artistic Director and Bandleader Sean Jones returns for the fourth year to lead NYO Jazz (for ages 16-19). Sean Jones has played as lead trumpeter of the Jazz at Lincoln Center Orchestra led by Wynton Marsalis and is prominently featured in many recordings from leading jazz artists such as Illinois Jacquet, Frank Foster, Nancy Wilson, Dianne Reeves, and Marcus Miller. He is an internationally recognized educator and is the Richard and Elizabeth Case Chair in Jazz Studies at The John Hopkins University’s Peabody Institute in Baltimore, Maryland.

Additional details regarding NYO tours, guest artists, and performance opportunities will be announced later in the 2020-21 season.

Each summer, Carnegie Hall’s Weill Music Institute brings together extraordinary teen classical and jazz musicians from across the country to form its highly-acclaimed national youth ensembles. Following a highly selective audition process and two-week training residency at Purchase College, State University of New York with faculty made up of principal players from top professional orchestras and leading jazz masters, these remarkable teenagers perform at Carnegie Hall and embark on tours to some of the great music capitals around the world, serving as dynamic music ambassadors.

Since launching the National Youth Orchestra of the United States of America (ages 16-19) in 2013, Carnegie Hall has built on the program’s success by introducing two additional ensembles. These include NYO2, a sister ensemble for younger teens (ages 14-17) in 2016, and NYO Jazz in 2018. Each of these highly-selective programs—free to all participants—is dedicated to the proposition that talented young musicians thrive when they have the opportunity to expand their musical, social, and cultural horizons and share their artistry with audiences around the globe. Since the program’s inception in 2013, the ensembles have performed in leading concert halls in 15 countries around the world, thrilling audiences across Europe, North America, South America, and Asia, collaborating with internationally-renowned conductors and guest soloists.

Major support for NYO2 is provided by Sarah Billinghurst Solomon and Howard Solomon, and Joyce and George Wein Foundation, Inc.

Public support is provided by the National Endowment for the Arts. .

Major support has been provided by the Doris Duke Charitable Foundation and Clive and Anya Gillinson, Sarah Billinghurst Solomon and Howard Solomon, and Joyce and George Wein Foundation, Inc.

Additional support has been provided by Sarah Arison, and Bank of America.