Live With Carnegie Hall Series Continues in December with Episodes Curated by Marin Alsop & Michael Feinstein, A Musical Tribute to Members of the Medical Community, and a Celebration of the New York String Orchestra 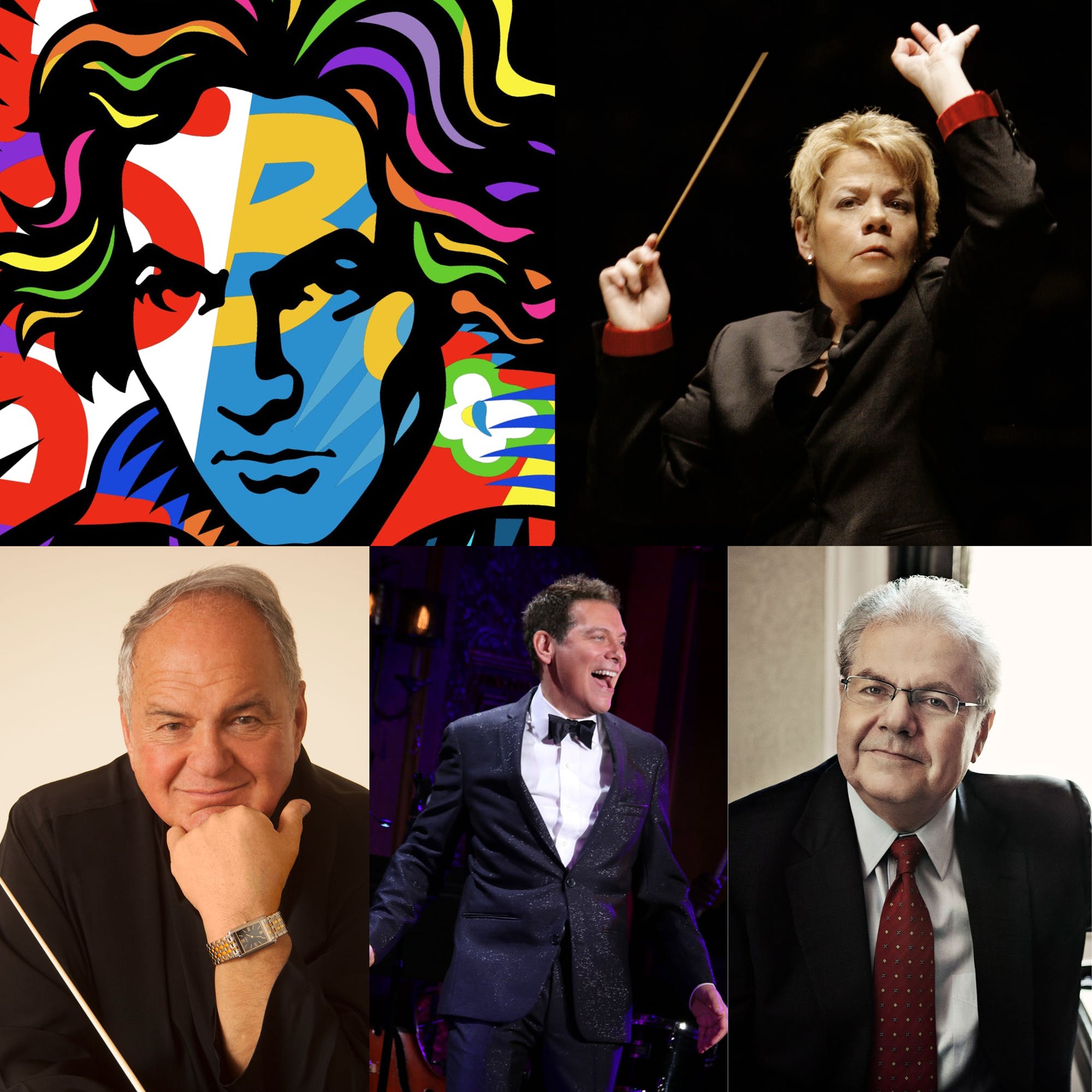 On Thursday, December 3 at 7:30 PM EST Carnegie Hall invites viewers to a celebration of Beethoven’s 250th birthday in a program focusing on the “Ode to Joy” from the composer’s Ninth Symphony. Originally scheduled to lead a yearlong project with performances of the Ninth Symphony across six continents, conductor Marin Alsop has transformed this celebration into the digital Global Ode to Joy, inviting organizations, artists, and people worldwide to share videos that inspire joy online. Along with Alsop, this special Live with Carnegie Hall program includes violinist and president of Beethoven-Haus Bonn Daniel Hope and former US poet laureate Tracy K. Smith, plus performances by Joyce DiDonato with Yannick Nézet-Séguin, and the Stay At Home Choir with the Vienna Radio Symphony Orchestra.

On Thursday, December 10 at 7:30 PM EST, Michael Feinstein hosts an evening of classic crooner songs. Filmed at Vitello’s—his 1940s-style club in California—Feinstein performs favorites from the Great American Songbook and jazz standards made famous by the likes of Frank Sinatra, Nat King Cole, Mel Tormé, and others.

On Thursday, December 17 at 7:30 PM EST, Carnegie Hall pays tribute to the medical community working on the frontlines in the fight against COVID-19, doing everything possible to keep the world healthy. When they are not in hospitals or research labs, many medical professionals find creative outlet as gifted musicians, longing for the day when we can all enjoy live concerts together again. This episode provides a platform for these modern-day heroes to showcase their musical talents, including a special performance by the National Virtual Medical Orchestra and a guest appearance by violinist Joshua Bell.

For more than 50 years, performances by the New York String Orchestra have been a Christmas Eve tradition at Carnegie Hall. In keeping with that legacy, on Thursday, December 24 at 7:30 PM EST, pianist Emanuel Ax hosts a tribute to the New York String Orchestra seminar which annually brings together talented young string players from across the country under the direction of Jaime Laredo. The episode revisits past performances and goes behind the scenes as this year’s seminar goes online.

Throughout this fall, online audiences have had the opportunity each Wednesday to hear musical insights directly from some of the world’s leading artists through a new video series highlighting excerpts from the rich catalogue of master classes for emerging artists presented by Carnegie Hall’s Weill Music Institute (WMI). These programs are part of Learn with Carnegie Hall, a collection of online series that shares a range of WMI programming created for families, educators, and young musicians, exploring the power of music to spark growth, curiosity, and connection.

Rounding out the fall master class series, four-time Grammy Award-nominated jazz pianist Gerald Clayton hosts and leads an episode devoted to jazz piano on Wednesday, December 2 at 2PM EDT. The program will feature clips from the virtual workshop in which Clayton works with Seth Finch, Miles Lennox, and Hannah Mayer, three alumni from NYO Jazz, Carnegie Hall’s premier summer program for gifted young jazz musicians. As part of the program, Clayton will work with the musicians on a mix of jazz standards and original compositions. For more information on workshops and masterclasses, please click here.

In December, viewers will also hear from musicians who have been a part of Carnegie Hall’s three top-notch musical ensembles: the National Youth Orchestra of the United States of America (NYO-USA), NYO2, and NYO Jazz. In summer 2020, the annual summer training residency of the Hall’s three national youth ensembles shifted to an all-digital format during which these outstanding teen musicians—hailing from 41 states across the US—recorded a range of lively virtual performances, directed by Emmy Award-winner Habib Azar.

The series continues on Wednesday, December 23 at 2PM EST with an episode featuring performances from the musicians of NYO-USA and NYO2, hosted by Sarah Willis, horn player from the Berliner Philharmoniker, who will be joined by alumni from each ensemble. The concert will feature musical masterworks performed by the NYO-USA musicians including selections from Stravinsky’s The Rite of Spring and Valerie Coleman’s Umoja as well as a unique adaptation of Grieg’s Morning Mood from Peer Gynt Suite No. 1 and excerpts from Rachmaninoff’s Symphonic Dances performed by the musicians of by NYO2. Ms. Willis joined Learn with Carnegie Hall earlier this year, hosting a brass orchestral master class, now available for on-demand viewing.

Past Learn with Carnegie Hall programs have included master classes, Musical Explorers for families, and concerts featuring the Hall’s Lullaby Project and Musical Connections programs. Throughout the COVID pandemic, the Hall has also continued to serve hundreds of thousands of people around the globe by pivoting most of its extensive music education and social impact programs to digital platforms, creating innovative initiatives designed to engage with families, educators, community members, and aspiring young musicians at home.