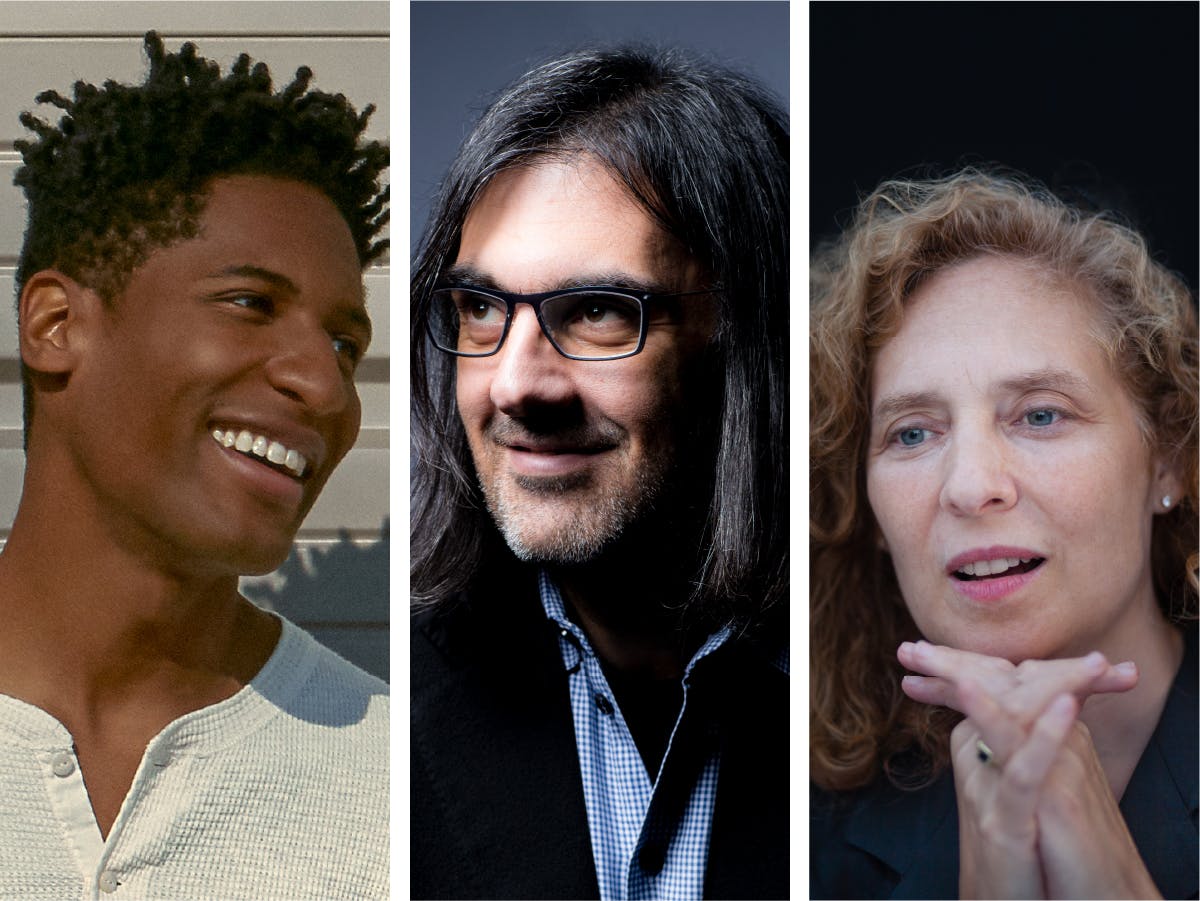 (For Immediate Release: June 8, 2021, NEW YORK)—Carnegie Hall today announced programming for its 2021–2022 season, sharing plans to reopen its landmark concert venue to the general public in October 2021. The new season will consist of more than 100 performances presented on Carnegie Hall’s three stages and across New York City, plus a wide range of music education and social impact programming created by the Hall’s Weill Music Institute. Presented from October through June, the season will include appearances by many of the world’s greatest artists and ensembles encompassing classical, jazz, and popular music.


Programming highlights include exciting Perspectives series curated by two renowned artists—pianist and composer Jon Batiste and violinist Leonidas Kavakos; and the appointment of MacArthur Fellow and Pulitzer Prize-winning composer Julia Wolfe to hold the Richard and Barbara Debs Composer’s Chair. The Hall’s next citywide festival—Afrofuturism—will take place in February–March 2022 with festival programming to be created by Carnegie Hall and leading cultural organizations from New York City and beyond.

“As we announce our plans for the 2021–2022 season, I feel enormously grateful for the strength and resilience of our entire Carnegie Hall family who has stood steadfast through these incredibly challenging times—serving audiences and the mission of the Hall, seeking to find new ways to make a difference, and keeping people connected through music,” said Clive Gillinson, Carnegie Hall’s Executive and Artistic Director. “Given the road that we’ve traveled, we are especially excited to share this new season. It is rooted in the Hall’s legacy of presenting concerts by today’s finest performers, building on the Hall’s remarkable heritage, but always looking to the future. We will be exploring new works, rising talents, and visionary ideas. As we look to the future with great optimism, we are eager to welcome concertgoers back this fall to share in the irreplaceable experience of enjoying great music together.”

Carnegie Hall has been closed to the public since March 13, 2020 due to COVID-19. As New York City reopens and with general health conditions continuing to improve, the Hall is assessing whether further additions can be made to its fall concert schedule. Details about Carnegie Hall’s Opening Night Gala festivities in October and any other programming updates will be announced later this summer.

“Music and culture are fundamental to the life of this great city, and they will play a central role in helping to underpin our city’s recovery,” said Mr. Gillinson. “With the health and well-being of our concertgoers as a top priority, we feel it is vital that we do all we can to bring live music back as soon as possible.”

Curated concert series by three celebrated musicians are major programmatic focuses in 2021–2022. Oscar-winning composer, pianist, bandleader, and cultural ambassador Jon Batiste will curate a multiconcert Perspectives series showcasing his tremendous versatility as an artist, including performances at Carnegie Hall and at venues throughout New York City. The series will include the world premieres of two new works by Batiste, including his large scale, genre-melding American Symphony, commissioned by Carnegie Hall.

Julia Wolfe is holder of the Richard and Barbara Debs Composer’s Chair for the 2021–2022 season. At the center of Ms. Wolfe’s Carnegie Hall residency will be three Zankel Hall performances in spring 2022, featuring three of her seminal works that explore the theme of “unsung histories”—Steel Hammer, Cruel Sister, and Anthracite Fields—plus other musical selections.

From February–March 2022, Carnegie Hall will present its next citywide festival, inviting audiences to take a journey through the world of Afrofuturism, a thriving aesthetic movement that looks to the future and imagines alternate realities through a Black cultural lens, intersecting music, visual art, literature, politics, science fiction, and technology. The festival’s line-up, to be announced in fall 2021, will include concerts at Carnegie Hall that cross musical genres including jazz, funk, R&B, Afrobeat, hip-hop, electronic music, and more, plus thought-provoking events at more than 40 leading partner organizations across New York City and beyond.

Additional highlights of Carnegie Hall’s 2021–2022 season will include concerts by some of the finest orchestras from around the world including Valery Gergiev with both the Vienna Philharmonic Orchestra and Mariinsky Orchestra; Andris Nelsons with the Boston Symphony Orchestra; Yannick Nézet-Séguin with both The Philadelphia Orchestra and The MET Orchestra; and Franz Welser-Möst with The Cleveland Orchestra, plus four performances by the New York Philharmonic with Music Director Jaap van Zweden and conductor Susanna Mälkki in her Stern Auditorium / Perelman Stage debut, and the return to the Hall by the Royal Philharmonic Orchestra for the first time in 25 years, led by Music Director Vasily Petrenko. In addition, pianist Mitsuko Uchida continues her multi-year exploration of Mozart’s piano concertos with the Mahler Chamber Orchestra, leading the ensemble from the keyboard.

In March 2022, the Galilee Chamber Orchestra makes its Carnegie Hall debut with Music Director Saleem Abboud Ashkar in a concert that features violinist Joshua Bell. Founded in 2012, the ensemble is a program of Polyphony Education whose work aims to bridge the divide between Arab and Jewish communities in Israel through classical music education, performance, and dialogue.

In April 2022, the Gateways Music Festival Orchestra makes its Carnegie Hall debut under the direction of Michael Morgan with a program that includes the world premiere of a new work by Jon Batiste, who also appears as piano soloist. Based in Rochester, New York, Gateways Music Festival aims to connect and support professional classical musicians of African descent. Its Carnegie Hall concert will be the centerpiece of a four-day residency by Gateways musicians with events held throughout New York City.

Also featured in the 2021–2022 season will be a return visit this fall by the Sphinx Virtuosi, a chamber orchestra featuring alumni of the renowned Sphinx Competition; and the Hall’s traditional Christmas Eve concert with the New York String Orchestra conducted by Jamie Laredo.

In addition to new works by Jon Batiste and concerts curated by Debs Composer Julia Wolfe, contemporary music offerings next season include the New York premiere of Osvaldo Golijov’s Falling Out of Time, performed by members and collaborators of Silkroad Ensemble; as well as new works co-commissioned by Carnegie Hall, performed by Sō Percussion, American Composers Orchestra, Ensemble Connect, Kronos Quartet, and more.

Chamber music highlights include a Zankel Hall performance by the Danish String Quartet, launching their “Doppelgänger” project in which they will perform music by Schubert alongside new music specially co-commissioned by Carnegie Hall, DSQ, and others over the next four seasons; violinist Anne-Sophie Mutter and Friends perform a US premiere by Jörg Widmann plus works by Haydn and Beethoven; and siblings cellist Sheku Kanneh-Mason and pianist Isata Kanneh-Mason return in recital.

In a special highlight of the season: superstar violinist Anne-Sophie Mutter and legendary composer-conductor John Williams will present Across the Stars: The Music of John Williams, a gala evening of Williams’s beloved film music and his new violin concerto written for Ms. Mutter, performed with The Philadelphia Orchestra in a special one-night-only April concert benefitting Carnegie Hall.

Looking beyond the walls of the building and into the community, Carnegie Hall Citywide, a free concert series offered at venues in all five boroughs of New York City will kick off in summer 2021 and continue all season long. Partnering with local community organizations, the 2021–2022 Carnegie Hall Citywide season to be announced in late summer 2021 will include roughly 30 performances showcasing renowned artists and rising stars, representing all musical genres.

Carnegie Hall and WQXR FM in New York will partner for an eleventh consecutive year to produce Carnegie Hall Live, an engaging live radio broadcast and digital series featuring performances from throughout Carnegie Hall’s season. The full 2021–2022 broadcast schedule will be announced at a later date.

With today’s announcement of its 2021–2022 season, Carnegie Hall has also unveiled a new fresh look, reflective of the Hall’s magical and visionary spirit. Developed over the past two years in partnership with New York City-based Champions Design, the Hall’s new visual identity system includes a new logo inspired by the distinctive stained-glass lettering atop the poster cases outside the Hall. A new monogram to accompany the logo has been adapted from embossed lettering on an original beam of Carnegie steel that was discovered during the 2014 renovation of the Hall’s upper floors. For more information, visit carnegiehall.org.

Mastercard® is the Official Card of Carnegie Hall.