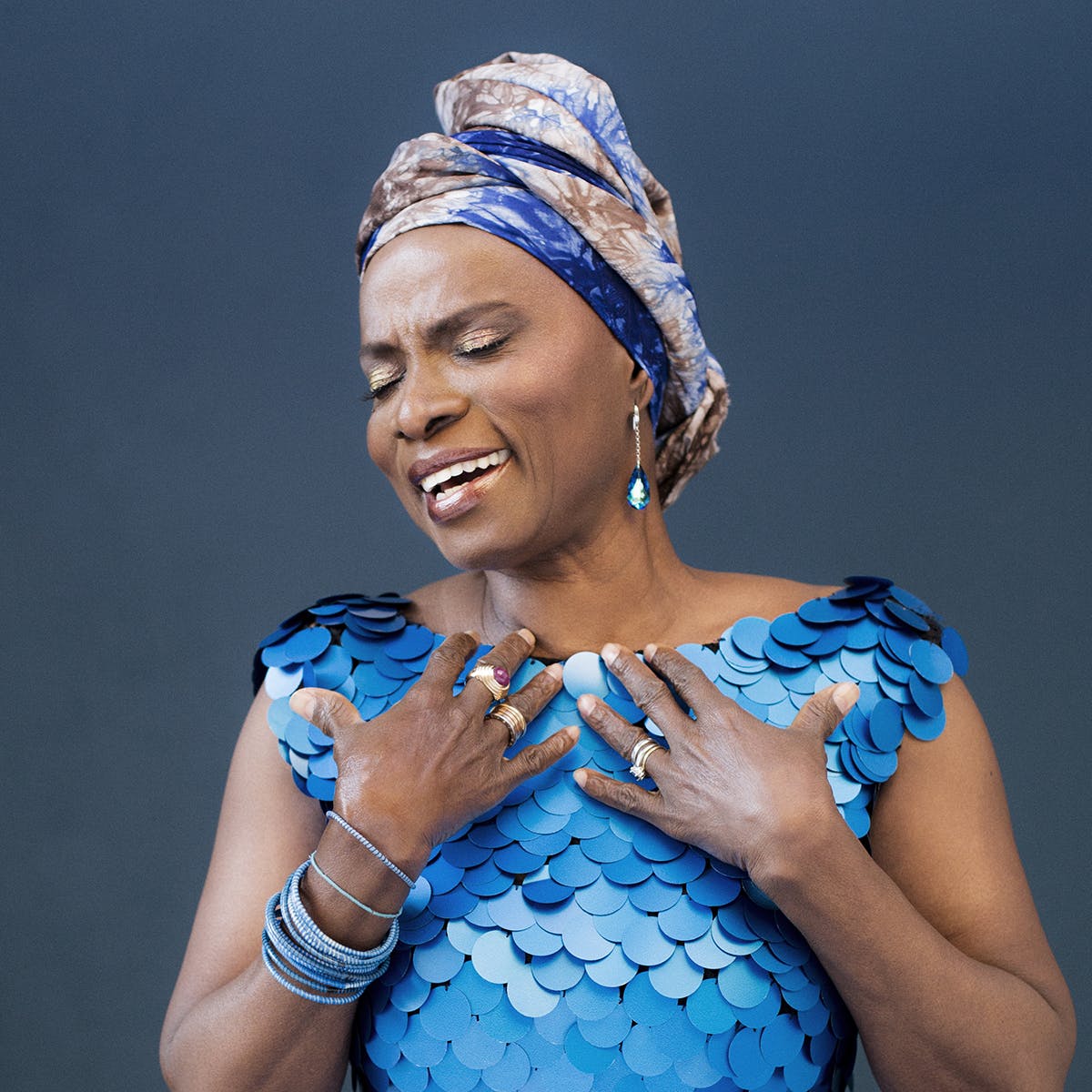 (October 15, 2021, NEW YORK, NY)— Carnegie Hall today announced an extraordinary line-up of guest artists who will join Angélique Kidjo on Friday, November 5 at 8:00 p.m. in Stern Auditorium / Perelman Stage. This one-of-a kind performance entitled Mother Nature: Songs For New York and the World Beyond will feature world renowned artists including Josh Groban, Andra Day, Cyndi Lauper, Philip Glass, EARTHGANG, and Ibrahim Maalouf. The program is a musical rallying cry for our planet, exploring the great importance of human beings to each other and to the natural world.

For this special evening, Kidjo, recently named among Time Magazine’s 100 Most Influential People, curates a program that draws from her latest album, Mother Nature, written and recorded while in quarantine during the COVID-19 pandemic. One of Kidjo’s most celebrated albums, Mother Nature prompted The New Yorker to deem her “a towering figure of cross-cultural music,” with Pitchfork describing the album as a “feast of the most sublime sounds found in the Black diaspora.” Through a diverse blend of West African music, American R&B, jazz, and funk, she asks us to honor Mother Nature and pays timely tribute to the resilient New Yorkers who make our city thrive. This will be Kidjo’s first headlining performance in New York City in over two years. She was previously set to perform the final concert of her Carnegie Hall Perspectives series in March 2020, just one day after the Hall closed due to the COVID-19 pandemic.

Angélique Kidjo’s performances over the past two decades have thrilled audiences and left an indelible mark on the history of Carnegie Hall. In 2014, she closed the Hall’s UBUNTU festival with a tribute to singer Miriam Makeba that inspired concertgoers—including Archbishop Emeritus Desmond Tutu—to rise to their feet and sing along. In 2017, Talking Heads lead singer David Byrne joined Kidjo on stage for her cover of the band’s hit “Once in a Lifetime” before she led a conga line that made its way throughout Stern Auditorium / Perelman Stage. Her Perspectives series throughout Carnegie Hall’s 2019–2020 season took audiences on a remarkable journey of African music and culture throughout the world with concerts curated by Kidjo.

Four-time Grammy Award winner Angélique Kidjo is one of the greatest artists in international music today, a creative force with fourteen albums to her name. Time magazine has called her "Africa's premier diva”; the BBC, Forbes magazine, and The Guardian have all highlighted her importance to the people of the African continent. She is the recipient of the 2015 Crystal Award given by the World Economic Forum in Davos, Switzerland, the 2016 Amnesty International Ambassador of Conscience Award, and the 2018 German Sustainability Award.

As a performer, her striking voice, stage presence and fluency in multiple cultures and languages have won respect from her peers and expanded her following across national borders. Kidjo has cross-pollinated the West African traditions of her childhood in Benin with elements of American R&B, funk and jazz, as well as influences from Europe and Latin America.

Angélique also advocates on behalf of children both a UNICEF and OXFAM Ambassador. She created her own charitable foundation, Batonga, dedicated to support the education of young girls in Africa.

Tickets, priced $34—$80, are available at the Carnegie Hall Box Office, 154 West 57th Street, or can be charged to major credit cards by calling CarnegieCharge at 212-247-7800 or by visiting the Carnegie Hall website, carnegiehall.org.

For Carnegie Hall Corporation presentations taking place in Stern Auditorium/Perelman Stage, a limited number of seats, priced at $10, will be available day-of-concert beginning at 11:00 a.m. Monday through Saturday and 12:00 noon on Sunday until one hour before the performance or until supply lasts with the exception of Weill Music Institute and gala events. These $10 tickets are available to the general public on a first-come, first-served basis at the Carnegie Hall Box Office only. There is a two-ticket limit per customer.

Please note: to support a safe reopening for in-person events and in accordance with the advice of medical and public health experts, all artists, visitors, and staff will be required to show proof of full vaccination against COVID19 with a vaccine approved by the World Health Organization (WHO) in order to enter Carnegie Hall. Currently we are unable to welcome attendees under the age of 12 who are not fully vaccinated. While inside Carnegie Hall, all guests must wear a properly fitting mask over their nose and mouth except when eating or drinking in designated areas.