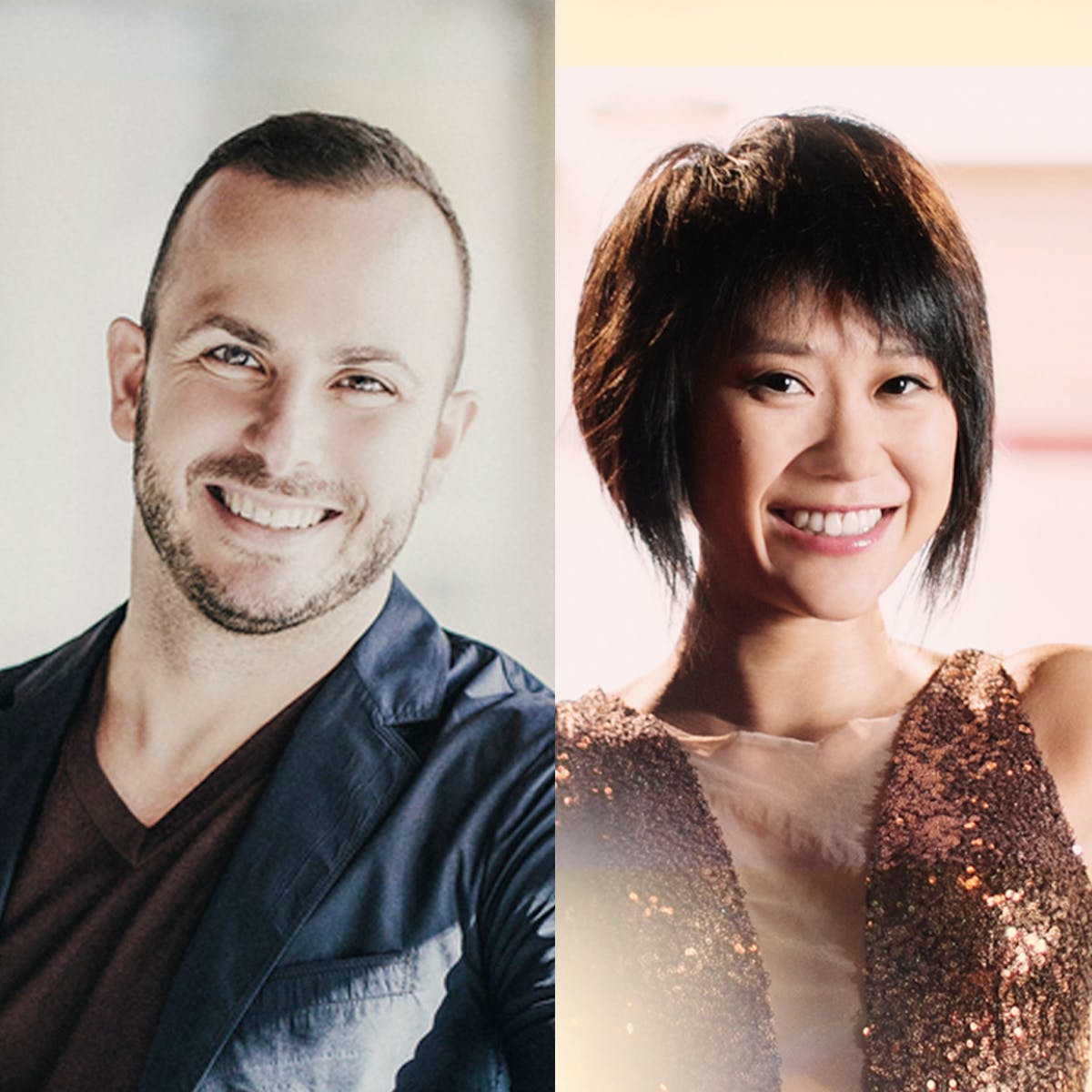 (October 5, 2021, NEW YORK, NY)— Carnegie Hall today announced that its Opening Night Gala concert on Wednesday, October 6 at 7:00 p.m. EST, will be webcast free of charge to a worldwide audience on carnegiehall.org, the Hall’s social media channels, and on partner sites. The festive evening— featuring The Philadelphia Orchestra under the baton of Yannick Nézet-Séguin and joined by renowned pianist Yuja Wang—launches Carnegie Hall’s 2021–2022 season and is the first performance in its famed Stern Auditorium / Perelman Stage following the Hall’s unprecedented 18-month closure due to the COVID-19 pandemic. This historic performance will also be shared broadly with music lovers everywhere via live webcasts by Carnegie Hall’s partners: medici.tv and philorch.org. Following the Hall’s opening, free replay of this concert webcast will be available on demand for a limited time.

Along with the webcast, Carnegie Hall’s Opening Night performance will also be heard live by listeners around the globe as part of the Carnegie Hall Live radio broadcast and digital series. Produced by WQXR and Carnegie Hall and hosted by WQXR’s Jeff Spurgeon and New Sounds’s John Schaefer, the concert will be broadcast by WQXR 105.9 FM in New York, streamed on wqxr.org and carnegiehall.org/wqxr.

Carnegie Hall’s Opening Night program will begin with a new work by Valerie Coleman titled Seven O’Clock Shout. Commissioned by The Philadelphia Orchestra, it is an anthem in response to COVID-19, honoring frontline workers and celebrating the strength of human connection even during times of isolation. Yuja Wang will join Maestro Nézet-Séguin and the Orchestra as soloist for Shostakovich’s Piano Concerto No. 2. The performance continues with Bernstein’s Overture to Candide followed by another topical Philadelphia commission—Iman Habibi’s Jeder Baum spricht—a rhapsodic reflection on the climate crisis written in dialogue with Beethoven’s music. The finale of this exciting event will be Beethoven’s Fifth Symphony.

Carnegie Hall has been closed to the public since March 13, 2020 due to COVID-19, the longest closure period in the Hall’s 130-year history. This Opening Night event launches a 2021–2022 season with more than 100 performances presented on Carnegie Hall’s three stages and across New York City, plus a wide range of music education and social impact programming created by the Hall’s Weill Music Institute. Presented from October through June, the season will include appearances by many of the world’s greatest artists and ensembles encompassing classical, jazz, and popular music.

About the Artists
Celebrated for her charismatic artistry and captivating stage presence, Beijing-born pianist Yuja Wang was encouraged to pursue music at an early age, starting piano lessons at the age of six and studying at Beijing’s Central Conservatory of Music. She moved to Canada in 1999 and became the youngest student ever enrolled at Mount Royal Conservatory. Ms. Wang was appointed as a Steinway Artist in 2001 and accepted a place at the Curtis Institute of Music to begin studying piano with Gary Graffman, the following year. After graduating from Curtis in 2008, she went on to become an exclusive Deutsche Grammophon recording artist, prompting Gramophone to name her as its 2009 Young Artist of the Year after the debut of her first album. The following year, Ms. Wang was awarded the prestigious Avery Fisher Career Grant. She earned a Grammy Award nomination for Best Classical Instrumental Solo for her 2011 recording of Rachmaninoff’s Piano Concerto No. 2 and Rhapsody on a Theme of Paganini with the Mahler Chamber Orchestra and Claudio Abbado, and was named Musical America’s Artist of the Year in 2017. Ms. Wang made her Carnegie Hall debut in 2009 and was a Carnegie Hall Perspectives artist in the 2018–2019 season.

Yannick Nézet-Séguin is currently in his tenth season as music director of The Philadelphia Orchestra and will lead the ensemble through at least the 2025–26 season, an extraordinary and significant long-term commitment. Additionally, he became the third music director in the history of New York’s Metropolitan Opera in August 2018. This consolidates his professional activity around two of the world’s pre-eminent artistic organizations, concentrating and honing his musical future.

Mr. Nézet-Séguin made his Carnegie Hall debut in 2012, leading The Philadelphia Orchestra in his inaugural season as music director and has since made regular appearances at the Hall, including as a Perspectives artist in the 2019–2020 and 2020–2021 seasons. He has been artistic director and principal conductor of Montreal’s Orchestre Métropolitain since 2000 and, in 2017, became the third-ever honorary member of the Chamber Orchestra of Europe. He is honorary conductor of the Rotterdam Philharmonic Orchestra, where he was chief conductor from 2008 to 2018, and enjoys close collaborations with leading orchestras as one of the most sought-after conductors in the world.

A native of Montreal, Mr. Nézet-Séguin studied piano, conducting, composition, and chamber music at the Conservatoire de musique du Québec and continued his studies with renowned conductor Carlo Maria Giulini; he also studied choral conducting with Joseph Flummerfelt at Westminster Choir College. Among his honors are an appointment as Companion of the Order of Canada, one of the country’s highest civilian honors; Musical America’s 2016 Artist of the Year; and honorary doctorates from the Université du Québec, Curtis Institute of Music, Westminster Choir College, McGill University, University of Pennsylvania, and Laval University.

Through concerts, tours, residencies, and recordings, the Orchestra is a global ambassador for Philadelphia and the United States. It performs annually at Carnegie Hall, the Saratoga Performing Arts Center in New York—a venue that was built for the Orchestra—and the Bravo! Vail Music Festival. The Orchestra began touring in the earliest days of its founding. It was the first American orchestra to perform in the People’s Republic of China in 1973, launching a now five decade-commitment of people-to-people exchange. Today, the orchestra has multi-year partnerships with the National Centre for the Performing Arts in Beijing, the Shanghai Media Group, ShanghaiTech University, and the Shanghai Philharmonic.

As part of its commitment to bringing classical music to audiences wherever they may be, the Orchestra returned to recording under Mr. Nézet-Séguin’s leadership with a CD on the prestigious Deutsche Grammophon label of Stravinsky’s The Rite of Spring and Leopold Stokowski transcriptions of works by Bach and Stravinsky. To date, there have been an additional ten releases, including Rachmaninoff’s Rhapsody on a Theme of Paganini and all four piano concertos with pianist Daniil Trifonov, Bernstein’s MASS, Mahler’s Symphony No. 8, and Florence Price’s Third and Fourth symphonies. These continue the Orchestra’s remarkable history in this area, having made its first recording in 1917 and amassing an enormous discography in the intervening years.

In March 2020, in response to the cancellation of concerts due the COVID-19 pandemic, the Orchestra launched the Virtual Philadelphia Orchestra, a portal hosting video and audio of performances, free, on its website and social media platforms. In September 2020 the Orchestra announced Our World NOW, its reimagined season of concerts filmed without audiences and presented on its Digital Stage. The Orchestra also inaugurated free offerings: HearTOGETHER, a series on racial and social justice; educational activities; and small ensemble performances from locations throughout the Philadelphia region.

A limited number of Opening Night concert-only tickets—priced at $68 to $225—are currently available at the Carnegie Hall Box Office by calling CarnegieCharge at 212-247-7800, or online at carnegiehall.org.

The health and safety of all is Carnegie Hall's top priority. All ticketholders entering Carnegie Hall are required to show proof of full vaccination against COVID-19 with a vaccine approved by the World Health Organization. Please see here for more information. While inside, all guests must also wear a properly fitting mask except when eating or drinking in designated areas.