Newly-launched SVOD channel features
extensive collection of new and historic
full-length classical music concerts,
operas, ballets, and documentaries, plus
offerings for families and music lovers of all ages,
all presented with state-of-the-art video
and audio quality 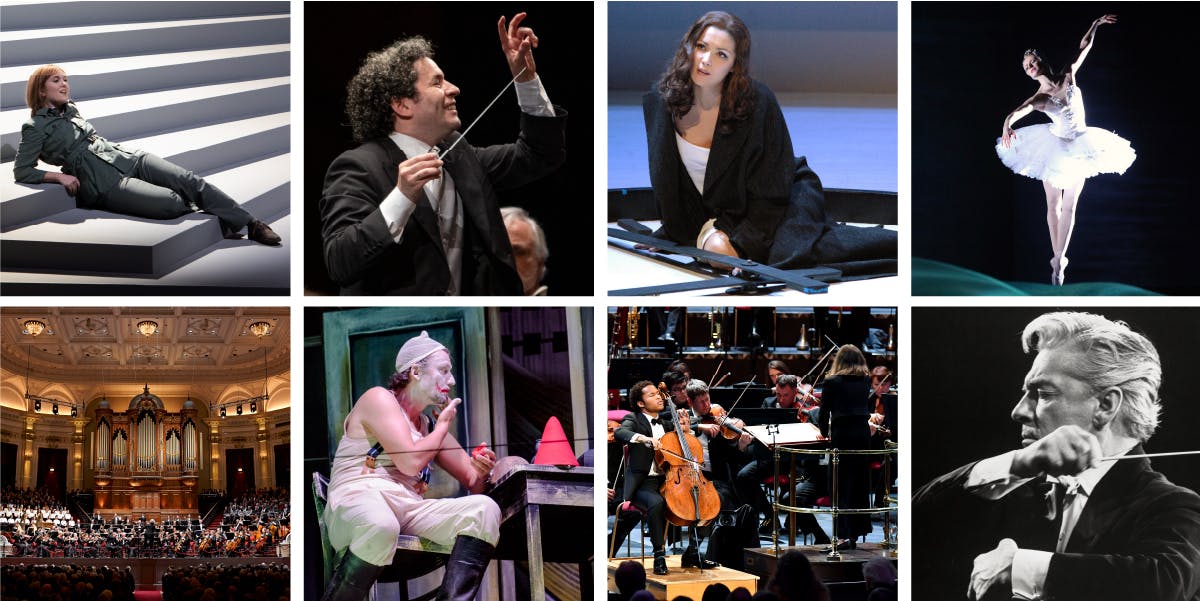 (For Immediate Release: December 8, 2021, NEW YORK)—Available in the United States and internationally starting today on the Apple TV app, Carnegie Hall is excited to introduce Carnegie Hall+, a new premium subscription video on-demand channel (SVOD), curated by Carnegie Hall, that offers instant access to unforgettable performances by celebrated artists from renowned stages all around the world.

Aligned with Carnegie Hall’s mission to bring the transformative power of music to the widest possible audience, it is the first premium subscription on-demand channel of its kind established by an American performing arts institution.

With many programs offered exclusively on Carnegie Hall+ and most available in the United States for the first time, the newly-launched premium SVOD channel features an extensive range of performances by legendary stars of today and yesterday, from many of the finest concert halls, opera houses, and festivals in the world. The channel line-up includes new and historic full-length classical music concerts, operas, ballets, artist portraits, music documentaries, and offerings for families—with selections made by Carnegie Hall.

In its initial launch phase, Carnegie Hall+ is available to music lovers in the US and 60 territories worldwide as a premium channel on the Apple TV app. Beginning today, US customers can sign up for a seven-day free trial and subscribe directly to Carnegie Hall+ on the Apple TV app for $7.99 per month. The channel will soon expand into other Apple TV territories and languages. It will become available on additional service providers during 2022 and beyond.

Unitel has worked with artists for more than half a century to capture landmark performances and productions utilizing the latest available technology. Given Unitel’s long-standing emphasis on quality, Carnegie Hall+ enables viewers to create an optimal home theater experience, offering state-of-the-art video and audio formats with all presentations offered in high-definition (HD) and newer programs available in 4K Ultra HD (4K UHD) and Dolby Atmos.

Programming drawn from the world of theater and film includes Bernstein on Broadway—a magical concert featuring the Melbourne Symphony led by Bramwell Tovey—musically capturing Bernstein’s love of New York City with songs from “Wonderful Town,” “On the Town,” “West Side Story,” and more.

In addition, Hollywood in Vienna: A Tribute to Danny Elfman pays tribute to one of the world’s most accomplished film composers with the ORF Vienna Radio Symphony Orchestra, led by James Shearman and John Mauceri, performing Elfman’s musical gems from the big screen including selections from “The Lion King,” “The Nightmare Before Christmas,” and “La La Land.”

As the channel develops, new digital presentations from Carnegie Hall as well as historic offerings such as selections from Leonard Bernstein’s Young People’s Concerts will be added. All programs will include English subtitles (where needed) as well as closed captioning.

Beginning today, customers can sign up for a seven-day free trial and subscribe directly to Carnegie Hall+ on the Apple TV app for $7.99 per month (prices may vary by country).