KELLI O’HARA REPLACES LAURA BENANTI AS SOLOIST WITH
THE NEW YORK POPS FOR BACK HOME FOR THE HOLIDAYS ON
FRIDAY, DECEMBER 17

Ms. Benanti Has Withdrawn from the Program
Due to Family Exposure to COVID-19 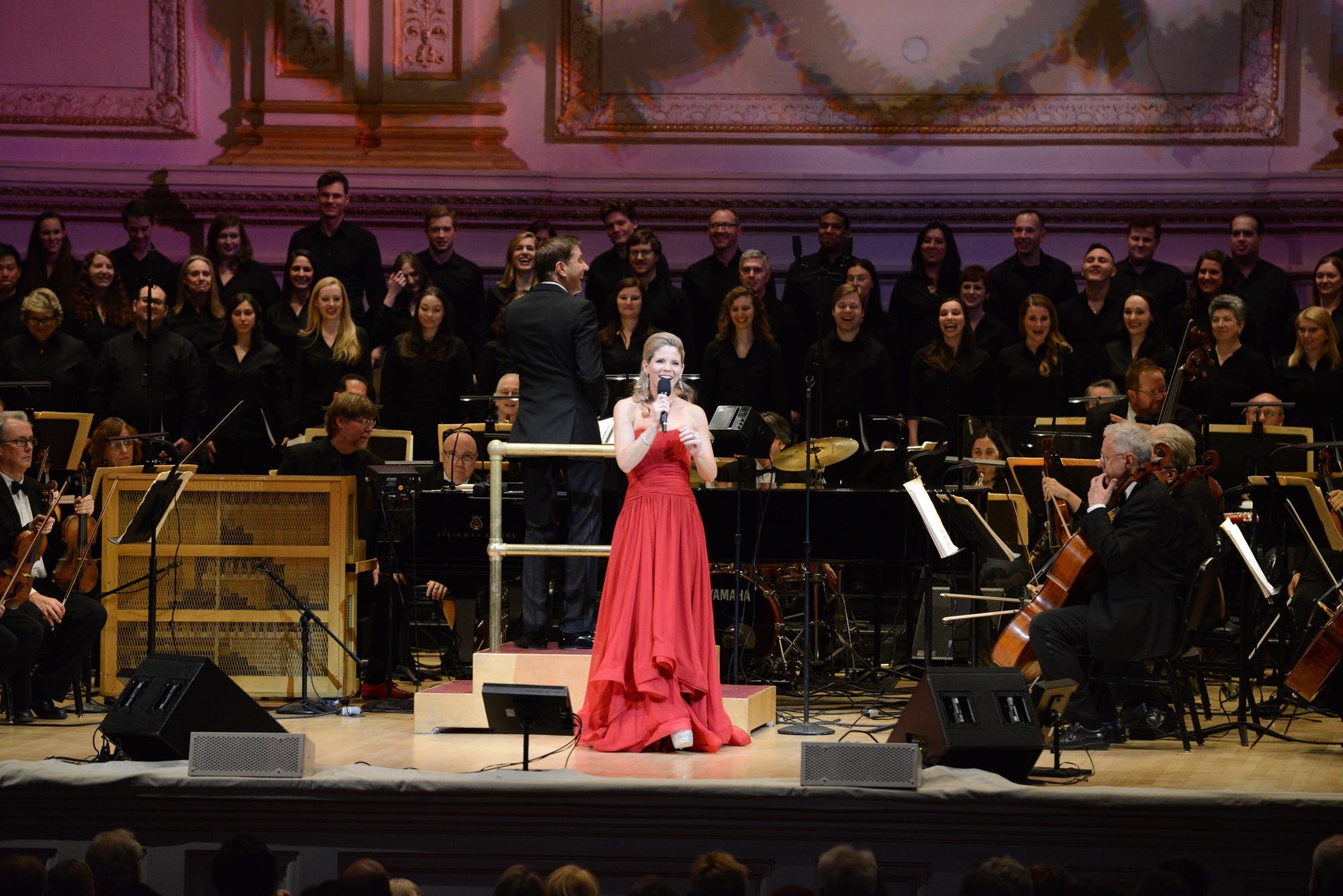 (New York, NY, December 14, 2021)— Carnegie Hall today announced that Tony Award winner Kelli O’Hara has agreed to step in as soloist with The New York Pops on Friday, December 17 at 8:00 p.m. She replaces the previously announced Laura Benanti who has withdrawn from the event due to an exposure to COVID-19 in her family. The festive program, led by New York Pops Music Director Steven Reineke includes traditional carols and contemporary classics. For ticket information, the public may contact CarnegieCharge at 212-247-7800.

Kelli O'Hara, star of stage and screen, has established herself as one of Broadway's greatest leading ladies. Her portrayal of Anna Loenowens in The King and I garnered her the 2015 Tony Award for Best Leading Actress in a Musical, along with Grammy, Drama League, Outer Critics and Olivier nominations. She reprised the role while making her West End debut, and performed a limited engagement at Tokyo's Orb Theatre. Kelli also received an Emmy Award nomination for her portrayal of Katie Bonner in the hit web series, The Accidental Wolf. Other film and television credits include: Season 2 of Netflix's 13 Reasons Why, All the Bright Places, Peter Pan Live!, Sex & The City 2, Martin Scorsese's The Key to Reserva, Showtime's Master of Sex, The Good Fight, Blue Bloods, N3mbers, and the animated series Car Talk. Other Broadway credits include Kiss Me Kate (Tony, Drama League, OCC nominations), The Bridges of Madison County (Tony, Drama Desk, Drama League, OCC nominations), Nice Work if You Can Get It (Tony, Drama Desk, Drama League, OCC nominations), South Pacific (Tony, Drama Desk, OCC nominations), The Pajama Game (Tony, Drama Desk, OCC nominations), The Light in the Piazza (Tony, Drama Desk nominations), Sweet Smell of Success, Follies, Dracula, and Jekyll & Hyde. She was awarded the prestigious Drama League's Distinguished Achievement in Musical Theatre Award in 2019. In 2015, she made her Metropolitan Opera debut in Lehar's The Merry Widow opposite Renee Fleming and returned as Despina in Mozart's Cosi fan tutte. Her concerts have gained international acclaim, spanning from Carnegie Hall to Tokyo. She is a frequent performer on PBS's live telecasts, The Kennedy Center Honors and performs often alongside the New York Philharmonic. Along with her two Grammy Award nominations, her solo albums, Always and Wonder in the World, are available on Ghostlight Records. Upcoming, Kelli can be seen in HBO's new series The Gilded Age and will return to her Emmy Award-nominated role of Katie Bonner in the second season of The Accidental Wolf. .

Back Home for the Holidays

Sponsored by Mastercard, the Official Card of Carnegie Hall

Tickets, priced at $47–$145, are available at the Carnegie Hall Box Office, 154 West 57th Street, or can be charged to major credit cards by calling CarnegieCharge at 212-247-7800 or by visiting the Carnegie Hall website, carnegiehall.org.

Please note: to support a safe reopening for in-person events and in accordance with the advice of medical and public health experts, all artists, visitors, and staff will be required to show proof of full vaccination against COVID-19 with a vaccine approved by the World Health Organization (WHO) in order to enter Carnegie Hall. While inside Carnegie Hall, all guests must wear a properly fitting mask over their nose and mouth except when eating or drinking in designated areas.
# # #