Program Features
Kian Soltani as Soloist in
Elgar’s Cello Concerto,
Plus Works by Britten and Holst 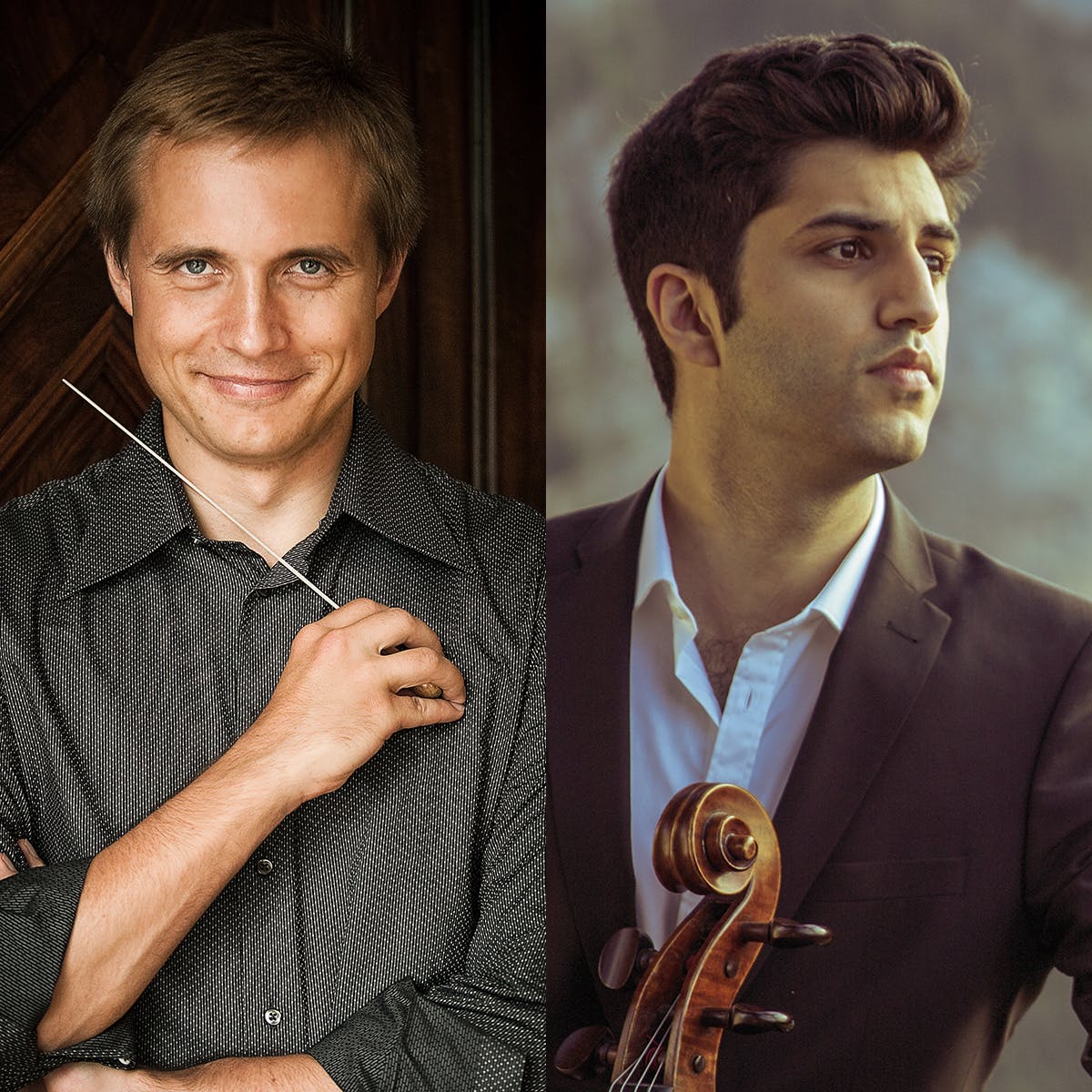 (New York, NY)—For the first time in 25 years, the Royal Philharmonic Orchestra (RPO) returns to Carnegie Hall, led by Music Director Vasily Petrenko, on Monday, January 31, 2022 at 8:00 p.m. Maestro Petrenko—who began his tenure with the orchestra this season—received acclaim for his 2019 Carnegie Hall debut when he stepped in as a last minute replacement for Mariss Jansons with the Bavarian Radio Symphony Orchestra. The RPO’s all-English program features Elgar’s Cello Concerto with Kian Soltani; Britten’s Four Sea Interludes from Peter Grimes; and Holst’s The Planets, with members of the Manhattan School of Music Symphonic Chorus, led by Kent Tritle. Since 1950, the orchestra has performed at Carnegie Hall more than 20 times, with its most recent performance in 1997.

Equally at home in the opera house, and with over 30 operas in his repertoire, Vasily Petrenko made his debuts in 2010 at Glyndebourne Festival Opera (Macbeth) and the Opéra de Paris (Eugene Onegin), and in recent seasons has also conducted at the Mikhailovsky Theatre, Zürich Opera and Bayerische Staatsoper. In the 2019-2020 season, he made his debut at The Metropolitan Opera with a production of The Queen of Spades.

As the Royal Philharmonic Orchestra (RPO) celebrates its seventy-fifth anniversary, its mission to enrich lives through orchestral experiences that are uncompromising in their excellence and inclusive in their appeal, places the RPO at the forefront of musicmaking in the UK and internationally. Typically performing approximately 200 concerts each season and with a worldwide audience of more than half-a-million people, the Orchestra embraces a broad repertoire that enables it to reach the most diverse audience of any British symphony orchestra. While artistic integrity remains paramount, the RPO is unafraid to push boundaries and is equally at home recording video game, film and television soundtracks and working with pop stars, as it is performing the great symphonic repertoire.

The RPO collaborates with the most inspiring artists and this season welcomes its new Music Director, Vasily Petrenko, from September 2021. His appointment stands as a major landmark in the Orchestra’s history, signaling its determination to broaden the audience for orchestral music while enhancing its reputation as one of the world’s most versatile ensembles. He made his debut with the RPO at London’s Royal Albert Hall in March 2016 delivering a powerful interpretation of Mahler’s Symphony No.2, Resurrection. His rapport with the Orchestra’s players has been reaffirmed with subsequent London performances, and forthcoming plans include a series of Mahler’s choral symphonies at the Royal Albert Hall, the great works of English composers at the Southbank Centre’s Royal Festival Hall, and tours to Germany and leading European festivals.

In addition to the Orchestra’s annual season of concerts in London’s Royal Albert Hall, Southbank Centre’s Royal Festival Hall and its home Cadogan Hall, the RPO is a respected cultural ambassador and enjoys a busy schedule of international touring, performing in the world’s great concerts halls and at prestigious international festivals. The Orchestra has a long association with the US, from its inaugural 1950 tour under the baton of its Founder Sir Thomas Beecham, when it performed in a staggering 45 cities in just 64 days, to its most recent 14-concert tour in January 2020, featuring acclaimed performances directed by Pinchas Zukerman. In 2022, the RPO returns to the US for the first time in two years for a coast-to-coast tour in January, with performances in California, Florida, Virginia, New Jersey, and culminating with a grand finale in New York at Carnegie Hall.

Hailed by The Times as a “remarkable cellist” and described by Gramophone as “sheer perfection,” Kian Soltani’s playing is characterized by a depth of expression, sense of individuality and technical mastery, alongside a charismatic stage presence and ability to create an immediate emotional connection with his audience. He is now invited by the world’s leading orchestras, conductors and recital promoters, propelling him from rising star to one of the most talked about cellists performing today.

Recent orchestral highlights include the Vienna Philharmonic Orchestra, London Philharmonic Orchestra, Staatskapelle Berlin, and Boston and Chicago symphony orchestras. Soltani was Artist-in-Residence at the Schleswig-Holstein Musik Festival in July 2021 in which he curated concerts including a Persian evening with the Shiraz Ensemble. Soltani commenced a multi-year residency with Junge Wilde at Konzerthaus Dortmund in Autumn 2018. As a recitalist, Soltani has performed at Carnegie Hall’s Weill Recital Hall, Salzburg and Lucerne festivals, Wigmore Hall, and the Boulez Saal, where he was invited to curate an evening of cello music.

In 2017, Soltani signed an exclusive recording contract with Deutsche Grammophon and his first disc Home, comprising works for cello and piano by Schubert, Schumann and Reza Vali, was released to international acclaim in 2018. Soltani has since recorded discs including the Dvořák and Tchaikovsky Piano Trios with Lahav Shani and Renaud Capucon, recorded live at Aix Easter Festival in 2018 released by Warner Classics and Dvořák’s Cello Concerto with the Staatskapelle Berlin and Daniel Barenboim in August 2020. During the entirety of 2020, Soltani worked on his latest disc with Deutsche Grammophon which was released in October 2021. The disc, entitled Cello Unlimited, is a celebration of the cello and film music.

Tickets, priced at $42—$140, are available at the Carnegie Hall Box Office, 154 West 57th Street, or can be charged to major credit cards by calling CarnegieCharge at 212-247-7800 or by visiting the Carnegie Hall website, carnegiehall.org.

For events in Stern Auditorium/Perelman Stage presented by Carnegie Hall, a limited number of seats priced at $10, will be available day-of-concert beginning at 11:00 a.m. Monday through Saturday and 12:00 noon on Sunday until one hour before the performance or until supply lasts. The exceptions are Weil Music Institute and gala events. These $10 tickets are available to the general public on a first-come, first-served basis at the Carnegie Hall Box Office only. There is a two-ticket limit per customer.

Please note: To support a safe reopening for in-person events and in accordance with the advice of medical and public health experts, everyone entering Carnegie Hall this season will be required to show proof of full vaccination against COVID-19 with a vaccine approved by the World Health Organization (WHO). In addition, everyone on Carnegie Hall’s premises will be required to wear a properly fitting mask over the nose and mouth at all times.
# # #