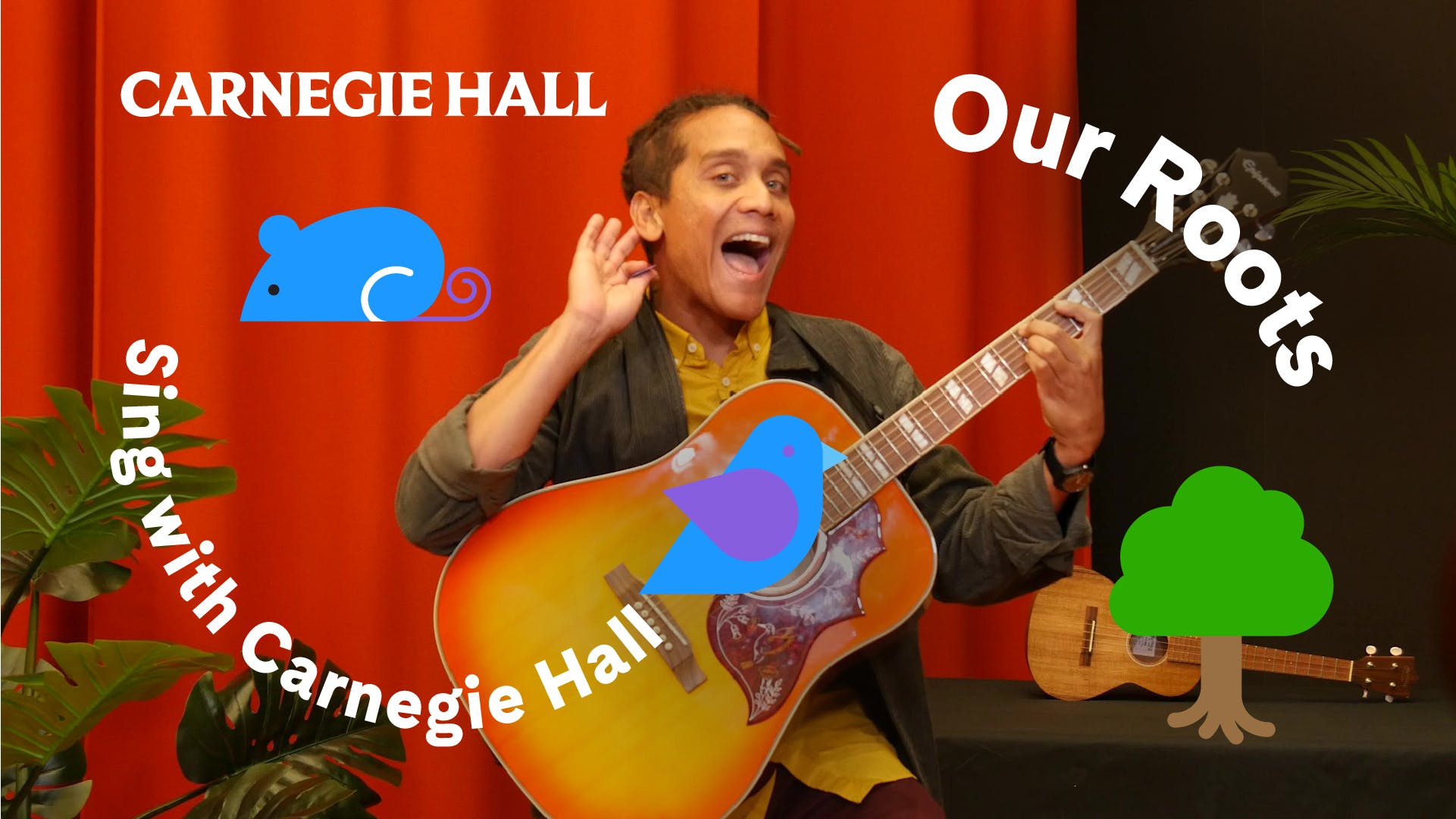 The short videos—each 15 minutes or less—premiere each Saturday from February 12 through March 12 on the Hall’s Facebook and YouTube page channels. Following the premiere, episodes are available for on-demand viewing on the Hall’s website at carnegiehall.org/sing. The full calendar of upcoming episodes is listed below.


Sing with Carnegie Hall returns after a successful first season in February 2021 that featured six videos that inspired kids to discover new music and move and sing to classic playtime songs. All of the episodes from the premiere run are available to stream for free on Carnegie Hall’s website.

Over the past two years, Carnegie Hall has significantly expanded its free digital offerings for families, collated in a family resource page, which is filled with fun activities that promote musical learning and play with children. Favorite activities include a video for parents on singing a simple lullaby; an animated video series featuring music from Camille’s Rainbow, a new early childhood performance for babies; tips on writing and singing your own lullaby; a playlist featuring a collection of Lullaby Project favorite songs for singing with your baby; interactive games; and coloring books that help children learn about musical instruments and icons, such as Duke Ellington.


About Carnegie Hall’s Weill Music Institute
Carnegie Hall’s Weill Music Institute (WMI) creates visionary programs that embody Carnegie Hall’s commitment to music education, playing a central role in fulfilling the Hall’s mission of making great music accessible to as many people as possible. With unparalleled access to the world’s greatest artists, WMI’s programs are designed to inspire audiences of all ages, nurture tomorrow’s musical talent, and harness the power of music to make a meaningful difference in people’s lives. An integral part of Carnegie Hall’s concert season, these programs facilitate creative expression, develop musical skills and capacities at all levels, and encourage participants to make lifelong personal connections to music. The Weill Music Institute generates new knowledge through original research and is committed to giving back to its community and the field, sharing an extensive range of online music education resources and program materials for free with teachers, orchestras, arts organizations, and music lovers worldwide. More than 800,000 people each year engage in WMI’s programs through national and international partnerships, in New York City schools and community settings, and at Carnegie Hall. This includes more than half a million students and teachers worldwide who participate in WMI’s Link Up music education program for students in grades 3 through 5, made possible through Carnegie Hall partnerships with more than 110 orchestras in the US, as well as internationally in New Zealand, Canada, China, Japan, Kenya, and Spain.